The action inside the Atlantis Resort in the Bahamas at the 2019 PCA is as hot as it is outside on the beach. Chris Hunichen holds the chip lead at the $100,000 Super High Roller final table, and Alexander Kharkov bagged the biggest stack on Day 1A of the Main Event. 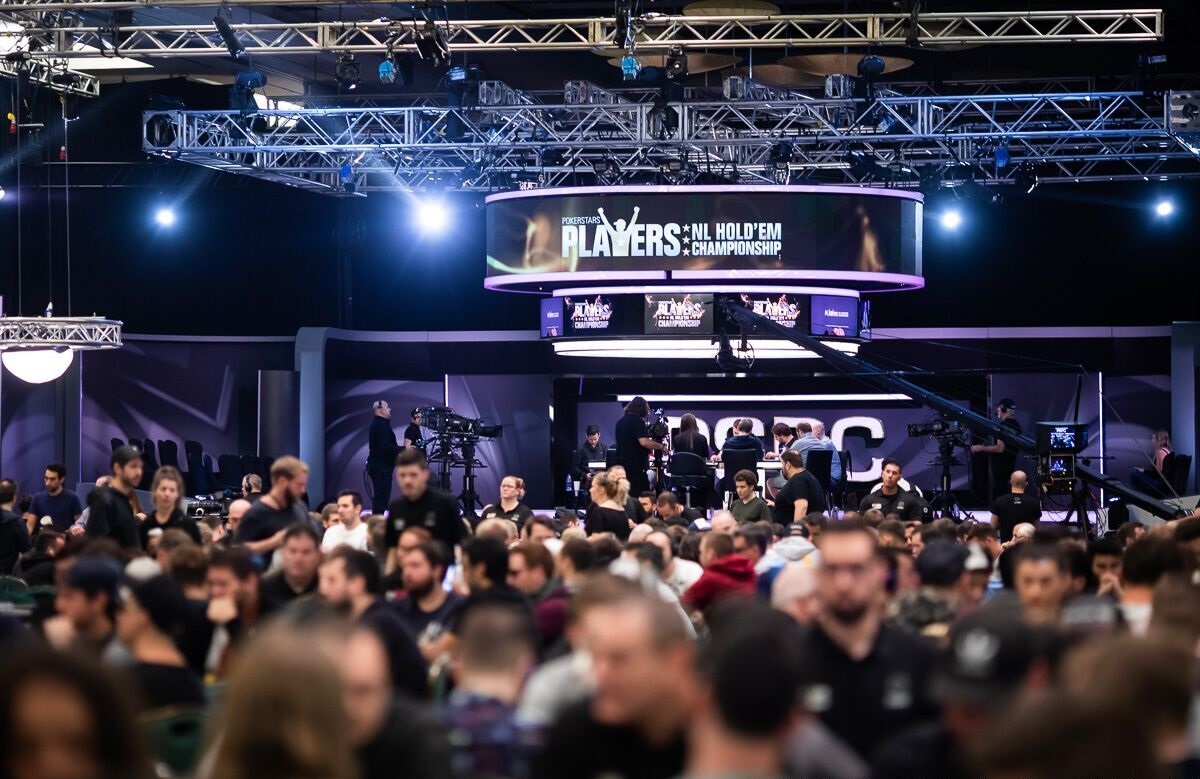 After the PSPC ended, players still stuck around to compete in other exciting events at the 2019 PCA. (Image: pokerstars.com)

Day 1B of the $10,300 Main Event kicks off Saturday, followed by Day Two Sunday. The first session drew 356 players with 135 advancing.

While Kharkov likely left the casino in good spirits, it’s far too early to celebrate. Day One chip leaders rarely win massive field tournaments. That’s not to say we’re predicting he’ll fade, but you shouldn’t ever get too excited early in a tournament.

Still, ending Day One with the biggest stack sure beats busting or bagging a stack so tiny you can barely see it. The Russian who plays online at PokerStars finished with 350,000 chips, well ahead of anyone else. Joey Weissman is in second place with 267,000. Many big name pros advanced to Day Two, as did former NFL star Richard Seymour, although he bagged one of those teeny tiny stack (7,200).

Day 1B is already underway and many other top pros are at the tables. Once Saturday’s play concludes, the players from both sessions will merge for Day Two on Sunday.

Most poker players think of pros such as Justin Bonomo, Stephen Chidwick, and Fedor Holz when asked who are the top high rollers. But there are others who probably don’t get enough respect. Take Talal Shakerchi, for example.

Winning the $1.77 million first place prize won’t help him financially. He’s already extremely wealthy. But it could gain him more respect within the high-stakes community. Shakerchi, with 42 big blinds, has the smallest stack out of five remaining players, however.

Play resumes at 1:30 pm ET on Saturday. You can watch it on a 30-minute delay over on Twitch.