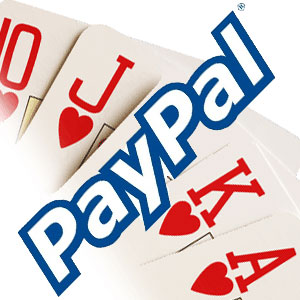 Paypal reveals business relationship with Iovation, the company once involved with UltimateBet and allegedly involved in online poker scandal cover-up.

It was recently revealed that e-wallet Paypal disclosed via its privacy policy that it partners with Iovation for risk information services. John Mehaffey of US Poker discovered the link between the two companies, sharing that Iovation is used to retrieve risk information via the IP and device from which Paypal is accessed by customers, as well as research and testing for new products and services.

Further, Paypal states that the use of Iovation as a third-party vendor also can include the company having access to “IP and hardware information” about any customer’s device, such as their computer or mobile device.

Iovation does not have a pure reputation within the poker community. Greg Pierson was the CEO and co-founder of Iovation, and he was one of the people implicated in the UltimateBet online poker cheating scandal cover-up. Former coworker Travis Makar accused Pierson of working with Russ Hamilton to keep the scandal from the public, and the “UltimateBeat” documentary goes further to imply that Pierson was linked even more directly to the scandal.

UltimateBet used Iovation’s technology to obtain customer information for the company, and many who have investigated the former partnership gleaned that Pierson himself may have known about and even possibly assisted in the cheating that occurred on the site. While no charges have ever been filed or prosecution pursued, the mere fact that Pierson was so closely connected to accused criminals in the UltimateBet scandal has put the poker community on edge about the man and his company for years.

Even further, Iovation was once partnered with Absolute Poker, from which cofounder Brent Beckley was indicted by the United States Department of Justice on gambling charges and Scott Tom was indicted but never served time. The connections between Pierson and the others were more than coincidental, as shown by evidence through the years.

There was an attempt by Iovation to reconnect with the poker industry. Iovation offered a service to online security company Verifi and its subsidiary CAMS, which was hired by Nevada’s Ultimate Poker online poker site to provide player verification services. However, despite the relationship being somewhat distant, many in the poker community were outraged that any connection to Iovation was allowed by the tight controls put in place by the Nevada Gaming Control Board.

In response to the attention brought to the subject, CAMS replaced Iovation with IDology for the Ultimate Poker partnership. While Iovation may still be used with CAMS and even IDology admitted to a previous relationship with Iovation, the company is no longer directly associated with online gaming.

Even so, Iovation has many relationships with prominent companies around the world. Besides Paypal, Pierson’s company is known to provide services for credit services like Experian and Equifax. 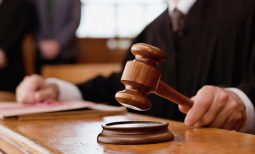