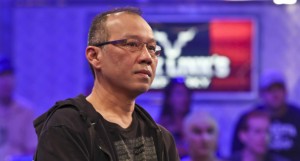 Lawyers for defendants in the Paul Phua sports betting case say that federal agents impersonated repair technicians after turning off Internet access to three Caesars Palace villas in order to collect evidence. The legal team for four of the eight defendants have filed a motion in federal court to dismiss evidence by challenging that practice.

According to the attorneys, the FBI utilized the tactic, despite the fact that assistant US Attorney Kimberly Frayn advised against it. In a recorded conversation, she told FBI agents that there was a “consent issue” with using such a method for gathering evidence.

Typically, investigators must obtain a warrant to inspect an individual’s property in the United States, unless that person waives their constitutional protection against unreasonable searches.

The investigation into what was happening in the villas took place in early July, after employees for the resort noticed that the tenants were asking for an unusual amount of electronic equipment and technical support. After one electrical engineer told security officials that at least one of the villas seemed to be hosting an illegal gambling operation, law enforcement was contacted to investigate further.

FBI agents then spent two days working with the computer contractor for the hotel, along with the Nevada Gaming Control Board, to shut off Internet access in the villas at various times. They then impersonated repair personnel to gain access to the suites, and recorded video while they were inside. Those videos were in turn used as evidence to obtain a warrant to arrest the defendants.

Defense lawyers said they only figured out how the FBI had gained access to the suites after overhearing an official make a reference to cutting the Internet access on one of the videos agents recorded.

“They were trying everything they could to get inside without a warrant,” defense attorney Thomas Goldstein told the Associated Press.

Tactics Unlikely to Hold Up in Court, Says Former Prosecutor

So far, the FBI has referred questions about their methods to the US Attorney’s Office in Las Vegas. A spokeswoman for US Attorney Daniel Bogden has in turn declined to answer questions given the ongoing nature of the case. But it’s highly questionable as to whether those tactics will ultimately hold up in court.

Paul Phua and son Darren Phua were among eight defendants who were arrested in the case after the raided on the Caesars Palace villas. Those arrested face charges of operating an illegal gambling business and the transmission of wagering information. Officials have also alleged that Paul Phua is a high-ranking member of the 14K Triad, one of the largest organized crime groups in the world.

Paul Phua is well-known for playing in high-stakes poker games in Macau, as well as major tournaments around the world. Those connections ultimately led to an outpouring of support from the poker community, as Phil Ivey and Andrew Robl combined to pay $2.5 million towards the bonds of Phua and his son. Tom Dwan was also a strong supporter of the Phuas, having been with them at the time of their arrest and talking to lawyers at some of their early court appearances.