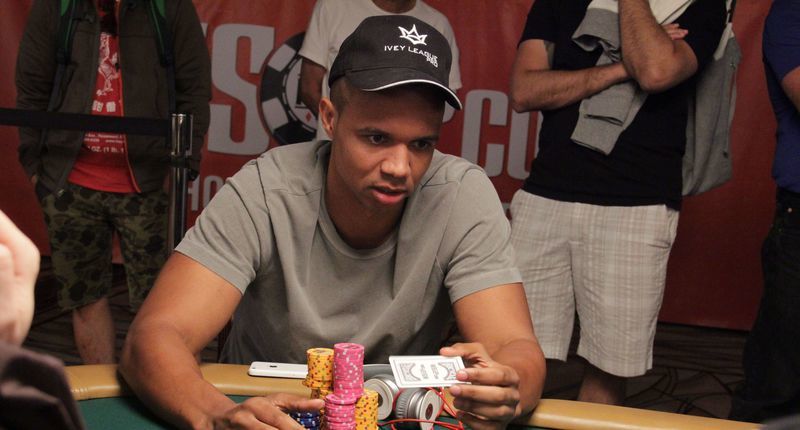 Phil Ivey shelled out $1 million in bail money for his buddy Paul Phua and his son Darren last summer, which was exceeded by fellow pro Andrew Robl’s $1.5m. Now it looks like a judge has given Phua’s defense case new teeth.(Image: cardplayer.com)

Paul Phua’s legal team has played its trump card and, according to reports, the gamble has paid off, as the bulk of the evidence obtained by the FBI in Phua’s illegal sports betting trial has been dismissed.

Back in July 2014, the millionaire businessman and high-rolling poker player found himself in trouble with US authorities following a raid on luxury hotel villas inside Caesars Palace in Las Vegas. The raid followed an investigation that alleged Phua and his henchmen were running an illegal sports betting operation from a massive set up inside the villas, during last summer’s World Cup.

After suspecting Phua and his associates of operating an online sports betting syndicate inside their luxury rooms, the FBI put together a plan to investigate the scene and seize evidence. The FBI’s plan involved cutting off Internet access to Phua’s rooms, which forced the unsuspecting group to call hotel services to fix the problem.

Working in conjunction with Caesars Palace, FBI agents then posed as maintenance men in order to gain access to the suites. After entering and taking as much evidence as possible, agents later returned to arrest Phua and his friends.

Phua and his associates were arrested and charged with running an illegal online World Cup betting ring. Moreover, evidence in the form of computer hard drives and equipment was seized as evidence while Phua was detained.

After working with his legal team, plus with help from a group of celebrity poker players, including Phil Ivey and Andrew Robl, who posted his bail, Phua was released, and since that time his legal team has been fighting charges of running an illegal gambling operation.

Despite a number of his associates, including his son Darren, pleading guilty to lesser charges, Phua senior has worked to clear his name completely, and that decision appears to have paid off. Following a hearing on Friday, Judge Andrew Gordon ruled that the FBI had violated its powers in an attempt to ensnare Phua.

According to Gordon, this strategy was not only illegal, but one that could threaten the liberty of everyone in the US.

“Permitting the government to create the need for the occupant to invite a third party into his or her home would effectively allow the government to conduct warrantless searches of the vast majority of residences and hotel rooms in America,” said Gordon.

By ruling against the FBI’s tactics, Gordon has also set a legal president that he believes will help protect other Americans.

“The government need only disrupt the phone, cable, Internet, or some other ‘non-essential’ service, and reasonable people will opt to invite a third party onto their property to repair it, unwittingly allowing a government agents into the most private space to view and record whatever and whomever they see,” Gordon explained.

As a result of Gordon’s ruling, the FBI has been forced to withdraw the evidence it had collected from the raid on Phua’s room. Moreover, it means the government agency will have to exclude Phua himself as evidence, which means, if the case is to going to continue, it will have to rely on weaker corroboration in order to convict Phua.

Gordon’s ruling mostly reinforces a previous recommendation made by US Magistrate Judge Peggy Lean, offered up in February.

Ivey’s such a boss 🙂