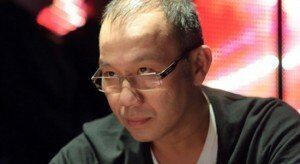 Paul Phua gets a lifeline. The FBI’s search warrant application was “fatally flawed” and full of “false and misleading statements,” said the judge.

Paul Phua has been dealt aces in his bid to escape a stiff sentence for his role in the Caesars Palace World Cup betting ring.

Following a four-day hearing, US Magistrate Judge Peggy Lean has recommended that the majority of evidence gathered by the FBI during an undercover surveillance operation should be dismissed.

FBI agents first turned off Internet access to three luxury at Caesars Palace, which were allegedly being used as a base by the ring, before posing as a repair technicians in order to gain access and obtain evidence.

According to US law, authorities must either obtain a search warrant or suspects must waive their constitutional protections against unreasonable searches, and evidence which is deemed to have been collected improperly should not be submitted at trial.

The defense team has argued that the Fourth Amendment rights of its clients, Phua and his son Darren, have been breached.

While Leen ruled that FBI agents were actually acting within their authority when they carried out the sting, and that the ruse itself did not violate the constitutional rights of the defendants, she found flaws with the sworn affidavit made by FBI agents when seeking a judge’s permission to search the villas.

This, she said, was full of “false and misleading statements,” and even without these statements the affidavit was “fatally flawed” and lacked probably cause to justify a search.

She also criticized the failure of agents to disclose the ruse to judge Nancy Koppe when seeking approval for a search warrant.

Moreover, investigators implied in the affidavit that they had far more evidence linking Phua to the betting ring than they actually did.

“The investigators’ suspicions that Phua was engaged in illegal sports betting at Caesars Palace may be borne out by the evidence recovered in the execution of the warrant,” she said. “However, a search warrant is never validated by what its execution recovers.”

“This is a triumph for citizens everywhere, showing that courts will enforce the constitution,” said Phua’s attorney, David Chesnoff. “I’m pleased that her honor recognized that law enforcement must not be reckless nor omit vital information when seeking a warrant.”

It certainly represents a huge blow to the prosecution team, which has acknowledged it will have a hard time proving its case against Phua without the help of the FBI’s evidence.

Documents submitted by the defense team reveal that, while all three villas were searched, and were linked up to the special high-speed internet connection that first aroused suspicion among Caesars Palace staff, only one villa was being used as what investigators described as an “illegal wire room.”

The internet in the villa rented by Phua was being used occasionally, and mainly to watch World Cup games.

Federal prosecutors may lodge an appeal against the ruling within 14 days.

wow, slipped off. hope he uses it as a kick in the butt.

I’m shocked, just shocked that the FBI breaks the law. ; )