After a wild Sunday that saw both conference finals go to overtime, the New England Patriots were initially posted as slight underdogs to the Los Angeles Rams in the 2019 Super Bowl – but it didn’t take long for those roles to reverse. 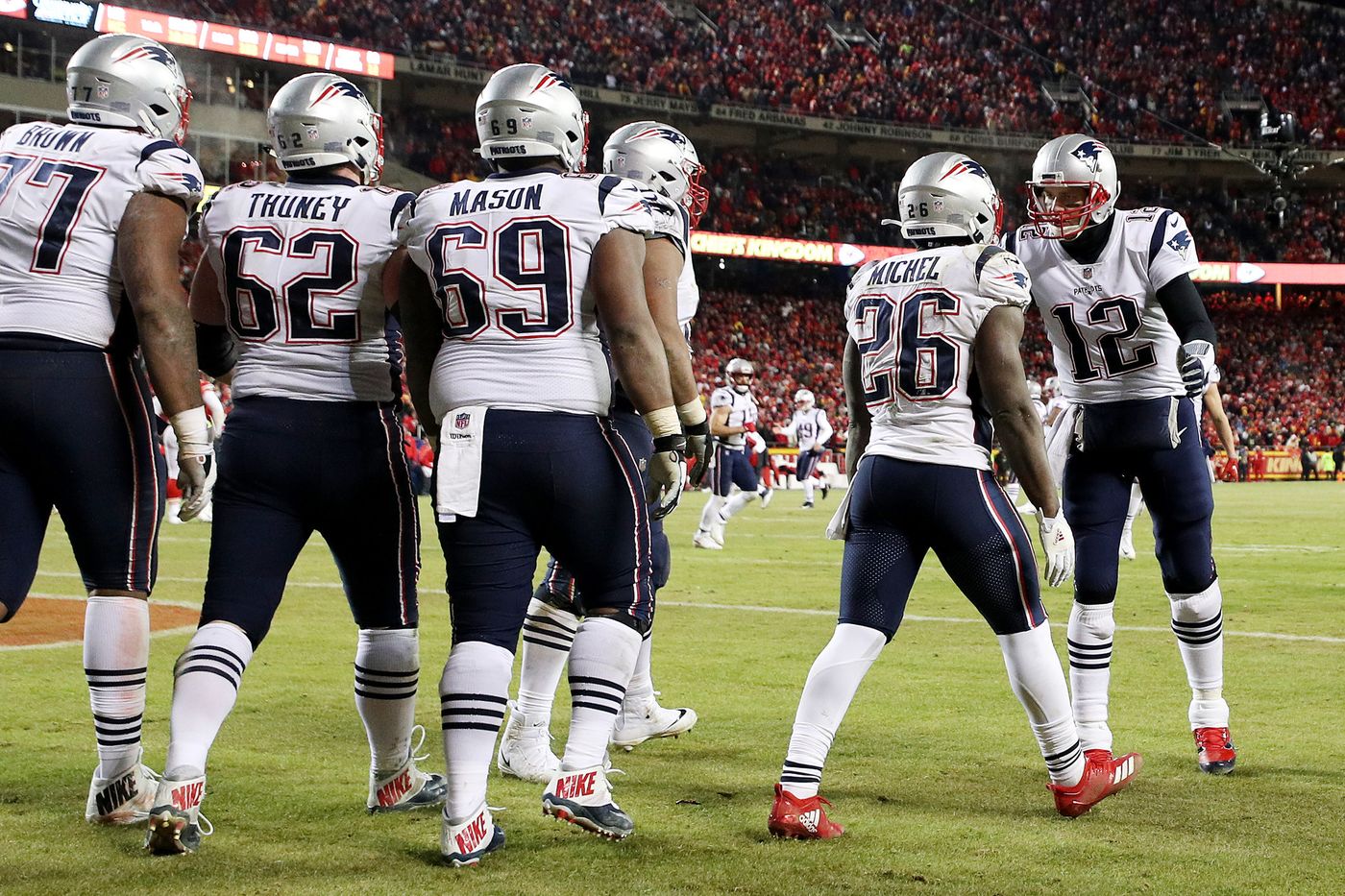 The New England Patriots quickly became the favorites in the 2019 Super Bowl after opening as an underdog to the Los Angeles Rams. (Image: Patrick Smith/Getty)

When Patriots running back Rex Burkhead scored in overtime to defeat the Kansas City Chiefs 37-31 in the AFC Championship Game, most sportsbooks had the Rams as a slight favorite for the title game, with some opening the matchup at pick ‘em.

But that only lasted for a few minutes. Money flowed in on the Patriots, with the consensus line at venues like the Westgate Las Vegas SuperBook settling at Patriots -1.5 not long after Sunday’s action ended.

There was some historical significance to the opening line. The last time that the Patriots have been the underdog in a Super Bowl was in 2001 – when New England went to their first championship game with Tom Brady at quarterback. That year, Brady and head coach Bill Belichick won their first Super Bowl, defeating a heavily favored Rams team known as “The Greatest Show on Turf” due to their high-scoring offense.

The Patriots were 14-point underdogs that year, but have been favored in six other Super Bowls since then. The one exception came when they played the Seattle Seahawks in 2015, when the game closed at pick ‘em.

Bookmakers are also expecting a lot of points to be scored in this year’s matchup. The over/under has been initially set at 58, which would be the highest in Super Bowl history – one point more than when the Patriots played the Atlanta Falcons in 2017.

Both the Rams and New England were among the preseason favorites to reach the Super Bowl, with Los Angeles being a particularly trendy pick heading into the year. According to a report by ESPN, more futures bets were placed on the Rams to win the Super Bowl than on any other team at the Westgate.

According to Las Vegas bookmakers, the combination of a premier franchise in New England and a big market opponent in the Rams could spell success for the betting industry.

“Having LA in the big game ain’t bad for Vegas bookmakers,” Stations Casino vice president of race and sport Art Manteris told ESPN. “Do I worry about one-sided action because of our proximity to LA? Not one bit. Just excited about the potential extra handle.”

The Rams reached the Super Bowl by defeating the New Orleans Saints 26-23 in overtime. Los Angeles was aided by a missed pass interference call that would have allowed the Saints to run out the clock before kicking a short game-winning field goal at the end of regulation. Instead, New Orleans had to take the kick with nearly two minutes left on the clock, allowing Los Angeles time to respond and tie the game before Greg Zuerlein kicked a 57-yarder to win the game in overtime.

Meanwhile, the Patriots are in the Super Bowl for the third consecutive year and the ninth time in 18 seasons after surviving a fourth quarter comeback by the Kansas City Chiefs.

This is certainly LA’s game to lose. Even though Brady/Belichick always seem to win.

the patriots deserve to win , specially after opening as an underdog , i really liked that the patriots won this , a very huge surprise , and a very good thing for betors .