It happens to the best of us, as Patrik Antonius has discovered. We get married, have kids, and suddenly a lifestyle that once seemed glamorous and adventurous becomes burdensome and tiresome. For the former tennis coach and model, life has settled down, and while Antonius is just fine with that, he does miss one thing: the nosebleed games of yore from the old days in Bobby’s Room at the Bellagio. 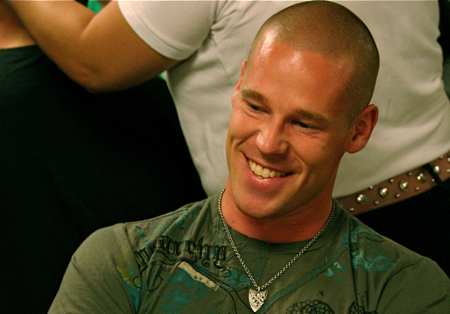 Bringing the action closer to home, Patrik Antonius now hopes to set up a high-stakes poker room for cash game players in his adopted country of Monaco. (Image: bankrollmob.com)

The 36-year-old Fin, who has lived in Monaco since 2008, is now rumored to be working on changing that reality, by setting up his own poker room in his chosen country that would be able to accommodate the big money games. It is a shift from his earlier days, when he traveled constantly for tournaments, playing all over the world.

Now married with (two) children, the prospect of hopscotching across the globe for work is not nearly as appealing as it was when he was single and just starting out in his career.

Cutting Back on the Grind

For 10 years starting in 2005, Antonius was a fixture on the tournament scene, playing in several high-profile events as a representative for Full Tilt Poker. He placed first seven times and a pair of runner-up finishes paid him more than $2 million. Ultimately, he amassed more than $6.7 million during that period.

But he became a little burned out with the rigors of tournament play and scaled back on his appearances, focusing more on cash games in Europe. He increased his online poker play as well.

His absence is apparent in Antonius’ Hendon Mob statistics. He had one cash in 2015, when he placed 71st at the European Poker Tour’s  € 5,000 + 300 No Limit Hold’em Event and had no recorded tournament money earned last year.

He’s fared well so far at the PokerStars Championship Main Event in Monte Carlo where he ended Day 2 in the #3 spot. Action resumes on Tuesday at noon local time.

Still Has the Bug

Though he’s cut back on his tournament play, Antonius hasn’t retired from the game. He’s planning on coming to Las Vegas for WSOP 2017 and is contemplating entering a couple of events.

But in general, rather than go to high-entry events, he’d rather they come to him. That could be achieved by having a marquee poker room, possibly at the Monte Carlo Casino (The one in Monte Carlo, not the one in Las Vegas, of course).

There are several professionals who make their home in Europe and might enjoy the shorter hop to Monte Carlo. Of course, if the game is lucrative enough, American pros will be happy to make the flight to play with Antonius and others as well. That point was driven home by the entrants in last weekend’s €100,000 Super High Roller at Monte Carlo, where American Bryn Kenney won and the final table had players from Russia, Canada, Germany, and the Czech Republic.