Pascal Lefrancois, the topless WSOP bracelet winner, added another title to his collection on Sunday. The Canadian topped a field of 31 players in the WPT World Online Championships Super High Roller to win $315,812. 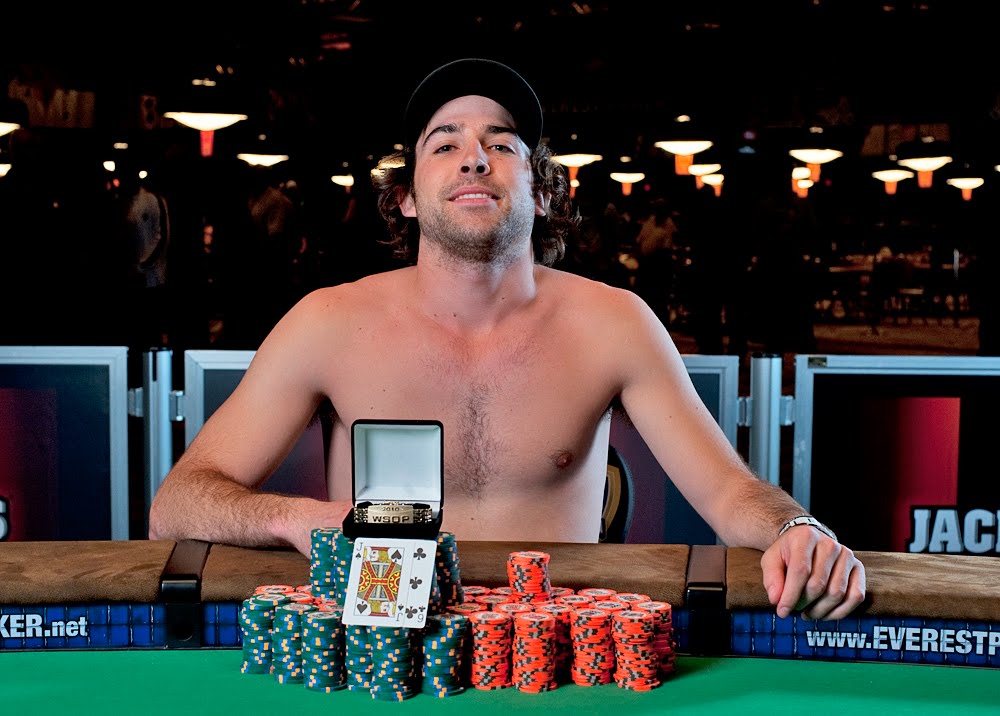 Lefrancois shot to fame in 2010 after winning a $1,500 WSOP event without his shirt on. His unorthodox strategy not only earned him a $568,974 payday, but a certain notoriety within the poker community.

Lefrancois’ victory in the $25,500 Super High Roller is his second WPT title, but whether he played topless is unknown. With the action taking place online at Partypoker, the playful Canadian may have been completely nude for all anyone knows.

Regardless of what he was wearing during the one-day event, Lefrancois came out on top after beating a tough field.

Partypoker advisor and Dusk Till Dawn owner, Rob Yong, fell just short of the money, as did Ali Imsirovic and Michael Addamo. Only five of the final six would receive a return on their investment, and the unfortunate bubble boy was American pro, Nick Petrangelo.

Everyone who made the money was guaranteed at least $54,250, but all wanted the honor of winning a WPT World Online Championships title. However, there could only be one winner, and that was Lefrancois.

He outlasted the likes of Isaac Haxton and Mikita Badziakouski before beating Jake Schindler heads-up. The win is another notch on the Canadian’s belt, taking his career earnings above $5.5 million.

Lefrancois’ Super High Roller victory was impressive, but it was made all the more noteworthy by his performance in the WPT High Roller. Also taking place on Sunday, the $10,300 event attracted 38 players.

Lefrancois made his way to the final table, but couldn’t juggle two high-pressure situations at once. Despite falling short of a second title, he finished in a commendable fifth place for $26,600.

Petrangelo, who missed out on some money in the Super High Roller, managed a better showing in the day’s other high-stakes MTT. He pushed Timothy Adams to the wire until they agreed to a deal.

The day clearly belonged to Lefrancois, though Partypoker and the WPT can also count themselves as winners, as both high-stakes events surpassed their guarantees.

So far, every WPT World Online Championships main event, barring Event #1, has exceeded expectations. A fact that confirms the festival’s status as a credible alternative to the WSOP’s online series.