Changes to the ecosystem continue to be introduced at Partypoker, with the online poker room now saying it will require the use of real names in some high stakes cash games starting next month. 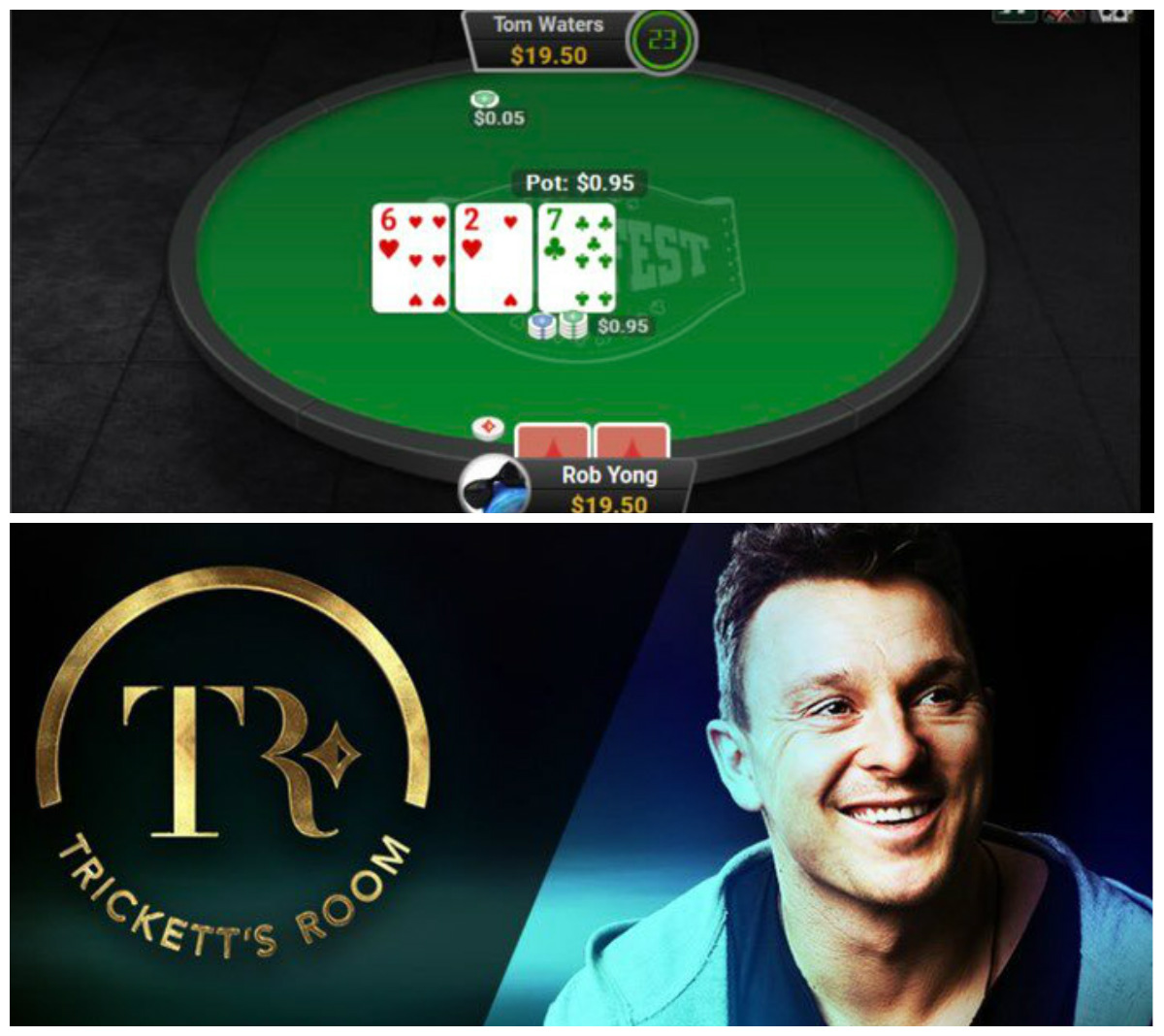 Partypoker will soon test the use of real names in select high stakes cash games, such as those in the relaunched Trickett’s Room. (Images: Rob Yong/Twitter)

The change, which is scheduled to be used only on a trial basis in August, seemed to be popular among those who responded to a poll posted by Partypoker partner Rob Yong on Twitter over the weekend.

Poll Shows Support, But Many Argue Against Change

As of Tuesday afternoon, the poll had received just under 6,000 votes, with 67 percent of respondents saying that they thought the use of real names would be a good idea. 16 percent disagreed, with 18 percent saying they didn’t care either way.

In follow-up tweets, Yong pointed out that only the players at the table would be able to see real names, with the possible exception of some special events.

“I expect this to be unpopular with ‘known pros,’ as obv you would know you’re playing against an elite professional player,” Yong wrote. “But maybe a recreational player/businessmen should know this?”

While the overall reaction in the poll may have been positive, however, many individuals responded to Yong’s question with serious concerns over the use of real names in online poker. There were questions of harassment and swatting, with women in particular worrying that that such a change might compromise their safety when playing online.

Yong suggested that it might actually be an advantage for “ladies,” saying that he had seen male players soft play their female counterparts.

The fact that women have to weigh the benefits of soft play with the risks of being stalked and murdered tells me that this is a bad idea,” replied Sunryzen. “If it’s always an optional thing, where only select tables will have it, no problem. But not as a requirement.”

When Yong asked why someone would stalk a person they played online poker with, that provoked a stronger response.

“The fact that you would ask this actually makes me angry,” Sunryzen replied. “Usually women end up being stalked by people they player games with online due to delusional thoughts of the stalker. The stalker builds up a relationship in their mind that doesn’t exist.”

For the moment, the idea would only be to use the real names in a limited number of high stakes cash games, which seemed to be an idea that caused less controversy than a potential wider implementation in the future.

While only players at a table will generally be able to see the names of their opponents, one exception to this rule has already been mentioned. According to Yong, the relaunched Trickett’s Room will feature cash games ranging from 25/50 to 250/500, and will only be open to professionals and other VIPs that have been personally approved by Yong himself. All games would be subject to “dedicated game integrity checks” as well as “agreed etiquette rules.”

For regular games in Trickett’s Room, the normal rules will apply. However, Yong has also mentioned a monthly “Big Game” that would be streamed with commentary, which would feature invited players who would be playing under their real names for those streams.

I don’t know about this I guess is ok to play with your real name it should be ok … now in partypoker you can even see the country of your opponent I guess you’ll have to be careful with your social media if you’re a high stake player that prefers to remain anonymous or not drag that much of attention for your life other than that I don’t see criminals playing high stakes to get information of your name and kidnap you or something … me personally don’t like this but is just my opinion… the only thing that I ask myself is : is this good for Poker? This will bring more recreational players? don’t know yet let’s see how it goes one thing is for sure, revolutionary changes are not always well seen at first good luck for party !

Helo. I wanted to get know if possible to play in this freeroll without deposit? Thank you.