Earlier the year, Partypoker made the controversial decision to eliminate downloadable hand histories from its site as a way to stop players from effectively using heads up displays (HUDs) filled with information on their opponents. Last week, Rob Yong announced that hand histories would finally be coming back to the site, though in a different form. 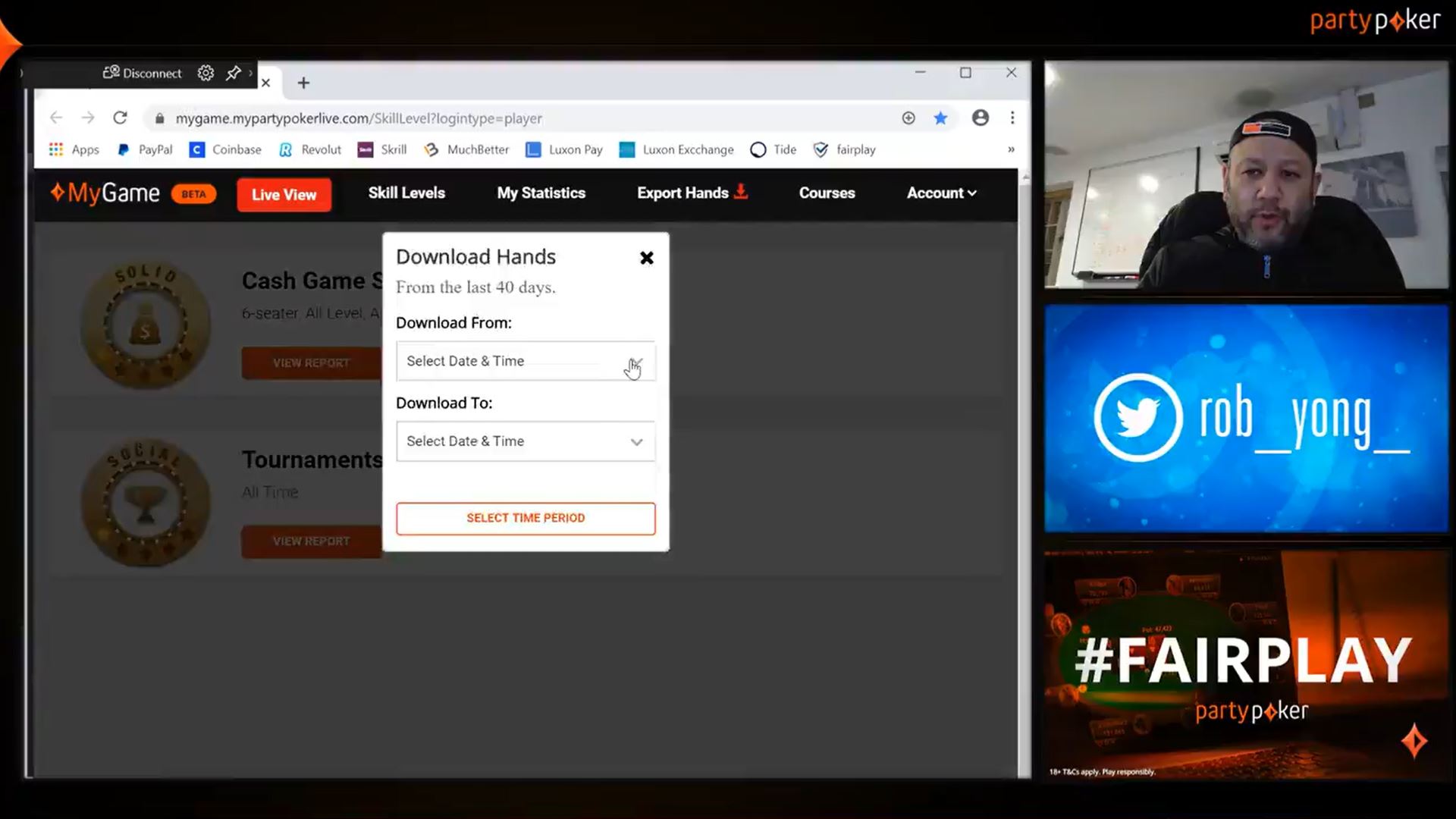 Downloadable hand histories are back at Partypoker, though information on all opponents has been anonymized. (Image: Rob Yong/Twitter)

Yong posted a video on Friday explaining that Partypoker players would once again be able to download their hand histories from the site, but that they would contain no identifiable information about opponents.

According to Yong, both PokerTracker and Hold’em Manager were contacted to ensure that these new hand histories would be compatible with the popular tracking programs.

We committed that when we were absolutely 100 percent confident [that the encryption methods were effective], we would allow players to download their hand histories, but anonymized,” Yong said in a video. “Because we’ve never been against – and I certainly haven’t – players using hand histories to track their results, track their play, to improve their game.”

Yong acknowledged that what he, and others at Partypoker are against, is the use of hand histories to track the play of opponents, which he says, gives experienced and professional players an even larger edge against the casual player base. When hand histories were eliminated on the site, HUDs were also banned, a rule that remains in place.

Re; As promised, Hand Histories [anonymous only] are now available to download @partypoker in 'mygame' tab. Apologies for delay but wanted to be 100% happy with encryption. We have also contacted @PokerTracker @holdemmanager so they can make exporting compatible. KTF Rob ? pic.twitter.com/gUYBCUCiV3

Yong says that since the new hand histories will only allow players to track their results, and not those of other players, they shouldn’t create an uneven playing field.

The new hand histories feature has already gone live, and can be found in the MyGame function of the Partypoker software. There is now an export hands option that allows players to choose a date or time range from which they would like to download all of their hands played, with users able to go as far as 40 days back to get their hands.

In follow-up answers to questions received about the feature on Twitter, Yong said that the hand histories should also allow players to properly track their tournament winnings on the site. Partypoker Community Manager, Colette Stewart says a similar feature will “hopefully” be available at Bwin Poker in the first quarter of 2020.

While many players have generally been supportive of the moves made by Partypoker to improve the room’s ecosystem, the decision to remove downloadable hand histories was probably the most controversial decision from the operator. Partypoker officials said that allowing hand histories and HUDs made it virtually impossible for new players to win, as they were not only outgunned strategically, but also technologically.

Many believed the move to remove hand histories would make it harder for players to detect and police cheating, as hand histories have sometimes been used to help detect collusion, superusers, and other types of fraud. That argument was also made by representatives from Hold’em Manager, who said that games would be less safe without hand histories, and that Partypoker was essentially asking players to simply trust their security team with no way to verify that they were effectively protecting game integrity.

Very good news! Now you can track your game, and you are unlucky to understand, or you are just giving money! Keep it up Patipoker! The main thing is not to stop there!