Partypoker is preparing to host its latest Live Millions event and give players more value, this time around the sandy surroundings of casino Baha Mar in the Bahamas. 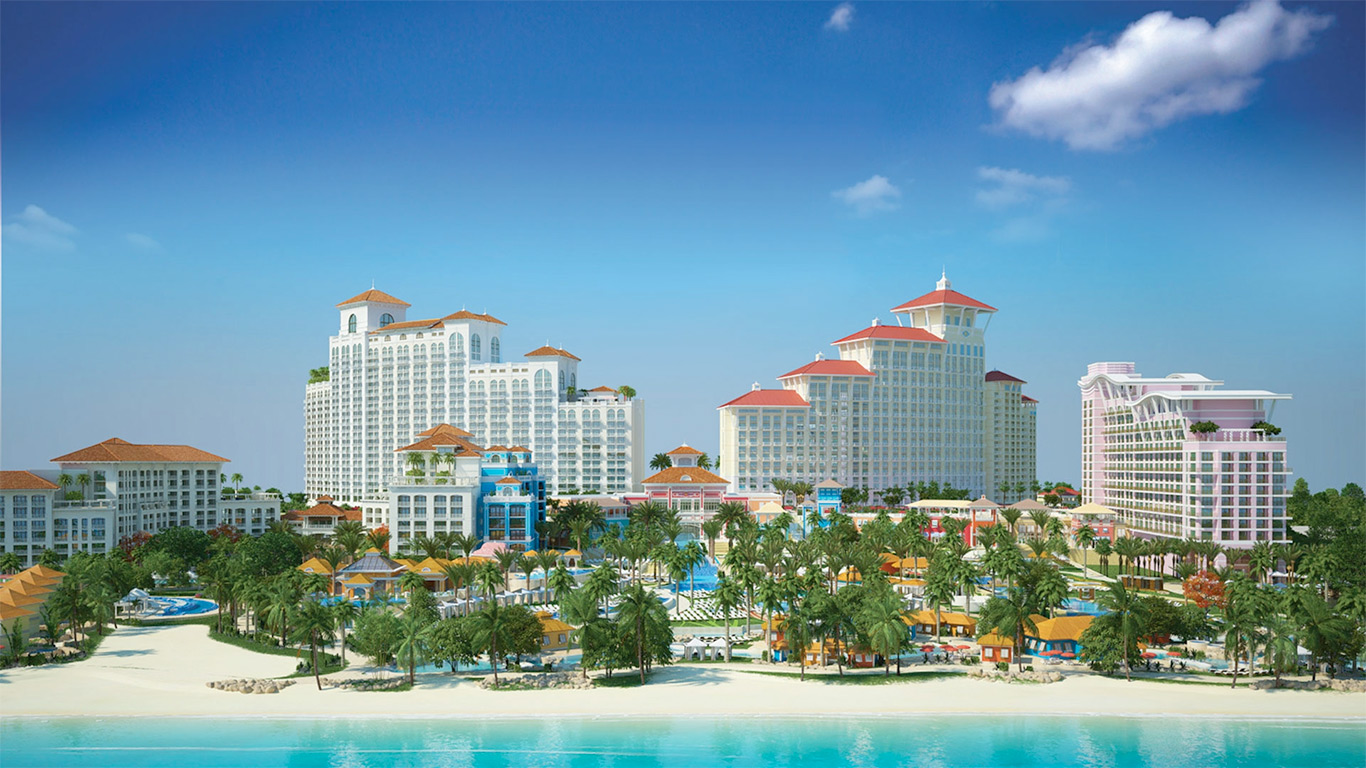 Partypoker is heading to the Baha Mar Hotel & Resort in the Bahamas for a series of tournaments dubbed the Caribbean Poker Party. (Image: bahamarbahamianriviera.com)

Dubbed the Caribbean Poker Party, the festival gets underway on November 9 and will feature 12 events and a guaranteed prizepool of more than $10 million. Topping the bill will be $5,300 Main Event for which Partypoker will be running a host of satellites during the nine-day series.

In addition to the main event, three super high rollers are on the docket. Kicking off the Caribbean Poker Party will be the $25,500 Millions World before $50,000 and $250,000 showdowns get underway on November 12 and 14, respectively.

Ahead of the event, Partypoker said it expected upwards of 2,000 players to travel to the Bahamas, with some of them using the company’s new Live Dollars currency. Launched in 2017, the tournament currency can be used for tournament buy-ins as well as flights, accommodation and more during Partypoker events.

In offering Partypoker Live Dollars, the operator is aiming to give more added value to players and develop a self-sustaining ecosystem around its tournaments. As well as earning the operator recognition for customer care at the recent EGR Awards, the innovation ties in with John Duthie’s mission to make Partypoker Live the go-to series for players.

After being named as the tour’s CEO in February 2017, the European Poker Tour (EPT) founder said that too many competitors had lost sight of their original values.

“I believe there is a gap in the market for an operator whose primary focus is poker and who will listen to, and work with, the poker community as this was something that was absolutely key to the growth and success of the EPT,” Duthie wrote on the Partypoker blog in February 2017.

Building on this, Duthie has overseen a number of innovations, with the Caribbean Poker Party being the latest. With that being the case, the forthcoming festival will not only feature events aimed at  professionals, but a selection low stakes tournaments and off-the-felt hospitality for casual players.

Awesome, nice to see party poker advancing and competing with the top poker venues to give their members all types of opportunities to play and enjoy some leisure time while away. Still, want to play this but will have to wait till next year