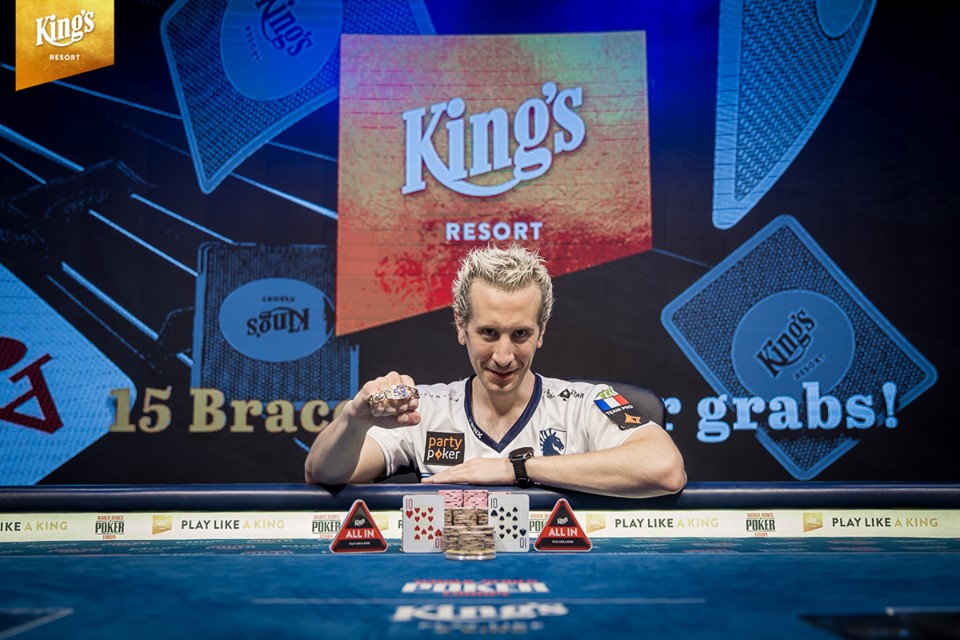 All eyes were on Deeb on Monday. Could he make it into the top five in the Colossus and snatch the POY title from Negreanu? The answer, as we’ve already mentioned, was no. He was the first player eliminated in the final 2019 WSOP Europe session, and took home €13,564.

Once Deeb exited King’s Casino in Rozvadov, Czech Republic, the focus turned to Partypoker pro Bertrand “ElkY” Grospellier, the biggest remaining star, and one of the top players in the game.

“ElkY” was down to just eight big blinds at one point on Monday, but a couple of fortunate double-ups put him right back in contention.

“Once I won the two all-ins, it put me into the lead, and I had a good run after that, and I am really happy with the result,” the Partypoker ambassador said in his post-game interview.

By the time “ElkY” was heads-up for the bracelet, he had about a 1.5-1 chip advantage over Avraham Dyan. He never relinquished that lead, and finished his opponent off with pocket 10’s all-in preflop against A-10. The board ran out 7-4-2-3-4, perfect for Grospellier.

“ElkY” took home his second career bracelet along with the title. The Partypoker pro’s last bracelet came in 2011 in Las Vegas, when he won the $10,000 Seven Card Stud Championship for $331,639. He now has approximately $14 million in live tournament cashes.

With the Colossus over, the 2019 World Series of Poker season has officially come to an end. Congratulations to all 104 bracelet winners, and to Daniel Negreanu, the Player of the Year. We’ll see you all again next summer in Las Vegas.

Great job Elky. You managed to beat out your biggest challenger and prevent him from his 2nd POY award while capturing your second bracelet. Great accomplishment and may well deserved kudos for a terrific player.

Some time ago I did not hear something about Elky, good to hear from him again, and see that he has won another bracelet, no doubt a great player.