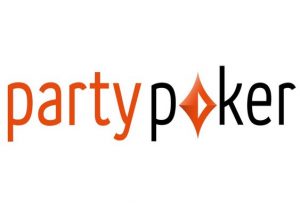 Fees Freeze: Partypoker scraps its unpopular e-wallet withdrawals as part of its “Poker for the People” Initiative. (Image: Partypoker.net)

Partypoker will no longer charge any vig on withdrawal fees. The online site announced the change this week, saying it takes effect immediately.

The company said that from now on, no fees will be charged on transactions via e-wallets such as Neteller, Skrill, and Webmoney.

Party scrapped the fees charged on MasterCard, Visa and bank transfer withdrawals back in July of last year, when it announced it was also working towards eliminating the e-wallet charges. The changes implemented this week represent the end of all fees for all withdrawal methods.

Party said it had implemented the changes after “listening to our players” which was “central to our ongoing strategy.” Although, we suspect the site knew its withdrawal fees were deeply unpopular before it started dishing out surveys and going all “touchy-feely” on its players.

In fact, Party received plenty of negative player feedback when it introduced increased fees on Moneybooker and Skrill withdrawals in August 2013 with no prior notification.

The site applied a flat $4 charge to cash out using these methods, plus an uncapped three percent surcharge as well. The percentage fee, of course, would be hugely costly for anyone trying to withdraw a large amount of money.

“Poker for the People”

Players complained that a small flat fee would be acceptable, as poker sites themselves are charged for making transactions by e-wallet, but the uncapped percentage appeared exhorbitant, and many felt it amounted to an “extra rake.” The consensus was that partypoker was pulling a fast one.

Nevertheless, the site since has shown a commitment to make things more equitable for its players. Doing away with fees is the latest phase of the company’s “Poker for the People” campaign, which has also seen the recent banning of tracking software and seating scripts, as well as the removal of table selection.

Now a player wishing to join a cash game on partypoker will be added to the room-wide waiting list, to be randomly seated when a random seat in the level and game desired becomes available. Players only see the names of their opponents once the first hand is dealt.

Party hopes that these changes will rebalance the site in favor of recreational players by making it more difficult for pros to “bum hunt,” or prey on amateurs and exploit them from profit.

Party recently came under new management, when GVC completed its acquisition of bwin.party on February 1st. Its first action was to announce that the site would be reentering a number of grey markets, from which bwin.party had withdrawn in 2013.

Partypoker, once the biggest online poker site in the world, had become a shadow of its former self. GVC’s market expansion is part of a “volume to value” strategy, as it attempts to turn around partypoker’s ailing fortunes by reintroducing it to markets that should prove cost-effective.

Sweet, come back to the US asap…

This is awesome. I love PartyPoker and this will definitely help bring in some new players for them. I hope that some of the other majors(PokerStars, 888, Full Tilt) will follow suit.