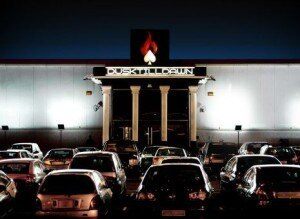 Low stakes players are getting access to a new £250,000 festival. (Image: DuskTilDawn)

Following the news that Partypoker and Europe’s largest live poker room, Dusk Till Dawn (DTD), will be working in partnership this year, it’s been announced that the coalition will launch a new UK poker tour.

Dubbed the partypoker Grand Prix Tour, the series will bring the “DTD experience” to venues across the country according to Simon Trumper.

As yet the mechanics of the new tour haven’t been fully worked out, but DTD’s director, Rob Yong, has explained that he’ll be working hard to offer players a high stakes experience for a knockdown price.

“To generate interest in poker at the grass roots level across the whole of the UK, we will be launching The partypoker Grand Prix Tour, planned to be a £50 buy-in with a £250,000 guarantee for each leg,” wrote Yong in his blog.

To accommodate the proposed new events, Yong said he’ll need to attract 5,000 players per leg to meet the guarantee and that will require the use of football stadiums.

For some this has brought back memories of the ill-fated International Stadiums Poker Tour.

The tournament, which the original organizers hoped would fill Wembley Stadium, was almost an unmitigated disaster until Dusk Till Dawn stepped in to save the day.

Although the tournament drew a much smaller crowd than anticipated, the work done by Yong and his team certainly helped enhance DTD’s reputation as a tournament host.

However, in spite of his previous exploits, Yong is urging players to be patient.

“I need everyone who has faith in me delivering to get behind partypoker UK and not bust my balls over any previous partypoker experiences or current partypoker niggles, gripes and moans,” explained Yong.

Of course, this won’t be the first time DTD and partypoker will have collaborated on a poker venture. The 24hr Big Game featured some of the biggest names in the game, including Sam Trickett who proceeded to dominate the action and then donate his winnings to charity.

Further Collaborations between partypoker and DTD

In addition to the Partypoker Grand Prix Tour, the new partnership between the online operator and DTD will usher in a new selection of events inside the Nottingham venue.

Once the Sky Poker UK Poker Championships has come to a conclusion, Partypoker will pin up its banners inside the card room and attach its name to DTD’s major events.

Moreover, DTD’s online axis will be taken offline on February 19. To comply with the terms of the new deal, players are being asked to withdraw their funds from the iPoker based site otherwise their remaining cash will be automatically sent back to the last deposit method they used.

Over the last few years the move towards more affordable live events across the UK has proved extremely popular. PokerStars UKIPT has continued to grow year-on-year since its inception and other brands have also flourished as players demand more value for less.

This is something that bodes well for the success of the partypoker Grand Prix Tour.

why is it so easy to deposit + withdraw funds in Europe , and so hard here in the US ?

becouse people in the usa loose there money online and dont admit it ,they make exuses like oh someone got my info ,they credit card companys had to maney cliams,that its almost not worth it .people in ureope dont have those problems