Partypoker has finally introduced its own take on all-in cashouts, a concept first pioneered by its competitors in 2019. 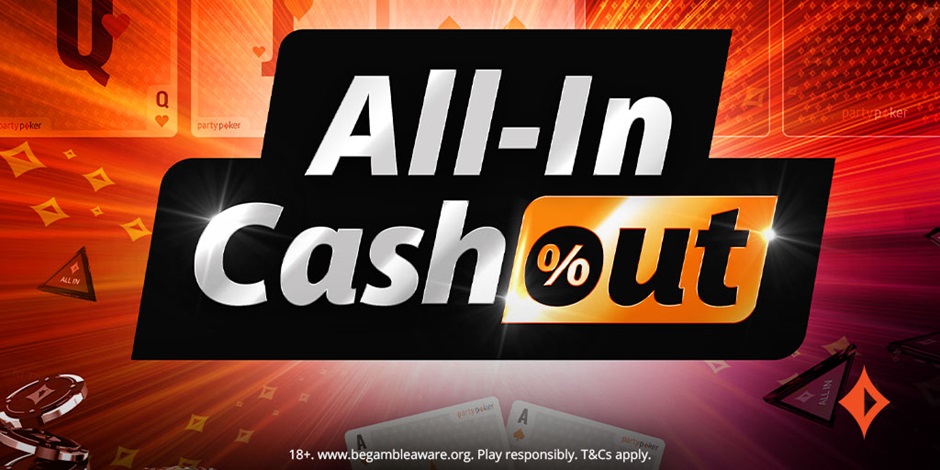 Partypoker has jumped on the insurance bandwagon by introducing All-In Cashout. (Image: Partypoker)

Rumblings of a new feature surfaced at the start of June when asset images were spotted online. Now, two weeks later, Partypoker has announced the launch of All-In Cashout.

Designed to reduce the variance of post-flop all-ins, the feature allows players to insure their hand against bad beats. All-In Cashout is now being rolled out across Partypoker’s standard and FastForward cash game tables.

The concept of all-in insurance isn’t new. GGPoker was the first top-tier operator to offer it in 2019. Under GGPoker’s system, players can choose how much of their stake they want to insure. They then pay a premium based on their chances of winning and the amount they’ve insured.

PokerStars followed suit in 2019 with a similar system. However, instead of charging players a premium for insuring some or all of their stake, Stars offers an instant payout. This allows a player to take a cash settlement, regardless of how the hand plays out.

Partypoker’s take leans more toward PokerStars’ system than GGPoker’s. According to a PokerStars press release, players at Hold’em and Omaha cash games tables will be offered two choices when they move all-in after the flop: continue or cash out.

A player who opts to continue without taking an instant payout will retain a 100% stake in hand (i.e. if they win the showdown, they scoop the pot and vice versa).

A player who uses All-In Cashout will receive an instant payout. The result of the showdown then becomes inconsequential for that player.

If, however, one player takes All-In Cashout and their opponent doesn’t, the result of the hand still matters. Why? Because the player who lets it ride can still win the pot. This is because Partypoker assumes the risk when someone insures their hand.

As you’d expect, the luxury of removing all risk comes at a price. That price is a payout based on a player’s chances of winning the hand, minus a 1% fee. So, let’s assume Player A is all-in after the flop with a 75% chance of winning and there’s $100 in the pot.

Partypoker’s press release also confirmed that All-In Cashout won’t override the existing run it twice feature. That means players who decline to cash out can still run the board twice, if they wish.