Panama Papers Appear to Connect the Dots to Amaya Exec David Baazov…or Do They?

As if Amaya, Inc.’s temporarily on-leave executive David Baazov needed any more questions right now, the infamous Panama Papers appear to offer new insight into the insider trading charges against the CEO, according to a CalvinAyre.com report this week. 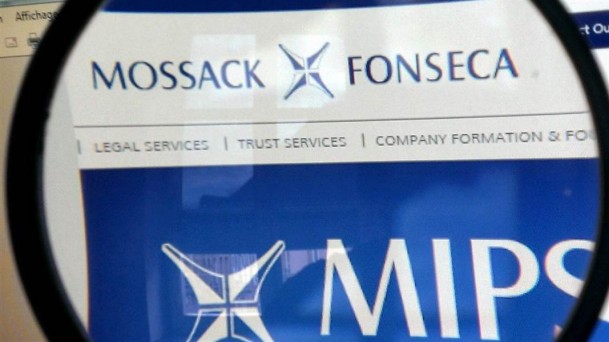 Panama Papers and David Baazov: although it appeared that leaked offshore data could establish damaging links between the Amaya CEO (now on leave) and unlicensed US-facing markets, the Panama Papers do not actually appear to be the source. (Image: nbcnews.com)

The documents were spilled anonymously to German newspaper Süddeutsche Zeitung in late summer of last year, and then to the US-based International Consortium of Investigative Journalists (ICIJ), which distributed the vast wealth of data among around 400 journalists from 107 media organizations around the world for analysis.

The first findings of the various media agencies were published this week, and detail the lengths that the rich and powerful will go to hide their wealth through the creation of offshore companies. The reports have already precipitated the resignation of the Icelandic Prime Minister, and numerous other notable figures organizations have also compromised.

Those include members of Russian President Vladimir Putin’s inner circle, all the way to the UK PM David Cameron’s familial shadowy investment fund. Also implicated are everyone from FIFA executives to Argentinian soccer star Lionel Messi.

But where does Baazov fit in? Well, according to Ayre, the files mention a company called Zhapa Holdings Inc., which lists among its shareholders one Isam Mansour. Mansour is one of 13 people implicated by the Quebec regulator AMF in the David Baazov insider trading case, as members of a network of friends and family who may have benefited from the leaking of privileged information through the trading of Amaya stock around the time that the company purchased PokerStars in 2014.

Also listed is Goulissa Baazov, believed to be a sister to David and his older brother Josh.

Zhapa.com no longer exists, but once it served as a payment processor for the online gaming industry. Ayre has discovered that several gambling sites were once hosted on Zapha.com’s DNS server, including BetonUSA.com and Oddsmaker.ag, both US-facing offshore sites that were in violation of UIGEA.

Unravelling the connections, it appears that BetonUSA.com was once owned by Josh Baazov and Craig Levett, both of whom have also been accused by the AMF of being part of the insider trading network. The pair have claimed that they sold their interests in BetonUSA following the passage of UIGEA, although coincidently Zhapa.com was incorporated in 2007, just as Baazov and Levett claim they were selling up.

Both men had undertaken work for Amaya and were photographed together as late as 2012, as part of an Amaya delegation the Dominican Republic to showcase the company’s casino products to gaming officials in that country. As Ayre points out, should links between the current and former company executives and figures who may have violated UIGEA prove to be tangible, it could be another nail in the coffin of PokerStars’ US ambitions.  The company only this month launched a successful US entry into the New Jersey online market.

Incidentally, the Panama Papers have not been published in a searchable database, and the ICIJ itself has only published in full 149 of millions of documents in their possession, none of which mention Zhapa.

A hyperlink on the Ayre’s article initial mention of Zhapa directs to the ICIJ’s Offshore Leaks Database, which allows users to search for previously leaked documents related to offshore companies, but not the Panama Papers themselves.

Thus it appears that Ayre is not referencing the Panama Papers at all, but details that have been available for several years, hiding in plain sight.