Boxing promoter Oscar De La Hoya doesn’t believe Saturday’s fight between Gennady “Triple G” Golovkin and Saul “Canelo” Alvarez will be anything like the recent Floyd Mayweather-Conor McGregor matchup. And boxing fans will be better for it. 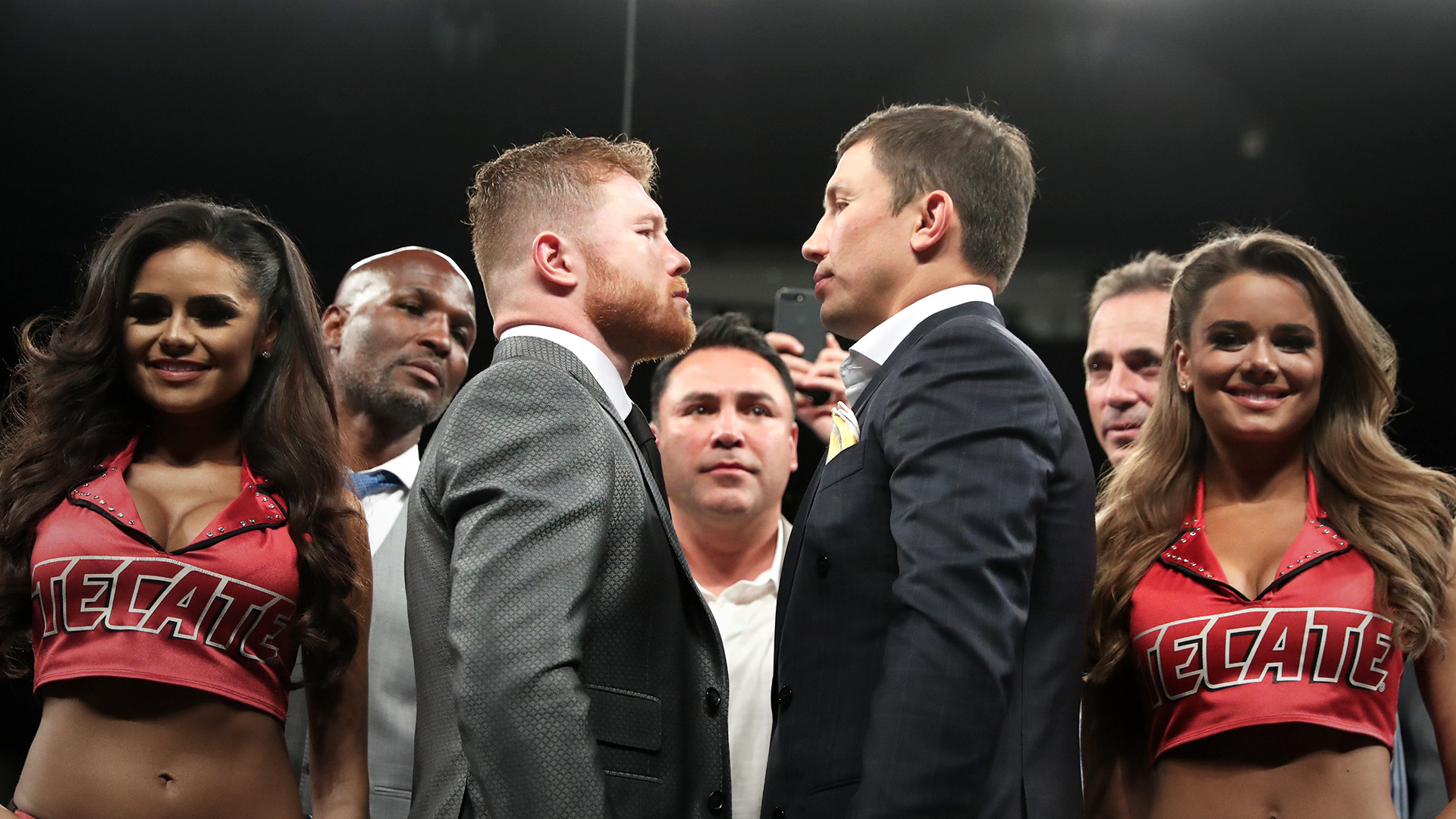 Canelo Alvarez (left) is the underdog against Gennady Golovkin (right) in their fight on Saturday night at T-Mobile Arena in Las Vegas, but the odds of Alvarez pulling off an upset are hardly considered out of reach. (Image: HBO Sports)

De La Hoya, a former champion himself, says MayMac turned out to be a circus, whereas this fight, also to be held at T-Mobile Arena in Las Vegas, will feature two of the most skilled boxers today squaring off with everything on the line.

Golovkin will step in the ring with his WBA, WBC and IBF middleweight titles up for the taking by Alvarez. The fight has been highly anticipated, with boxing fans excited to see an undefeated champion (37-0 with 33 knockouts) take on his top challenger, who’s only loss was to Mayweather.

“It’s a huge draw, we sold out in approximately nine days,” De La Hoya said, pointing out that this fight didn’t need any gimmicks or manufactured hype. “It’s going to be a great fight. It’s a can’t miss fight. These are the two best middleweights in the division.”

A 35-year-old Golovkin enters Saturday’s fight as a -145 favorite at Las Vegas sportsbooks. He’s an inch taller than Alvarez, but his reach is an inch shorter.

Alvarez’s odds are currently +115 to win. At 27 years old, he’s put up an impressive 49-1-1 record, with 34 knockouts. Some say his loss to Mayweather (50-0) was simply a matter of inexperience, and that he could have beaten the heavyweight champion had he waited.

Alvarez, from Mexico, is confident now in his experience to take the titles away from the Kazakhstani champion, in part because he won’t be relying on any particular set of moves or tactics.

“There is no one pattern of Mexican style,” Alvarez said this week (through a translator). “A Mexican fighter doesn’t fight just one way. Salvador Sanchez and Julio Cesar Chavez didn’t all fight the same. Mexican style doesn’t win fights. Mexicans win fights.”

Golovkin, reportedly has been so focused on preparing for this matchup that he skipped out on the birth of his second child to continue training a mere two hours away.

“He’s the toughest and my biggest fight,” Golovkin said. “I’ve known Canelo for a long time, we used to train together. I know him and he knows me. I believe this is the biggest fight in boxing.”

That’s De La Hoya’s contention. “Both guys are knockout artists,” he said. “Both guys don’t know how to take a step going backwards. It’s going to be one of these fights where I call it six to eight rounds of Hell.”

Several sports bettors have already laid down six-figure wagers on the fight at popular sportsbooks in Las Vegas, such as Westgate Superbook and MGM. As bets roll in for this fight that bookies are prepared for going either way, there are some bets that promise bigger paydays.

If you believe Canelo will pull off the upset, you can get +550 if Alvarez lands a knockout. If you think it will come via unanimous decision, Alvarez is a +400 bet, while Golovkin is +600.

Casinos are expecting the fight to go the distance. Odds the fight will last 12 rounds are at -130. But if you think the fight will end before then, and are right, there’s a lot of money to be made.  You can get +1,200 that on a fight that lasts more than 8 but fewer than 12 rounds, and as much as +2,500 for a fight that ends in the first or second round.

But that bet is such a longshot because so far there’s no reason to think this matchup will be anything less than a battle for the ages.

totally agree with Oscar,this fight better than the Mayweather Macregor,we are waiting for war in the ring it’s the biggest fight in Boxing for the last year,prior to which there are less than 7 hours ahead of Gennady Gennadievich Golovkin!