Actor, conservative, and poker player James Woods thinks NFL players who kneel during the national anthem are “spoiled brats.” Daniel Negreanu, the face of PokerStars and an unabashed liberal, disagrees. As is the case with every controversial issue, political or otherwise, the poker community is as divided on this topic as the entire country. 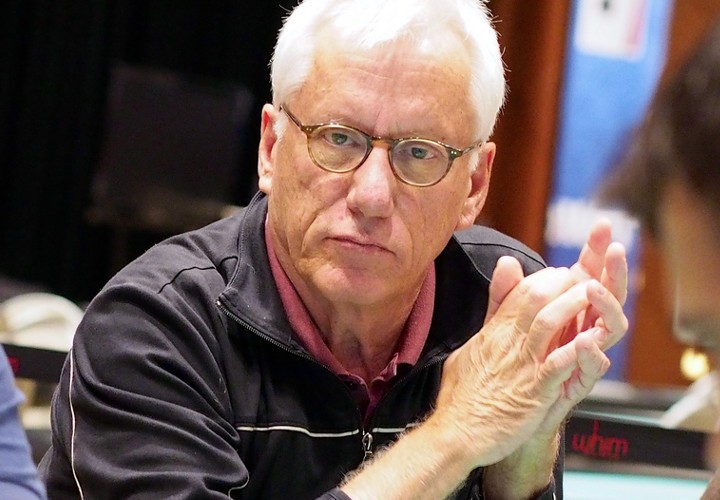 NFL Week 3 was not about former Super Bowl MVP Von Miller’s boneheaded fourth quarter penalty that all but sealed his Denver Broncos’ fate against the Buffalo Bills, or the crazy ending in the Detroit-Atlanta game. (The refs essentially slowrolled Detroit by taking a touchdown off the board after shocking review.) Instead, Sunday was more about players kneeling during the national anthem to protest police brutality and systemic racism in the United States, and the responses that generated.

Everyone Has a (Different) Opinion

Pregame shows, including Fox NFL Sunday and ESPN’s Sunday NFL Countdown, spent as much time discussing the protests as they did breaking down matchups. Poker players on Twitter followed suit.

“It takes courage to stand (kneel) alone. Love him or hate him, Kaepernick’s decision has started the conversations he hoped for. It worked,” Negreanu posted on Twitter, in response to Major League Baseball catcher Bruce Maxwell becoming the first baseball player to kneel during the national anthem.

Woods, a long-time poker player who has become a regular at the WSOP, is more likely to fold pocket aces pre-flop than agree with Kid Poker about politics.

“#Liberals applaud spoiled #NFL millionaires sitting on their asses during national anthem, while Berkeley cancels Free Speech Week…#irony,” the Academy Award-nominated actor wrote in one of his many daily anti-liberal diatribes.

Mike Matusow, like Woods, has been a staunch supporter of President Donald Trump. He shared the actor’s sentiment.

“Trump acts like a child but hes right on this sorry people! Love your country,” the Mouth posted on Twitter in response to the president’s anti-NFL comments.

Even poker players who typically shy away from political discourse chimed in on this issue.

Haralabos Voulgaris, a sports betting legend and high-stakes poker player, was also critical of the president and those who claimed to be offended by NFL players taking a knee during the national anthem.

None of these bold statements by poker players appeared to change anyone else’s opinion on the matter. We know, you’re shocked.

The Trump supporters who are boycotting the NFL due to what they claim is “anti-American behavior” from its players may find a replacement pastime in stock car racing. NASCAR owners, including driving legend Richard Petty, said drivers who refuse to stand during the national anthem will be fired.

“Anybody that don’t stand up for that ought to be out of the country. Period,” Petty said. “If they don’t appreciate where they’re at … what got them where they’re at? The United States.”

Fortunately, for the NFL’s protestors, exercising one’s right to free speech isn’t grounds for deportation. But it could send a NASCAR driver to the unemployment line.

Poker is not about politics. Poker is about cards and the game, not about liberal or conservative or radical beliefs. Keep posting political sh** and I’ll leave poker behind as quickly as I have the NFL and Fan Gear.

@Nevada Nick – see ya!!!
Politics is everywhere and is part of everyone’s lives.
Whether you agree or disagree with the protests, it’s part of our system of government.
In my opinion the players are protesting at the wrong place and at the wrong thing.

I know there is freedom of speech and we live in a country where people can express their opinions. But disrespecting the very country that gives you these rights is unconscionable. It’s also disrespecting our military who put their lives on the line every day for your freedom so that all you multimillionaire brats can play the sport that you pays you so well. And if you’re not a citizen of this great country, the USA, your opinions are as worthless as those pieces of shit that don’t stand tall and honor our national anthem and the USA!!!!