There aren’t many ways to turn €220 into €1,115,207 ($1.3 million) within a week. But Marti Roca De Torres, a former economics teacher from Spain, got that 506,912 percent return-on-investment when he won the WSOP Europe Main Event at King’s Casino in Rozvadov, Czech Republic, on Friday. 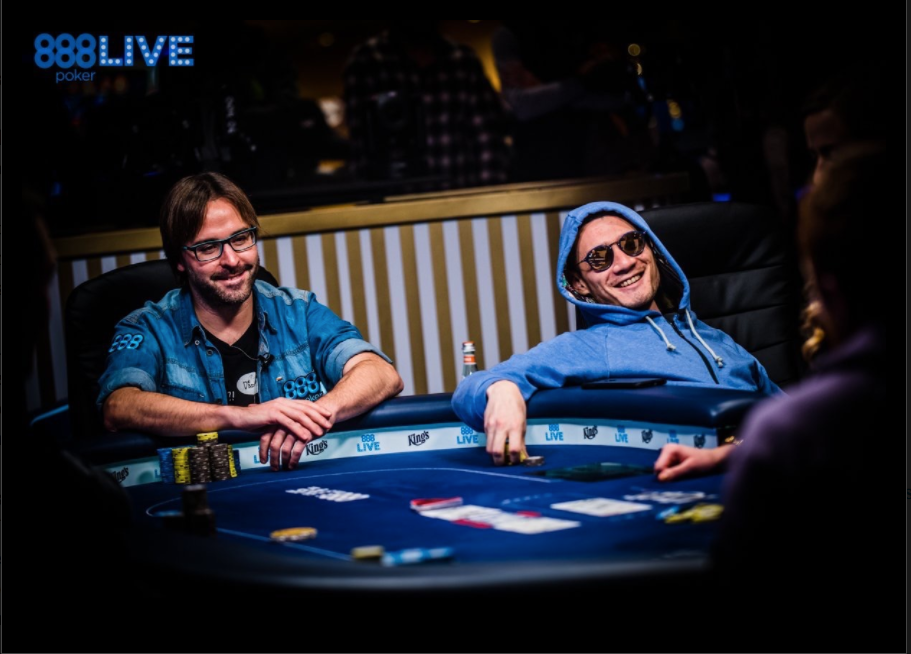 Roca de Torres, who had just €30,000 in live tournament winnings, qualified online for the €10,350 buy-in tournament at 888poker, and took the rungood all the way to the final hand of the 2017 WSOP, locking up his first WSOP bracelet and the seventh ever by a Spaniard.

Fans watching the final table on livestream witnessed a continuous roller coaster ride that included the chip leader heading into the day, Maria Ho, being the first to bust on the craziest hand of the day.

After Ho made the questionable decision to three-bet shove all-in with pocket deuces against Niall Farrell, who snap-called with pocket jacks and won, she went from a big stack to the smallest stack with six players remaining.

Moments later, she moved all-in from early position for 1.26 million. Roca De Torres made the call from the small blind only to have Farrell come over the top for his entire 6.86 million-chip stack. The eventual champ snap-called.

Since Ho, the last woman standing, had the smallest stack entering the hand, she was the 6th place finisher, which is significant because Farrell got an extra €65,000 in prize money for moving up a spot to 5th place.

Chip and a Chair

By the time heads-up play began, Speranza, also seeking his first career bracelet, had a 3-1 chip lead, and quickly extended it to better than 5-1.

But you’re never out of it until the only thing you look down and see is the felt. Roca De Torres began chipping away, biding his time for an opportunity to double-up, which came on hand 226 of the final table when he caught Speranza bluffing all-in on the river.

The bluff catcher put Marti in the lead, but it didn’t last long. The Italian pro reclaimed his advantage and held it for over an hour before Roca De Torres nearly evened things up. Back and forth we go.

On the 269th hand at the intense final table, the two competitors put their stacks in the middle, hoping to win the most important race of their life. Roca De Torres had 5♣5♠, Speranza was looking at A♣J♦.

With both players awaiting their fate, Speranza breathed a sigh of relief when he saw the A♥9♦3♣ flop, giving him top pair to take the lead. If ever there was a time for Roca De Torres to call upon the poker gods to send him a two-outer, this was that time.

Sure enough, the miracle 5♥ appeared on the turn, wrapping up the hand and, essentially, the tournament. A 3♠ on the river proved inconsequential.

After tournament director Jack Effel counted the stacks, it was determined that Speranza had the bigger stack prior to losing the race, but he was left with less than two big blinds. The tournament and the 11-event WSOP Europe series concluded on the following hand.

It was a fitting end to a roller coaster final table, and an exciting WSOPE.

congratulations, good to know that thanks to an online tournament you could qualify for this event and stay with the championship plus one million euros .. the dream of every player

Indeed, I think this is the dream of almost every player. Winning over a million dollar while ‘only’ putting in 220 dollars.