The simmering dispute between the world’s biggest poker site and professional player Gordon Vayo appears to be nearing a resolution. 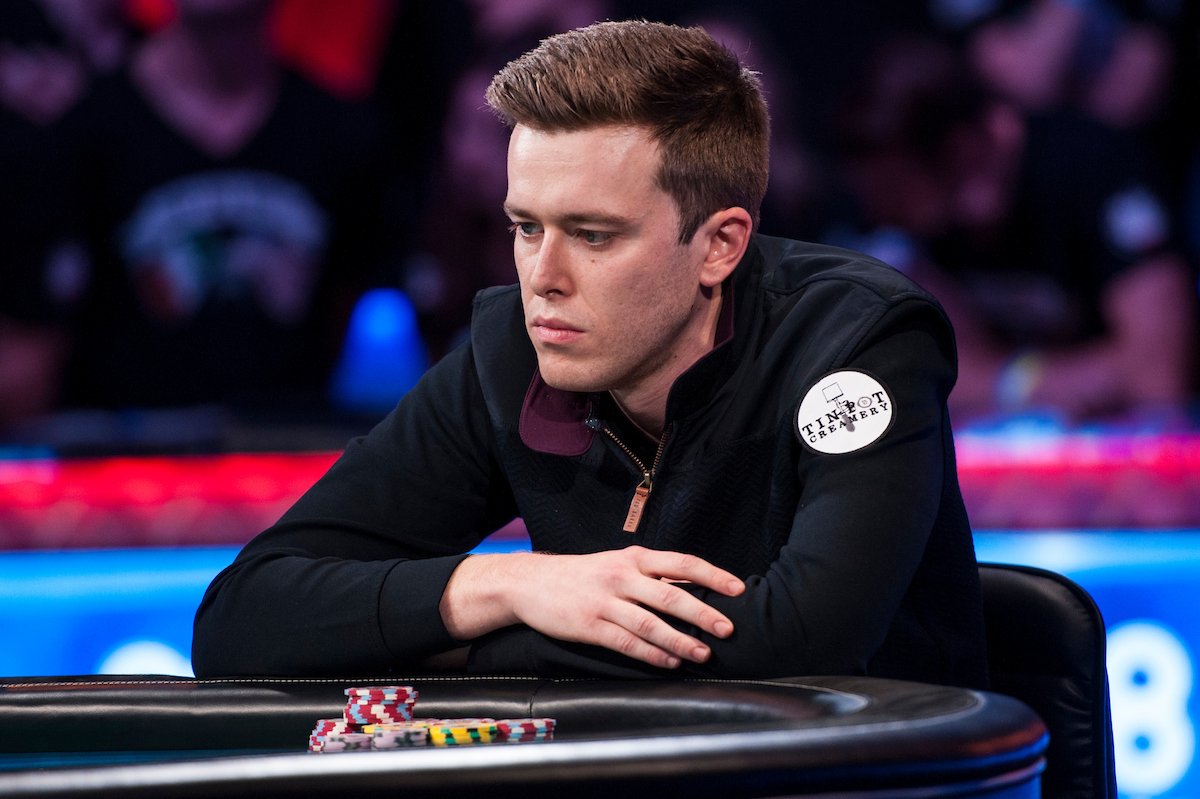 Gordon Vayo is likely breathing a little easier after PokerStars dropped a $280,000 claim against him this week. (Image: Twitter.com)

PokerStars has apparently retracted its countersuit demanding that he pay $280,000 in legal fees incurred while fighting Vayo in court.

The two parties have been embroiled in a legal beef since Stars refused to pay out most of his $692,460 prize from a Spring Championship of Online Poker (SCOOP) event in 2017.

The company accused him of illegally using a Virtual Private Network (VPN) from the restricted region of New Jersey. Vayo sued the site, insisting that he’d played the tournament from his home in Canada.

According to a court filing acquired by US Bets, the lawyers for the two sides have collectively decided to drop the matter.

“This action his hereby dismissed with prejudice by Plaintiff Gordon Vayo,” reads the document filed on Dec. 4, adding, “The pending Motion for Attorneys’ Fees and Costs by (REEL) is hereby withdrawn.”

The countersuit by Stars came after it leveled shocking charges against Vayo last month.

When the California resident, who finished second in the 2017 World Series of Poker Main Event, originally sued Stars, he said he could prove that he was indeed playing from Canada.

It turns out he may have fabricated that proof.

The 30-year old abruptly dropped his lawsuit in October. No one knew why at the time, but a few weeks later, REEL’s lawyers accused Vayo of forging the banking and cell phone records he’d submitted to the court an in apparent attempt to make it look like he was living in Canada.

REEL blasted it as an attempt to defraud the court and filed a claim against Vayo for $280,000 in legal costs.

It’s possible that the Stars Group just wants to end the bad blood and put the ordeal to bed. After all, PokerStars has a busy 2019 ahead of it in the quickly changing US market.

Earlier this week, Pennsylvania gaming regulators granted PokerStars a gaming license to bring online poker to the Keystone State. It’s unclear when the Pennsylvania public will be able to hit the virtual felt on Stars, but early 2019 is a real possibility.

Stars is expected to eventually join the shared player pool with New Jersey, Nevada, and Delaware.

Absolutely savage and wreckless waste of about $700,000 dollars. I am an IT student and I will tell you a VPN is not fooling anyone if it did everyone would do it. The amount of effort you need to spend in spoofing your location not just your IP address it is better to drive up to Ontario play from a cheap motel come back. Scum bag refusing to play by Stars rules. Stars showing some class again. Well played

This is good for poker. If you wanna play on Stars and live in the states, just travel to Canada or where your allowed. Simple.

I don’t blame the current owner of Poker Stars for what happened to me. But it was and is the same company who wouldn’t pay me my winnings. They were the first online site to do this to me & one of many. Its no secret online sites are known to do this with Scandal after scandal after scandal.
I try to give a olive branch to Poker Stars to make this right and I did make a claim against Stars to no avail or anyone willing to listen which is scary to me.
Poker Stars was and is my first love for playing online until this happened to me.

I even offered to sit down with Poker Stars at the negotiating table to resolve this once and for all which I really want to do. Unfortunately I don’t feel the love that they have the same feeling.