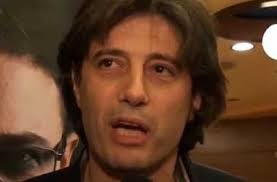 Luigi Tancredi, who is believed by Italian authorities to be the owner of Dollaro and allegedly has close ties to the Cammorra crime syndicate. (Image: casinoonlineitalia.it)

Dollaro Poker, the Italian online poker website with alleged ties to the Mafia, continues to operate, despite the arrest last month of the man police believe to be its owner. And Italian regulator AAMS says there is little it can do to stop the site from continuing to offer its services.

Francesco Rodano, head of remote gaming at AAMS, told Gambling Compliance this week that his organization was powerless to prevent Dollaro from operating.

“The illegal business leaders were captured, but the site is still functioning and accessible: I do not know why but it is a matter beyond our control and that can be repeated,” said Rodano.

Eleven people were arrested in January on charges of operating an illegal gambling network, among them the site’s alleged owner, Luigi Tancredi, a man known as “the King of Slots” from his past involvement with Italy’s legal land-based gaming industry.

Police said they believed the group handled some €11.5 million ($12.8 million) in bets per day and that the network stretched across 12 thousand online gaming and lottery video terminals in bars, cafes, and gaming halls throughout Italy, some of which were Mafia-controlled.

Tancredi is not believed to be a direct Mob member, but has been called an “indispensable link between organized crime and the world of information technology” by prosecutors. He is believed to have ties with the Camorra crime syndicate, whom he allegedly paid handsomely for the privilege of installing gaming machines on their premises.

“By collaborating with criminal groups based in Ostia, the Camorra and the ‘Ndrangheta set up a poker platform that users could access from every part of Italy,” commented the public prosecutor’s office in Rome.

Dollaro largely uses the “agent model,” in which deposits and withdrawals are controlled by agents who act in a similar way to affiliates. Often Italians will visit cafes or clubs to gamble online. They hand over their deposit to an agent, who will then load it into an account, bypassing player registration.

Based in Romania and with servers in Florida, the Italian regulator says it is powerless to prevent Dollaro from operating.

Romanian regulator Odeta Nestor told Gambling Compliance that Italian authorities had produced “no evidence of a link with Dollaro Poker and it is therefore not possible to be prevent them from operating.”

Wonder who are the mobs here? The gvt.? 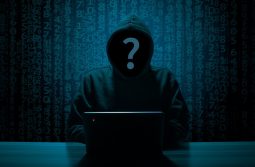 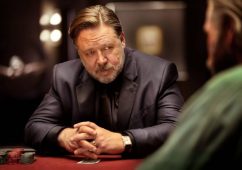