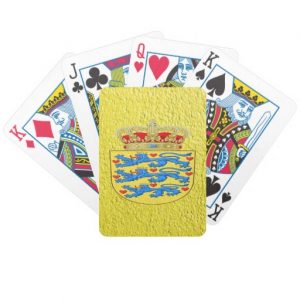 Online poker revenues in Denmark took a downturn in 2013, for a variety of reasons (Image: zazzle.com)

When online gaming went live in Denmark in 2012, revenue from the country’s new industry grew, especially after the Denmark Gambling Authority partnered with other global gaming regulators. However, while online gaming is profitable for the country, online poker has seen a continued struggle, with the latest report showing a sharp decline in 2013.

The Danish gambling numbers are tracked by the Denmark Gambling Authority or Spillemyndigheden, which released the final 2013 numbers in February.

Gross gaming revenue for the year was DKK 2.375 billion, which was a satisfactory increase from the DKK 2.045 billion in 2012, which was then equivalent to approximately $375 million. Betting revenue was partially responsible for the increase, as it rose from DKK 1.175 billion to DKK 1.385 billion year-on-year, and online casino games rose from DKK 870 million to DKK 990 million.

When the Danish government turned over the regulation of online casinos, betting, and poker to the Danish Gaming Authority on January 2012, the one-time monopoly was over. The market was opened up to licensed operators from other countries, and dozens were awarded the opportunity to offer Internet gaming services to residents of Denmark.

Several months later, the DGA signed a Memoranda of Understanding with online gaming regulators in Malta, Gibraltar, Alderney, and Isle of Man. The hope was that there would be cooperation on gambling law enforcement and increase online poker revenues due to the allowance of players to log on to new sites. Online gaming sites were shared amongst the regulators without having to base themselves in Denmark.

Even so, online poker revenue has been down nearly every quarter since its launch under the new regulator. Analysts point to several reasons, one of which being that many of the professional poker players and higher stakes players left Denmark for Internet gambling-friendly countries prior to the new law enacted in 2012. Some point to a number of sites that remain on the blacklist in Denmark, and others say that this is the necessary downturn on the other end of the poker boom which happened nearly a decade earlier in Europe.

Whatever the reason, online poker will continue to be offered to Danish players, likely only because the rest of the Internet gaming revenue continues to rise and offset poker losses.