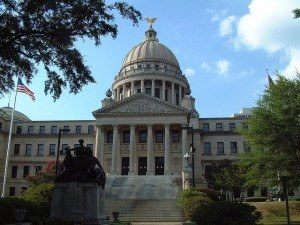 Bobby Moak’s online poker bill has died in the Mississippi legislature yet again in 2015. (Image: governorbryant.com)

Mississippi online poker was always a long shot, but in 2015, a bill to regulate the game in the state never even got close to being considered.

The Mississippi Lawful Internet Gaming Act of 2015 is officially dead, having failed to advance past the committee level by a Tuesday deadline.

The bill, introduced by State Representative Bobby Moak (D-Bogue Chitto), is now listed as “dead” on the legislature’s website. Moak, who has unsuccessfully submitted similar bills in past years, didn’t expect for his effort to go very far this year, and instead says that 2016 is a better target for giving online poker a real push in the state.

“My Republican colleagues have not been moving very much at all concerning gaming,” Moak told PokerNews in a phone interview. “They haven’t looked at doing any of the incentives that some other businesses get, and we’ve got to create some opportunities to help the bottom lines for gaming houses.”

Moak’s bill received some attention when it was introduced last month, not only because it was an attempt to bring Internet poker to a state that had not yet regulated the game, but also because of the harsh penalties included within the bill.

While the stiff fines and potential prison time for individuals who offered illegal online gambling services in the state were to be expected, the bill also allowed for punishments including up to 90 days in prison and a $10,000 fine simply for playing on illegal sites.

This was a controversial provision, as few states criminalize online poker to that degree.

At the time, the Poker Players Alliance came out against such penalties, with PPA Vice President of Player Relations calling them “misguided.” Moak says that it’s an issue he’s willing to revisit on future attempts to bring online poker to Mississippi.

“If this legislation gets pulled up and looked at, it will be gone over line by line and so many things will get taken out and put in,” Moak said. “There will be plenty of opportunity for different groups to come in and espouse their wishes on how it should be.”

Moak also acknowledged that Mississippi was likely not large enough to support online poker on its own in the long term.

His bill included provisions that would have allowed the state to enter into liquidity-sharing agreements with other states, and Moak says he has at least one major target in mind.

“If you have a large, populous state like California that theoretically we could compact with, you have to see how that helps your industry here in Mississippi,” Moak said.

Of course, California would first have to pass an online poker bill of their own in order to make any such partnership a reality.

Right now, the state has two online poker bills that have been introduced in its legislature, and many people believe that California will at least give online poker a long look this year.

The biggest challenge in that state comes from the many varied gambling interests there: with Indian casinos, commercial card rooms and the horse racing industry all split in various ways on the issue, building a strong enough coalition to pass any bill in California will be challenging.

what a tragic state of affairs in america; we can bet online on sports, but not poker. what a shame.