Andrew Yang, the only candidate who openly supports online poker legalization nationwide, has ended his bid to become the 46th President of the United States. He announced his decision prior to the conclusion of Tuesday’s New Hampshire primaries. 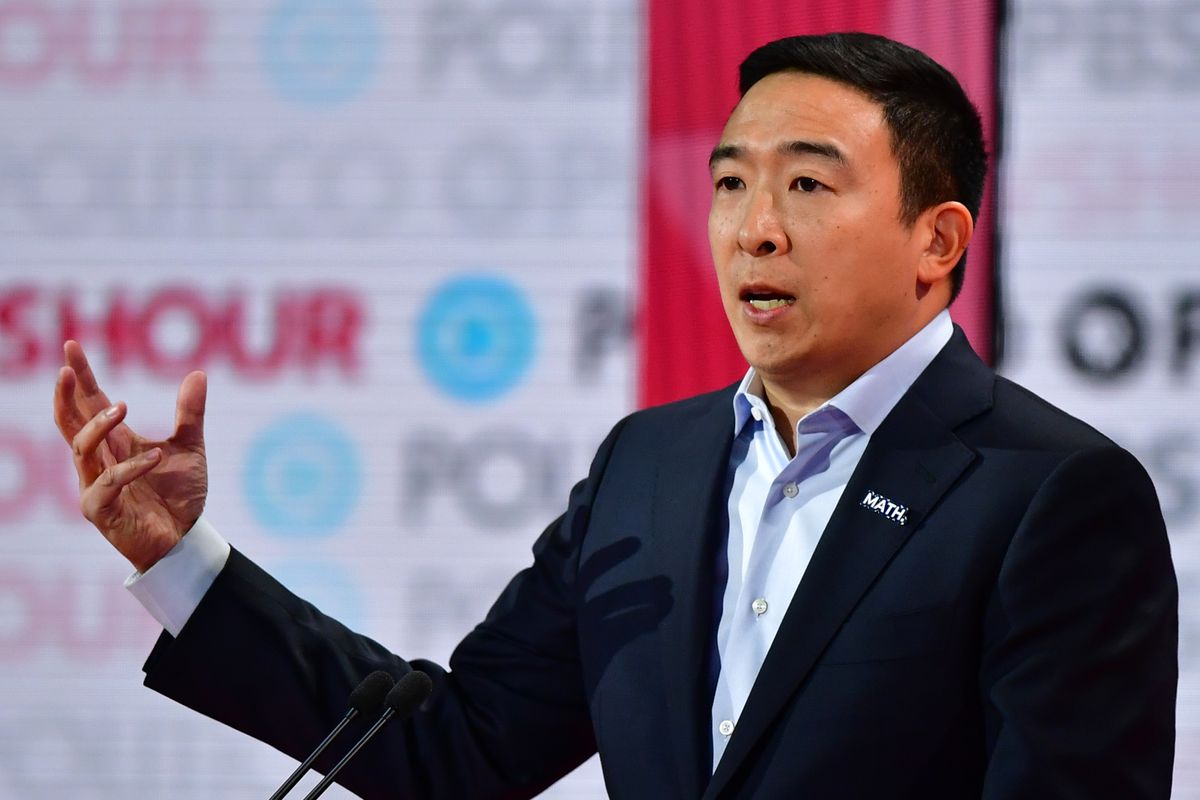 Andrew Yang supports legal online poker in the US, but his campaign never took off. (Image: Vox)

Yang became a fan favorite in the poker community last year when expressed support for online poker. Pros such as Daniel Negreanu joined the Yang Gang. But his candidate simply didn’t gain enough traction within the Democratic party to have much of a chance.

While many in our community are passionate about politics, the online poker world isn’t large enough on its own to elect a president. Yang, a 45-year-old entrepreneur, had a loyal base of followers, not just poker players. But he simply didn’t gain enough traction to compete with Bernie Sanders, Pete Buttigieg, Joe Biden, and the other top Democratic candidates.

Yang, a tech entrepreneur whose main campaign platform was universal basic income (UBI), dropped out of the race Tuesday evening. He hoped to build some momentum heading into primary season but never polled above 5-percent nationally.

As of Tuesday evening at the time of publish, he had less than 3 percent of the votes in New Hampshire. Bernie Sanders, at over 26 percent, led the way, followed closely by Pete Buttigieg and Amy Klobuchar. Yang also struggled in the Iowa caucuses last week, receiving just 1 percent of the vote.

The writing was on the wall. He knew his chances of getting to the White House were slim and none. So, he bowed out gracefully.

“We have touched and improved millions of lives and moved this country we love so much in the right direction. And while there is great work left to be done, you know, I am the math guy, and it is clear tonight from the numbers that we are not going to win this race,” the online poker advocate told his supporters.

Daniel Negreanu joined the Yang Gang after his candidate expressed support for legalized online poker. On Tuesday, he gave some love to the presidential candidate he preferred.

Very proud of the campaign @AndrewYang ran and believe this is only the beginning in terms of his impact on the country.

Yang was scheduled to appear at the charity poker fundraiser in Las Vegas on Thursday to raise money for his campaign. According to Negreanu’s tweet, the function is still on.

Yang is one of the first presidential candidates to put online poker legalization on their platform. None of the other candidates, including current President Donald Trump, have given much consideration to it. Yang gave it his all, but like in poker, sometimes the cards don’t go your way.

It’s true that online poker support in the United States isn’t enough to change the things to a positive direction.

Andrew Yang gave a hope, but now that is over.

It’s difficult to predict what will happen with the online poker at the US after the presidential elections, but to be honest I don’t see a major change over the next few years. There’s need to be a lot of pressure to the right direction.

It never looked like he stood a chance to win the nomination, unfortunately. I believe he took the right decision dropping out of the race with his numbers being so low.

He wasn’t my favorite candidate but I do like him. I like the way he speaks and his sense of humor, which says something about his character. He showed us a different type of cansidate, more relaxed and at ease and looked authentic as well, for a change. hopefully he’ll keep on pushing his agenda and ideas, and in that regard, also pushing for legalizing poker in the US.