Day Two at the $300,000 buy-in Super High Roller Bowl (SHRB) at the Aria in Las Vegas was quite entertaining. An A-list celebrity and new PokerStars endorser Kevin Hart went busto. Social justice warrior  Justin Bonomo has the chip lead. And some of the best players in the world are still in the game. 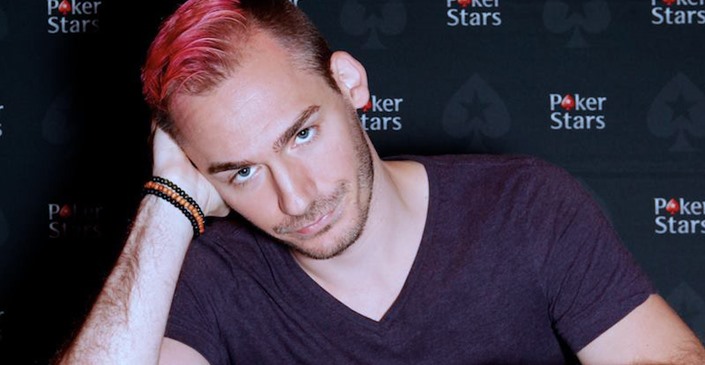 Hart hung tough for nearly two days against some dynamic competitors. But the award-winning comedian won’t be one of the 19 players coming back on Tuesday at 1 pm PST for Day Three.

The producer and star didn’t get many big hands in his two days in the game. But Hart did have one memorable hand on Monday. Facing Fedor Holz, last year’s runner-up, the celebrity got lucky, got unlucky, and then got lucky again, all in one hand.

Moments later, the duo went heads-up again in what’s a considered a cooler. Hart picked up pocket aces against Fedor’s queens. The best hand held up and the 23-year-old German was eliminated.

Brian Rast’s pocket kings eventually sent the comedian home, however, short of the money. But it was an impressive run for someone playing against so many solid poker pros.

Justin Bonomo will come back to the Aria on Tuesday with the chip lead. He has 2,628,000 chips.

Sporting his trademark bright pink hair, the man dubbed a “social justice warrior” by his more conservative poker adversaries spent Day One at the televised feature table. On Day Two, he moved to the less pressure-packed outer tables, where cameras only arrived during an all-in situation.

Chasing Bonomo on Day Three will be 2015 GPI Player of the Year Byron Kaverman (2,063,000) in 2nd place. He’s been one of the biggest stacks since early on in the tournament.

Negreanu on the Edge

Daniel Negreanu has a positive mindset. He’s going to be investing approximately $1 million in tournaments this summer and says he hopes to win three WSOP bracelets.

His summer poker tour began in the Super High Roller Bowl. Unfortunately for the PokerStars Team Pro, he’s going to need a miracle to win this one. He has the smallest stack (225,000) heading into Day Three. With just seven places paid, he better hope to run like god and then some.

There are still three more days of play remaining. The remaining participants are competing for a $6 million first-place prize. You can watch the event live (on a 30-minute delay) by downloading and paying for the PokerGO app. It costs $10 a month (or $99 for an annual subscription).

Oh wow he played for 2 days is very cool. He makes people laugh on constant basis so ofcourse he is smart man.