Another Unibet Open main event is in the books and, this time, the player etching his name on a winner’s trophy is Omar Lakhdari. 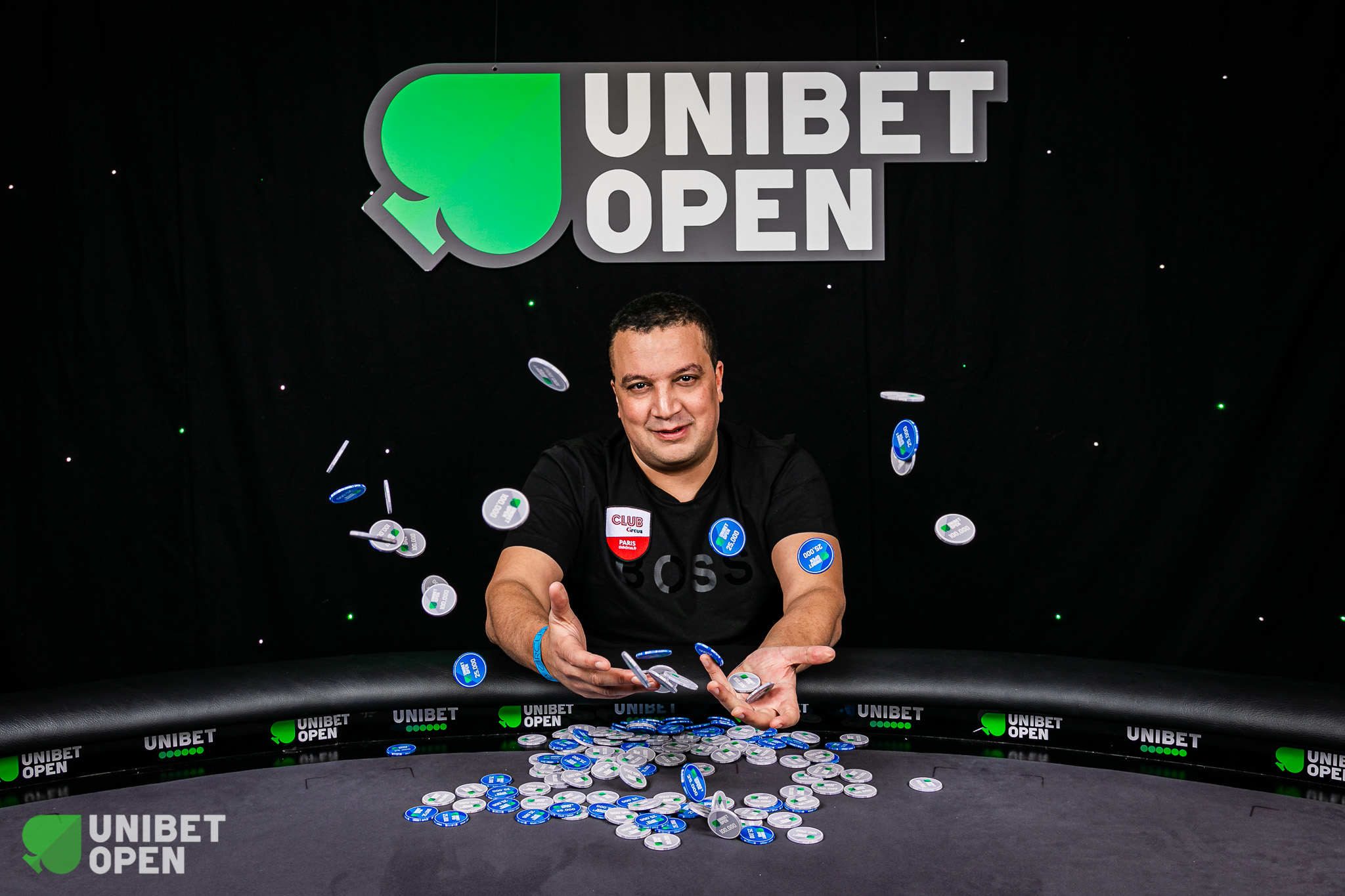 The local Paris pro went into the Dec. 1 final table at Club Circus with more than $1.5 million in career earnings, and a commanding chip lead.

Outlasting more than 470 players over the course of three days, Lakhdari started the session with 4 million chips. That was almost 1.5 million chips more than his closest rival, Vladimir Nex, and enough ammunition to given him the jump on his opponents.

With a stack capable of pressuring those around him, Lakhdari ousted Hakim Chniyat early in the day before upsetting Alexey Dmitriev.

Calling an all-in with pocket deuces, Lakhdari hit a set on the flop to overtake Dmitriev’s pair of fours. A blank turn and river sent the Russian packing in eighth, and catapulted Lakhdari into an even bigger lead.

With the French-Algerian acting as a one-man wrecking crew, it looked as though the finale would be over quickly. However, with three players remaining, a series of double ups allowed Nex and Quoc Dung Le to apply some pressure of their own.

At one point, it looked as though Le might snatch victory from the jaws of defeat. After eliminating Nex in third with pocket 10s, the local player took the lead.

However, five pots in a row for Lakhdari swung the match his way before a final flurry brought it to a close. Moving all-in from the button with A♦7♣, Lakhdari was ahead after Le called with 9♦8♠.

With any drama seemingly used up in the previous run of hands, the board ran out 5♠Q♥K♦3♣7♠. With that, Le got up from his chair and a jubilant Lakhdari celebrated the second-largest live tournament win of his career.

Another Successful Year for Unibet

For the Unibet Open, the latest event in Paris marks another successful European outing. Earlier this year, Martin Soukup made history when he won in Romania to become the tour’s third, two-time champion.

Following that result in February, Daniel James beat a record field to win the Unibet Open main event in London.

With the final Unibet Open of 2019 in the books, organizers will now look ahead to 2020 and what they hope will be another year of highs.