In news that might come as a surprise to exactly no one, OJ Simpson found himself in trouble Wednesday evening. The former football star and accused double-murderer, barely a month removed from a nine-year prison sentence for armed robbery, was banned for life from the Cosmopolitan Hotel and Casino on the Las Vegas Strip for allegedly acting “unruly” under the influence of alcohol. 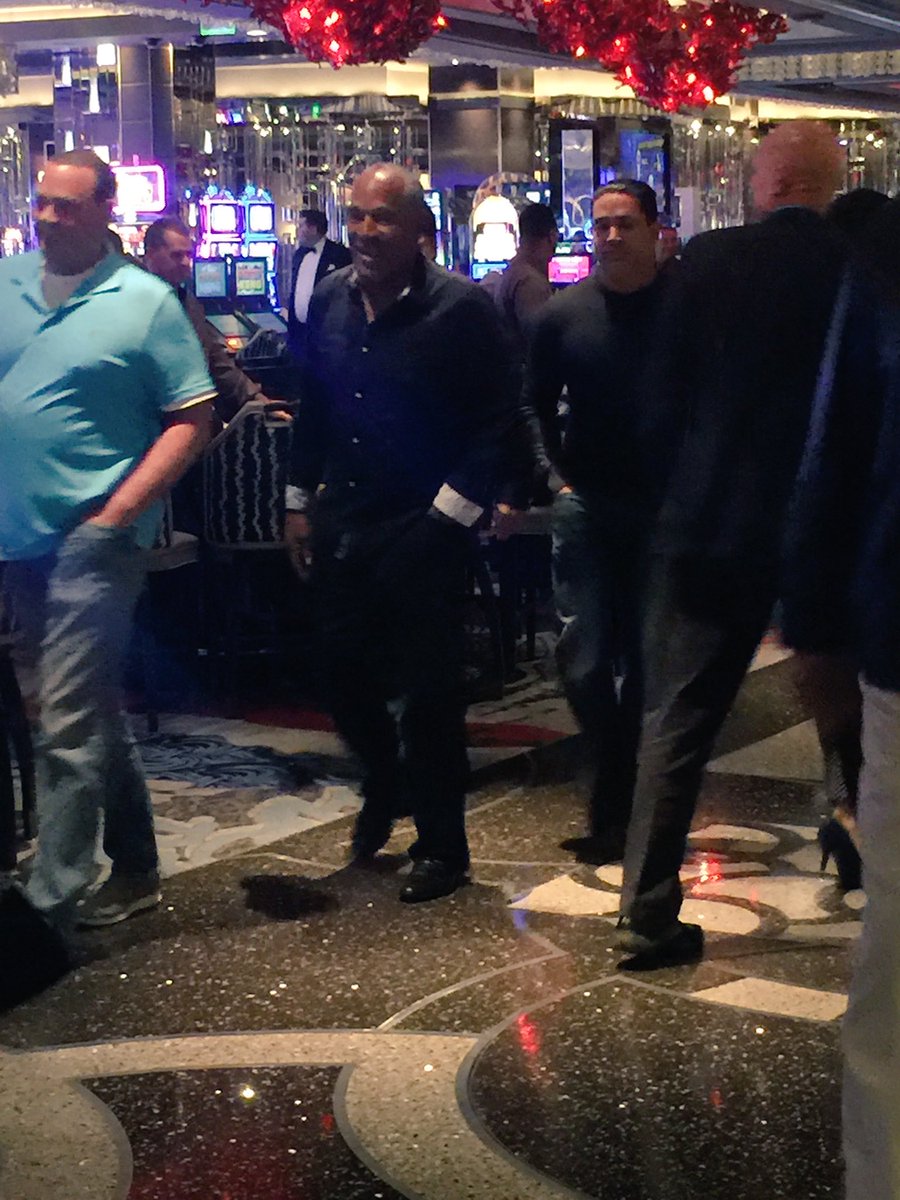 OJ Simpson spotted at the Cosmopolitan Hotel and Casino in Las Vegas on Wednesday, moments before being banned from the property. (Image: Twitter / @BrianMunzTSN)

The Juice has been on the loose since Oct. 1, when he was released on parole from Lovelock Correctional Center, a prison in northern Nevada, after spending nearly a decade behind bars for a crime he committed at another Las Vegas casino, Palace Station.

After being released, Simpson made the 450-mile trip south to Sin City and arrived just hours before the mass shooting at the Route 91 country music festival. OJ has not been implicated in that incident.

Wherever OJ goes, so goes TMZ. The celebrity-stalking publication has been following Simpson around Las Vegas since his release from prison. On Wednesday, a reporter interviewed hotel staffers to get the scoop on the Juice’s behavior, and reported that some said he was drunk and acting unruly at Clique, an upscale bar.

TMZ claims that casino employees said security arrived at the scene and permanently banned the 1968 Heisman Trophy winner from the property for life. They did not say how long he was there before security had to be called.

Simpson’s attorney, Malcolm LaVergne, told the Associated Press that evidence shows that Simpson wasn’t intoxicated or belligerent, and that he wasn’t sure why his client got banned from the casino.

Whether or not OJ was drunk is a big deal because, as part of his parole, he must refrain from getting intoxicated or using drugs, or run the risk of being shipped back to slammer to finish out the remaining 22 years of his sentence.

LaVergne said Simpson contacted his parole officer on Thursday and submitted to a drug and alcohol test, which he passed.

OJ Simpson, now 70, rushed for more than 11,000 yards in the NFL, mostly with the Buffalo Bills, following a stellar college career at USC, and was inducted into the Pro Football Hall of Fame in 1985. After his career, he took up acting and sports broadcasting, starring in the hit comedy flick ‘The Naked Gun,’ and providing sideline commentary during NFL games on CBS.

He had a squeaky clean public image, but that all changed when he was arrested in 1994 for allegedly stabbing to death his ex-wife Nicole Brown Simpson and her friend Ron Goldman. OJ had previously been arrested or accused of beating his then-wife multiple times but few outside of his inner circle knew of these transgressions.

Despite a plethora of evidence to the contrary, including blood samples matching his DNA at the crime scene and on his vehicle, OJ was acquitted of murder charges in 1995 at the conclusion of what was dubbed the “trial of the century.” But in the court of public opinion, he remains guilty.

Simpson’s reputation is tarnished for life, and when he was arrested in 2008 for armed robbery in a failed attempt to retrieve some of his football memorabilia, many hoped justice would finally be served. He received a sentence of nine-to-33 years in prison, and due to good behavior, he was eligible for parole after serving the minimum.

Many don’t think he’s served enough time. If OJ insists on making scenes around Las Vegas casinos, odds are good that his days behind bars won’t be over.

LOL.here we go again, OJ has a omen that follows him.Returning to vegas is where he knows many people that would help him financially, but is also where he finally was caught and sent to jail,being 70 years old anyone in there right mind would and should stay low, mostly when just being paroled.Call it Stupitiy ,full of himself, gods gift-not !!,..i sure wouldn’t be pushing the rules of law when there is chance of returning to prison and living the few valuable years left with the thought of passing away behind bars. some never learn

OJ WAS DISCRIMINATED ON FROM THE CASINO BEING PROFILED