A special subset of tournaments came to the attention of the greater poker community when the Toledo Blade covered the recent Ohio Deaf Poker Championship, held Saturday at the Hollywood Casino in Toledo. 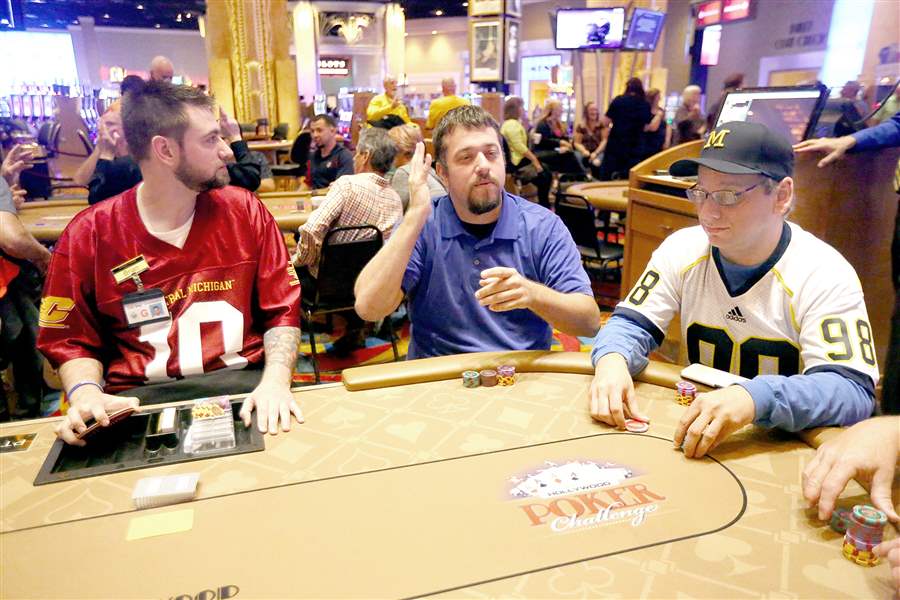 The appeal of deaf-only tournaments has been growing, with rounders traveling from as far as Maryland, Texas, and Arizona to take part in the latest event.

When a group of players approached the Hollywood Casino about hosting a semi-private event, it was an easy decision for Poker Room Manager Elliott Schecter. He had managed a similar tournament before in Las Vegas, and saw the potential in the Midwest where there was a lack of poker events catering specifically for deaf people.

After the success of a tournament in March of this year, a second deaf-only tournament took place on Sept. 16. With a $100 buy-in, the no-limit hold’em showdown saw 59 players sit down for a shot at the $1,605 top prize.

When the action was over, Achille Buzzelli stood as the victor after his pair of queens was enough to beat the tens of Gabe O’Hicks. While the seven players who cashed may have been smiling, the broader appeal of the event made the local headlines.

The Toledo Blade covered the most recent Ohio Deaf Poker Championship, and noted the congenial atmosphere that made it a special event, in contrast with open poker tournaments that often leave hearing-impaired players isolated from the action.

“The best part about it is the genuine happiness. Everyone is a community,” said Dominic DeSano, poker room supervisor at the Hollywood Casino Toledo.

The World Series of Poker is no stranger to welcoming players with disabilities. Stemming from a culture that welcomes anyone with the money to buy in, the WSOP showed its ability to be accommodating in 2005 when William Rockwell, who lost his arms in a motorcycle crash, became a fan favorite during the Main Event on TV, playing with his feet.

Since then, numerous people who use wheelchairs or need special assistance with handling chips and cards have been able to play in the World Series and other live tournaments.

A deaf-only tournament, however, is a little bit different in the ways it requires dealers to be trained for running a game where, for example, verbal is not necessarily binding. As Schecter told the Toledo Blade, his tournament was more “social” and less “aggressive” than regular tournaments.

In a bid to welcome more people into poker, similar events are now taking place across the United States and the world. The Deaf Poker Tour currently hosts tournaments in Florida, Texas, and Maryland, while leagues such as the Bay Area Poker Series also run events under the World ASL (American Sign Language) Series of Poker banner. There’s also an International Deaf Poker Tour in Italy.

While deaf-only tournaments are a way for those with an impairment to experience a sense of community, some players contend the level of competition is higher, too. Ohio Deaf Poker Championship runner-up O’Hicks noted that hearing players aren’t as aware of their facial expressions as those with a hearing-impairment.

“Deaf people are more observant of what’s going on around them. Playing against hearing people is easier,” O’Hicks told the Blade.

The next WASP tour event is in Cleveland, Ohio, Oct. 6-7, followed by Deaf Poker Tour tournaments in Texas and Arizona.