Four members of a Brighton Beach and Coney Island organized crime family were named for their connections to a May 2016 arson on a building that was hosting a rival underground poker game, according to an indictment federal prosecutors in Brooklyn unsealed on Wednesday. 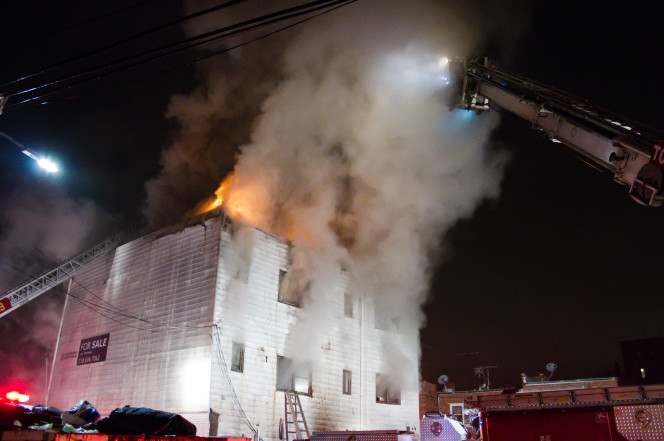 Three of the four accused criminals are believed to have ties to a larger crime organization run out of Israel and former Soviet states in Eastern Europe, authorities said.

They allegedly were members of the “thieves in law” gang that ran an underground poker game in New York, and were apparently upset when a competing card room opened on their turf.

According to the criminal complaint, 33-year-old Vyacheslav Malkeyev set the three-story building ablaze while Viktor Zelinger, Leonid Gershman, and Aleksey Tsvetkov watched approvingly. In total, the 33-count indictment names six people who are charged with a range of crimes that include extortion, assault, and drug trafficking.

In igniting the blaze over a competing poker game, two people sleeping on upper floors required rescue from the fire department. Among the victims was a 12-year-old boy who suffered first-degree burns on their face.

For those not wanting to drive 125 miles to Atlantic City to play underground clubs are readily available in the five boroughs. A look at the website Craigslist in Manhattan under the groups section show there are several postings advertising poker clubs in the city.

It is not illegal to play in these games, but running one for profit is. Still, authorities have been inconsistent in their policing of these games, which many see as a victimless crime.

To compete, games often advertise free food and drinks, and the presence of waitresses, masseuses, security guards, and professional dealers. Many work at legal poker rooms in Atlantic City and moonlight in New York to make extra money.

The clubs usually perform a background check on new players, as part of an effort to keep both cops and criminals out of the games.

Underground poker clubs have been around New York City for more than a century. Famed hustler Titanic Thompson was a regular at high-stakes games in the 1920s through the 1940s. It was during a New York poker game that he witnessed the shooting death of Arnold Rothstein, the gambler considered responsible for fixing the 1919 World Series.

Famed poker professional Stu Ungar, who won the WSOP Main Event in 1980, 1981, and 1997, got his start at clandestine card rooms on the Lower East Side of Manhattan when he was just a teenager.

Howard Lederer and Erik Seidel are two modern-day players who cut their poker teeth at the Mayfair Club, one of New York’s most famous underground games. Dan Harrington also played there.

The popularity of these games has ebbed and flowed through the years, and when Atlantic City opened for business in 1974 the games began dying out. They have enjoyed something of a resurgence in recent years, with Molly Bloom, who wrote a tell all-book that has since been made into a movie called “Molly’s Game,” in which she reveals the inner workings of a club in the city that attracted A-list celebrities and athletes.