Former Amaya Inc. CEO David Baazov will likely no longer be able to avoid stepping into a courtroom. The founder of the company that owns PokerStars, the world’s largest online poker site, is set to stand trial beginning November 20 on charges of insider trading in Canada. 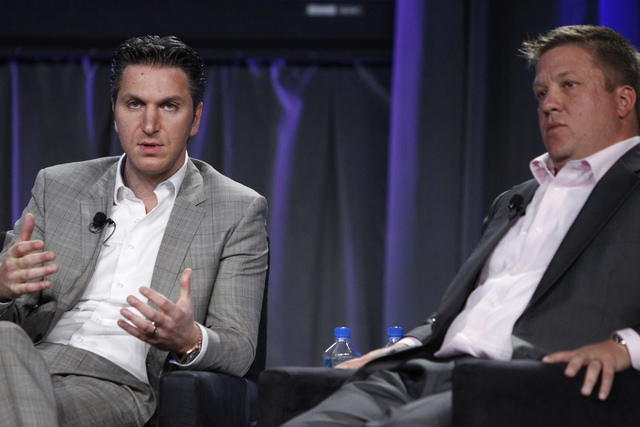 Judge Jean Claude Leblond of the Quebec Court, at a Tuesday hearing, set the trial date after discussions with both sides. That doesn’t guarantee a trial will take place, however. Baazov’s lawyers could still reach a plea agreement with the Autorite des marches financiers (AMF) prior to November, and spare their client from the ordeal.

If an agreement isn’t made beforehand, Baazov’s trial is expected to last approximately 13 weeks. The AMF plans to bring in around 50 witnesses, some of whom don’t live in Canada. Those who live outside the country would have to testify via videoconferencing. An anonymous informant is also scheduled to testify against the former gaming boss.

According to the AMF charges against him, Baazov, along with childhood friend Benjamin Ahdoot and Amaya adviser Yoel Altman, is alleged to have attempted to influence the market price of Amaya securities. The former CEO is also accused of disguising stock trading activity prior to his company’s acquisition of PokerStars in 2014 and engaging in a sophisticated kickback scheme.

Baazov allegedly spread word to select individuals, including his own brother, prior to key Amaya decisions. They are said to have used that information illegally to profit more than $1.5 million. The AMF also alleges some of that money went right back into the former CEO’s pockets.

The Quebec regulator says this is the largest insider trading case in Canada’s history. The three defendants have all entered not guilty pleas. If convicted, they could face massive fines and potential prison time.

In March 2016, Baazov was formally charged and subsequently stepped down from his leadership role at Amaya. Since then, the AMF has continued investigating him, while piling up an extensive list of witnesses.

Israeli-born David Baazov, now 36 years old, is a mathematical genius, but hated school so much that he dropped out before high school graduation. His parents opposed the decision, and kicked him out of the house. That didn’t stop the wunderkind from his ambitions.

By age 21, he was the owner of a multimillion-dollar computer shop he created. That business, which he sold a few years later, laid the foundation for his rise to fame and fortune.

In 2010, six years after he founded Amaya, the company was worth more than $6 million. That’s a drop in the bucket compared to what it is worth today. The business acquired numerous small gambling companies, and eventually PokerStars, over the years.

Forbes dubbed Baazov the “King of Online Gambling” in 2014. But after several trying years, Baazov’s crown is not only tarnished, he may soon be entirely dethroned.