Not Bad for a First-Timer: Zachary Smiley Wins $356K in WPT Maryland Live!

Zachary Smiley is an anomaly. Not many poker players bring home a six-figure score for their very first tournament takedown. 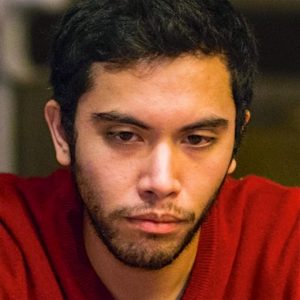 Smiley is the winner of the WPT Maryland Live! tournament which concluded Wednesday evening in Hanover, a town near Baltimore. It was his first major tournament win. In fact, he doesn’t have a prior recorded live tournament cash of any kind, or even a Hendon Mob profile, though that likely won’t last long.

His story is unlike most WPT winners. He recently dropped out of medical school and probably isn’t regretting that decision now, not after winning a hefty six-figure cash for just four days of play. That’s approximately three to four years of salary for a young doctor, not including all the loans to pay back.

What makes his story unique is that he’s not a pro. In fact, Smiley is barely even a casual poker player.

He admitted afterwards that he doesn’t play much poker at all. And he bested a TV final table that included some of the game’s most accomplished pros. It was like the 2003 WSOP Main Event where Chris Moneymaker, an amateur at the time who barely even knew how to play tournaments, beat out a table full of grizzled veterans, such as Sammy Farha and Dan Harrington.

Smiley didn’t win nearly as much as Moneymaker did in 2003, nor will his story likely lead to another massive poker boom. But it just goes to show that anyone can win on any given day in poker. The med school dropout’s name will be enshrined on the WPT Champion’s Cup along with every other World Poker Tour winner since 2002. He also is now admitted to the WPT Champion’s Club, an exclusive coterie of past WPT winners.

Heads-Up for the Title

Smiley found himself heads-up for the title with Ryan Belz, the chip leader heading into Day Four, after Mario Silvestri III ($153,983) busted in 3rd place. He held nearly a 2:1 chip advantage and, after 43 hands, put his opponent away to win his first major poker tournament.

The two players got all the money in pre-flop in a race situation. Smiley held 5♥5♦ against A♦Q♣. The flop came out clean for Smiley (10♣6♣9♦), but the turn gave his opponent an open-ended straight draw with two over cards (J♥). Both players had to sweat the river card, but a blank came (4♠), giving Smiley a winning hand and Belz a runner-up finish ($239,412).

Not First, But Not Bad

For Zamani, despite falling short of the title, he received some even better news than winning money. He’s now in the lead for WPT Player of the Year. This was his third final table appearance in less than three months. He finished in the #2 spot at WPT Legends of Poker and WPT Choctaw, and now has five career final table appearances, but no titles…yet.

Always nice when a young buck takes one down. Gives us newbie hope for the future, when our bankroll can afford the entry fee.