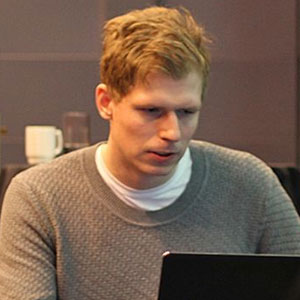 It all started with the classic argument regarding poker as a game of chance or skill. Pot Limit Omaha specialist and high-stakes player Ola “Odd Oddsen” Amundsgaard of Norway decided to issue a challenge in order to prove that poker is a game of skill. In light of the political environment surrounding gaming laws and the upcoming changes to them, Amundsgaard challenged any politician to a poker game.

Fremskrittspartiets Progress Party politician Erlend Wiborg, who supports the legalization of online poker, accepted the challenge. The two set the parameters for the Pot Limit Omaha game to include 10,000 total hands of heads-up play on one table. If Wiborg won, Amundsgaard agreed to pay one million Norwegian Kroner, which is equal to approximately $170,000. If Amundsgaard won, he would get nothing; but Wiborg said he would donate any of his winnings to charity. The match was set to begin on December 7 at an Oslo conference center on PokerStars, and they could run the challenge through May 7, 2014.

One Match was Enough

The match of the pro versus the politician went off as planned, but it ended after little more than 1,000 hands of $.50/$1.00 Pot Limit Omaha on PokerStars. Amundsgaard was up $2,666 after each player started with 300 buy-ins, and Wiborg wanted to stop at that point.

Wiborg admitted before the match even began that the only poker he had played in recent years was during the previous day against a “former world champion.” He also added, “I may smile when I have really bad cards, or look disappointed when I have good cards,” then admitted it was not a sufficient winning strategy. After seeing the results of the match, Wiborg conceded and ended the contest. “I hope it at least will lead to a discussion and put poker on the agenda,” he noted.

Norway has been struggling with redefining its gaming laws for quite some time. When a new regime took power in October 2013, officials said that the plan was to liberalize the Norwegian online gambling market to allow access to foreign-based operators. That, however, is still in progress.

For now, players face restrictions such as only being allowed to play between 7 a.m. and 3 a.m., as well as having a loss limit of 10,000 Kroner per month, which is approximately $1,640. Many Norwegian players have taken to playing on foreign online gaming sites.

In an attempt to discourage foreign operators, the Norwegian Gambling Authority has enlisted the help of YouTube to block all advertising for those companies not licensed in Norway. YouTube agreed, based on a year-long investigation by the NGA, and the company will only authorize videos that comply with national laws.