ESPN poker announcer Norman Chad (“normanchad”) ran deep in the $1,000 Limit Omaha Hi-Low WSOP event. But it was William Romaine (“SlaweelRyam”) who shipped the bracelet and the $110,673 prize. 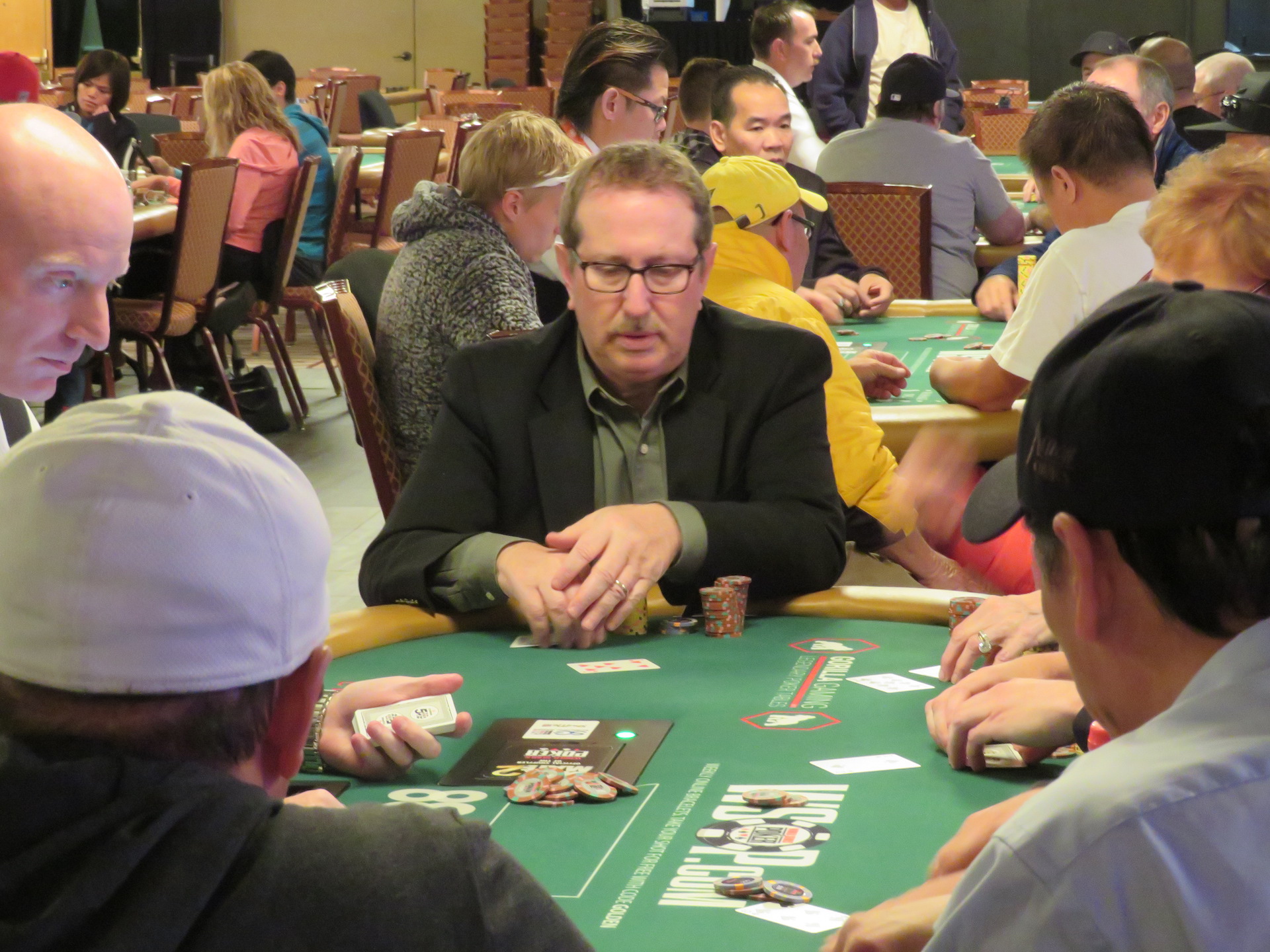 The long-time ESPN poker announcer who resides in Los Angeles traveled east to Stateline, Nevada, to compete on WSOP.com. He spent much of Tuesday evening with an above-average chip stack, but the cards didn’t fall his way in the end.

On Tuesday, he fared much better, but his trophy case (if he even has one) remains without a gold World Series of Poker bracelet. The recently laid-off Washington Post sports columnist last cashed in a live WSOP event back in 2014, a 10th-place finish for $34,550 in the $10,000 Stud Hi-Low 8-or-Better Championship, his game of choice.

Chad shocked the poker community last night with his deep run, but not as much as when he somehow, someway, reached the final table of the $2,500 Omaha/Stud Hi-Lo 8-or-Better event in 2012. He was eliminated in sixth place in that tournament, earning $36,093.

The poker commentator has spent much of his summer spreading peace and joy through a song and dance routine he dubs the “Ooka Looka.” Each day on Twitter, he shows off his dance moves and creativity. Or, at least shows us why he became a poker announcer instead of an American Idol contestant.

‘SlaweelRyam’ Takes it Down this Time

Chad couldn’t quite ship the PLO8 tournament on Tuesday night. Instead, it was William Romaine who accumulated every chip in the tournament.

Romaine took out Mark Ioili (“victb””) heads-up to win the bracelet. Ioli still earned himself quite a nice payday — $68,478.

Had he won that heads-up match, the poker community would have missed out on an epic (or maybe cringe?) dance celebration from Lech.

Romaine, who earned $110,979 for his runner-up finish earlier this month, has been one of the top performers during the WSOP Online Bracelet Series on WSOP.com. He now has seven cashes through 28 events, totaling $234,850.