The World Cup has reached the semifinal round, and all four remaining teams can feel as though they have a realistic shot at lifting the trophy on Sunday. 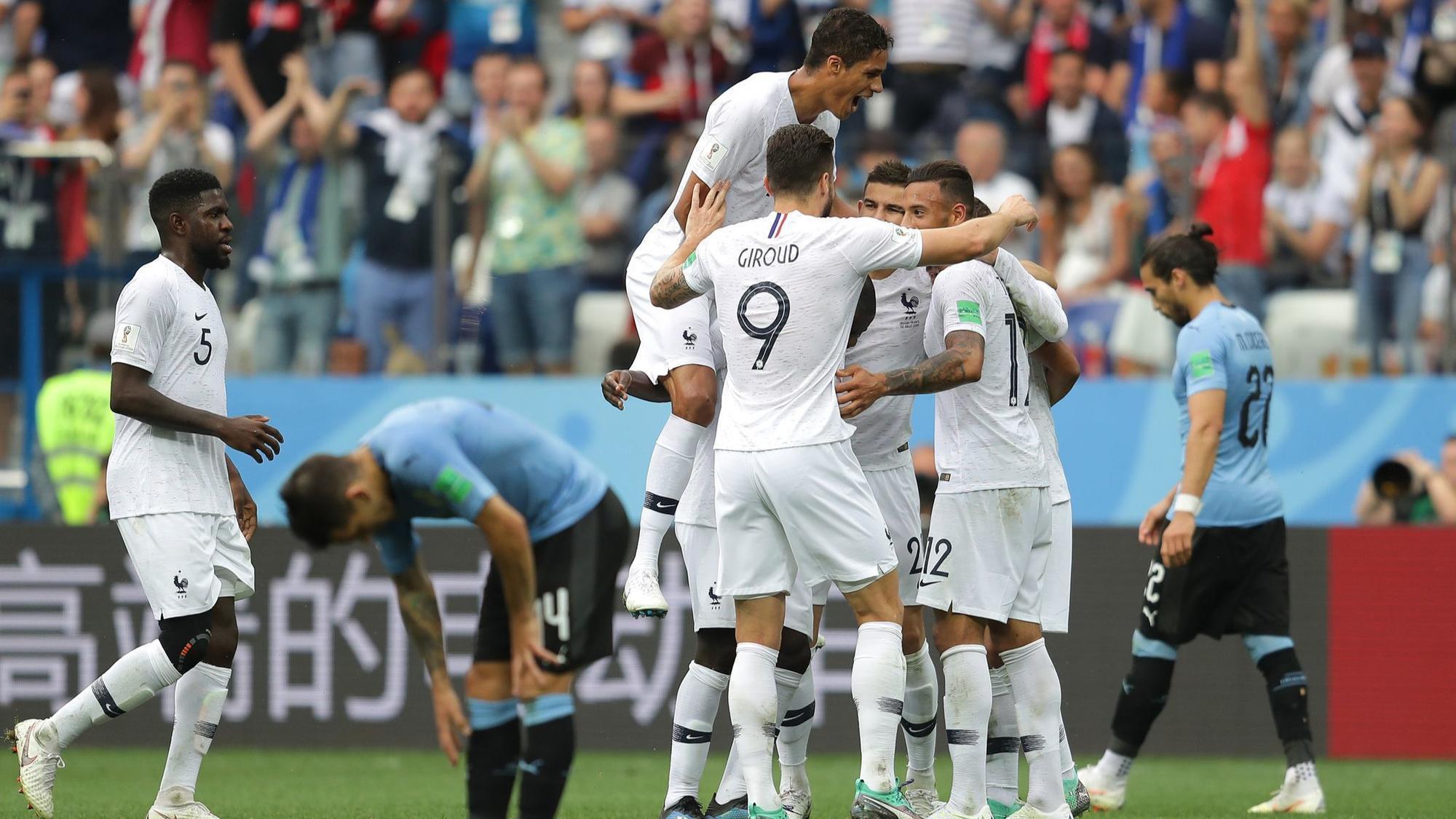 That doesn’t mean there aren’t favorites, however. France is the top pick to win the tournament, with Paddy Power listing Les Bleus as a 2/1 favorite to win the country’s second World Cup title.

That puts France just ahead of England (5/2), which is also looking to win the tournament for the second time. Meanwhile, both Belgium (11/4) and Croatia (9/2) are looking to capture their first World Cup crowns.

France and Belgium Could Produce Plenty of Goals

All four squads have been impressive throughout the tournament, but of the remaining contenders, the two strongest are likely in Tuesday’s semifinal between France and Belgium. Both teams have shown attacking flair, and neither has lost a game yet in Russia. In fact, the teams have only combined for a single draw: France’s final group stage game, in which they and Denmark played a lifeless 0-0 draw that allowed both sides to advance to the knockout rounds.

That has many fans expecting lots of goals on Tuesday, and recent history suggests that could be the case. The last time the two countries met, the result was a 4-3 victory for Belgium in a friendly held three years ago.

France is in the semifinals for the first time since 2006, and with Germany, Brazil, and Spain all having been eliminated, they are in the perfect position to win a second title 20 years after they first won the World Cup on home soil. But French manager Didier Deschamps knows that his team will first have to get by a Belgium side that is coming off a resounding 2-1 victory over Brazil.

“It will be a tough match against a team with a big offensive arsenal,” Deschamps told reporters. “It’s a generation of quality…when we look at their workforce, it’s impressive.”

France has been made a 3/4 favorite to advance through to the final, though Belgium (21/20) is only the slightest of underdogs.

England Has Edge Against Weary Croatia

Similarly, England has been pegged as the slight favorite over Croatia in Wednesday’s semifinal. While Croatia looked very strong in its group stage campaign, they’ve required penalties to defeat both Denmark and Russia in the knockout phase. Meanwhile, England cruised in its quarterfinal match against Sweden, winning 2-0 to reach the semifinals for the first time since 1990.

“We feel proud – proud to have made the fans proud,” said English forward Harry Kane, who leads the tournament with six goals. “We said we wanted to write our own history. Hopefully we can go one step further than 1990 and get to the final.”

Croatia is also hurt by the fact that they endured through two extra time periods, playing 120 minutes against both Denmark and Russia. Fatigue will be compounded by injury concerns, with right back Sime Vrsaljko already ruled out of playing in the match against England.

Those factors have made England the 8/13 favorite to move on to the final, while Croatia (5/4) is a modest but clear underdog.

The two semifinal winners will meet in the World Cup final on Sunday, while the losers will play for third place on Saturday.

Ill have to crank this thing on my FIFA soccer game to see if I can recreate this experience. Can help it though as I feel the same way about soccer as I do about football as I do about golf as I do about basketball. Just a bunch of overpaid nonsense that holds cities hostage for bigger arenas and they do a job on the environment with the constant destruction of these arena to kowtow to demands of these rich folks. End em all

If Croatia can win one more I win a little score. Before the world cup started, I bet them to make the finals.