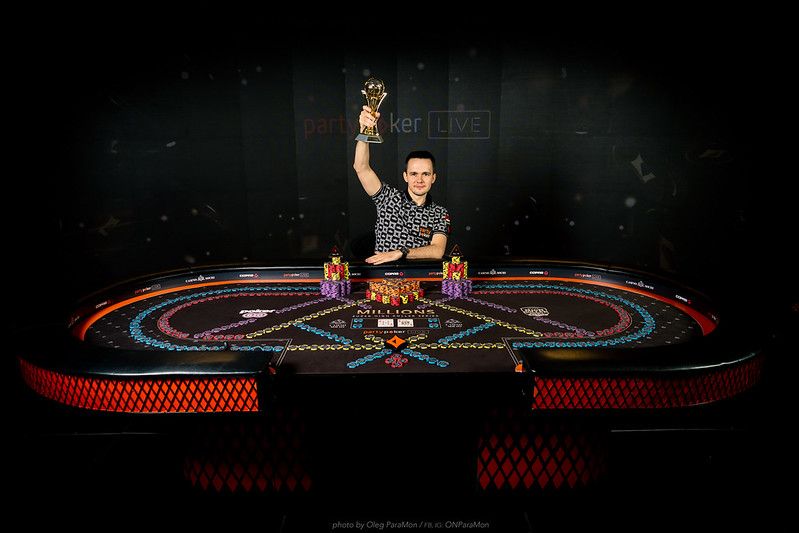 The Belarusian is no stranger to high-stakes success, and that showed on Day 2 of the $50,000 No-Limit Hold’em showdown.

After bagging the most chips on Day 1, Badziakouski continued his momentum on Tuesday. Betting with relative impunity throughout the final session, he quickly established his dominance over an all-star cast.

First to fall at the final table was online specialist Wiktor Malinowski. With the starting field of 45 whittled down to seven, the man known online as Limitless made his final move with K-Q. Artur Martirosyan made an easy call with A-K and held onto the lead to eliminate Malinowski.

With the deadlock broken inside Casino Sochi, Badziakouski got to work. Betting and raising at every opportunity, he was able to pressure those around him into making the wrong moves at the wrong times.

Super High Roller Bowl London winner Carey Katz was next to fall. The American called an all-in from Sam Greenwood with six left. When the cards were revealed, Katz was in front with pocket sixes. However, the J♠3♣9♠ flop hit Greenwood’s K♠J♦.

The A♦ and 9♦ on the turn and river completed the board, giving Greenwood the winning hand. Greenwood went from executioner to the executed a few hands later when his A-Q couldn’t overcome Badziakouski’s pocket kings.

Now down to four, it was Badziakouski’s time to turn up the heat. Raising from the cut-off with A♣K♠, Badziakouski made a quick call after Vincent Van Blarcum moved all-in with A♠9♥.

Luc Greenwood, Sam’s brother, was the next to fall before Martirosyan made a final stand. Despite enjoying a rush of cards during at the final table, the Russian couldn’t stop the Badziakouski express.

Martirosyan gave himself a some hope with double-up late in the day. However, in the end, luck conspired against him.

The T♥ on the turn prompted a check from Badziakouski and an all-in from Martirosyan. Asking for a count, Badziakouski determined that the odds were right to make a reluctant call. The 5♥ on the river completed Badziakouski’s runner-runner flush and gave him the Super High Roller Series Sochi title.

As always, Nikita Badziakouski shows incredible results in high roller tournaments, we can say that Sochi is his home game.

He is a very good poker player and always shows good results! Congratulations on your win!