Nick Schulman proved yet again that he’s more than just a great poker commentator with a silky smooth voice. The former pool shark is also one of the top high stakes players in the game which he demonstrated on Monday when he took down the $10,000 Pot Limit Omaha 8-or-Better tournament at the 2019 World Series of Poker. 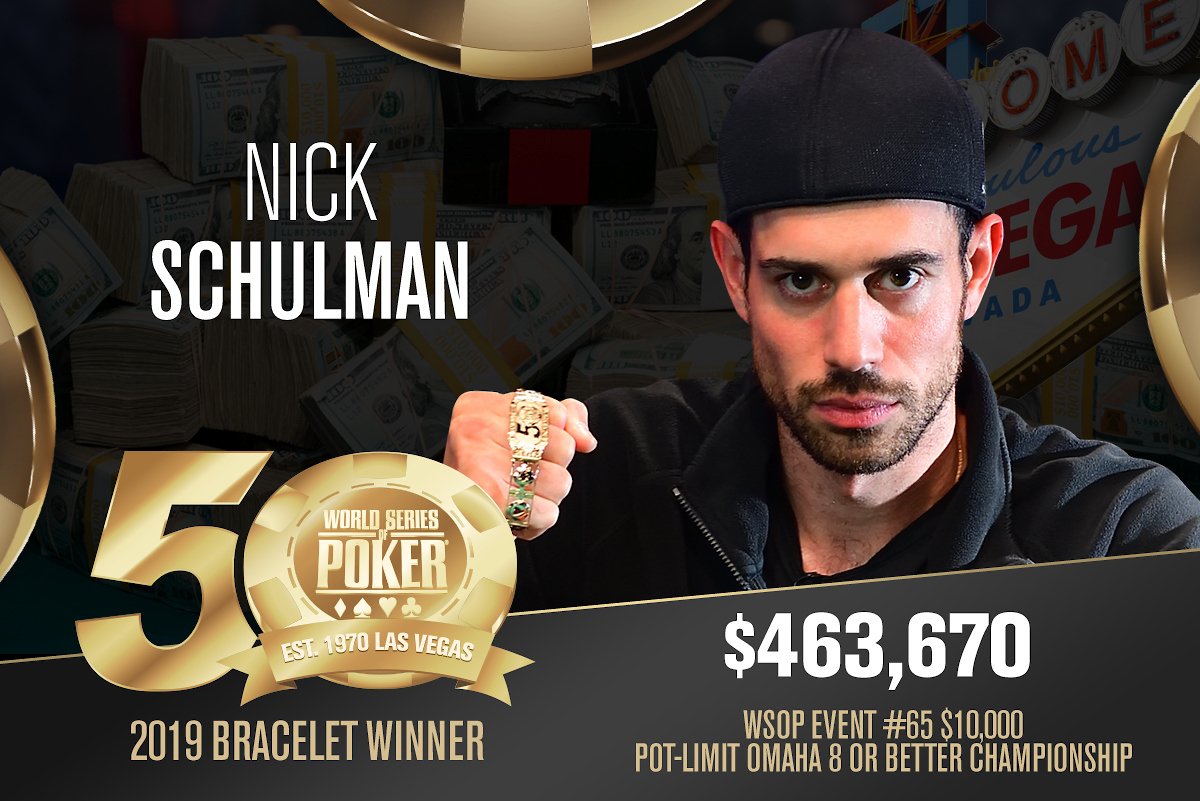 From pool shark to poker legend, Nick Schulman is the G.O.A.T. (Image: wsop.com)

Nick Schulman will be eligible for the Poker Hall of Fame in 2025. He could never play another hand of poker or never announce another tournament and still gain entry based on his current stats. And it would be hard to argue against his worthiness.

Schulman is a rare breed as an accomplished high-stakes tournament and cash-game pro, along with being a skilled poker commentator. He also hits every mark to qualifier as a Hall of Fame candidate.

A total of 193 players registered for this $10K tournament. Many other talented pros such as Conor Drinan (10th for $35,950) and Randy Ohel (19th for $17,295) cashed in this event. But it was Nick Schulman, arguably the most popular poker commentator in the world, who outlasted the entire field to win his third bracelet.

Schulman understood what he was up against while facing so many skilled professionals.

“It was on my mind but at the end of the day, you have the poker decisions and that’s really all we can control so I tried my best to focus on that as much as I can,” he said in his post-game interview.

Quick Player of the Year Update

We are now officially one day from the 2019 WSOP Main Event. So, it’s time to start focusing heavily on what has become a tight Player of the Year race.

About 30 players still have a shot at the coveted POY award. Dan Zack, a Southern California high stakes cash game great, is hanging on to the lead, which he’s held for a few weeks.