Nick Schulman made poker history on Thursday at the Aria in Las Vegas, becoming the answer to a future trivia question by winning the first ever Poker Masters event. The victory in this $50,000 buy-in tournament paid him $918,000, and kicked off a week of high-stakes tournaments that were made for TV, or more precisely made for viewing on your personal video screens using the subscription PokerGO app. 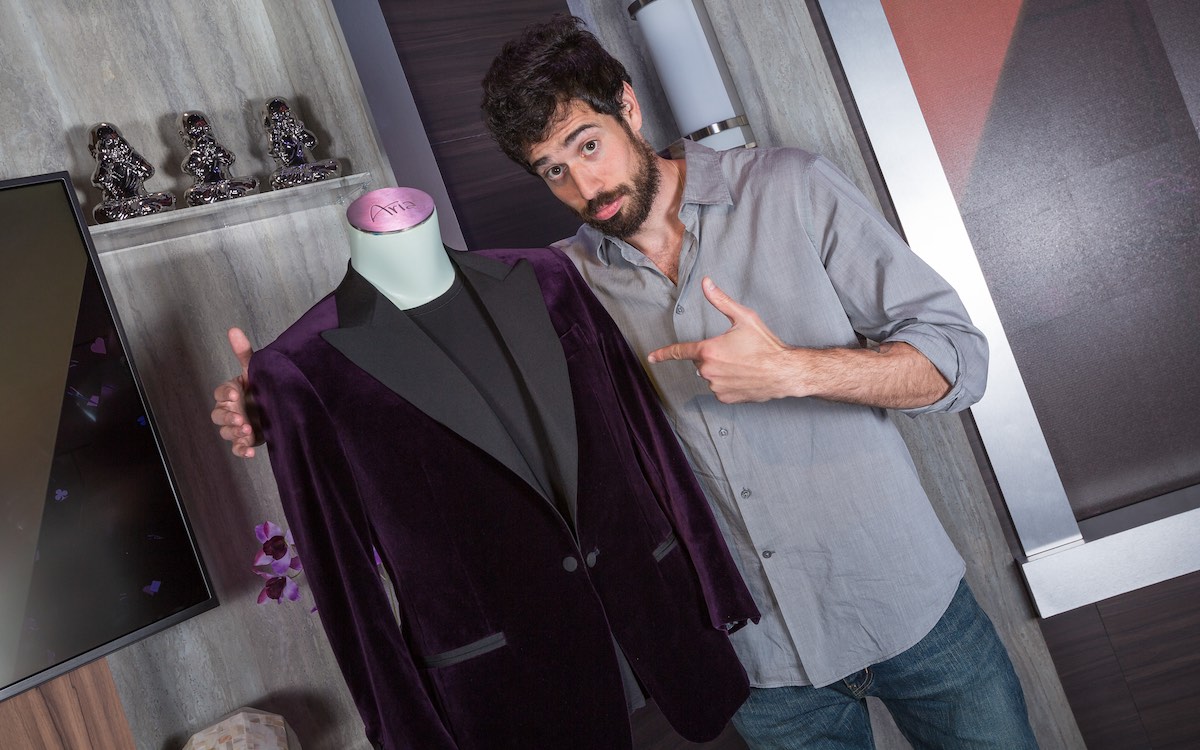 Nick Schulman has eyes on the Purple Jacket after winning the first Poker Masters event and $918,000. (Image: Poker Central)

Poker Gods Must Be Crazy

Schulman, a Brooklyn native who now resides in Las Vegas, made mincemeat of his opponents at the final table, leaving him heads-up against Matt Hyman, a California semipro who entered the final table as the chip leader.

As heads-up play got underway, it started to seem like the poker gods might’ve had it in for Schulman. He twice had Hyman on the ropes all-in, once simply needing to fade a two-outer, but Schulman couldn’t close out the match thanks to an uncooperative deck.

But eventually tides began to turn, and Schulman built up a 5 to 1 chip lead. Then he got his pocket aces, which proved to be no match for a turned straight. Then Schulman shoved with K♦2♦ against J♥10♠, and lost.

“This just might not be mine to win,” a frustrated Schulman muttered.

Indeed, but sometimes the poker gods, if they exist, have a different plan.

With the stack sizes nearly identical, Schulman three-bet shoved all-in with A♠K♥, and Hyman called with A♦8♦. Schulman had him dominated, but that only seemed to be setting him up for a horrible beat when the flop came Q♠7♦5♦. When the turn was the 5♠, Schulman seemed almost relieved by the increased potential for a chop if the board paired on the river.

Pacing around the Aria studio, a concerned Schulman seemed almost desperate to fade a 12-outer (plus six extra chop outs). When the dealer flipped over a safe A♣ on the river, Schulman could breathe a sigh of relief ending as an epic heads-up battle ended with those dastardly poker gods smiling down on him after all.

The win put Schulman over the $10 million mark in career live tournament winnings, and was his biggest score since taking down the 2005 WPT World Poker Finals for $2.1 million.

What’s at Stake at Final Table #2?

Christian Christner, one of the many accomplished German pros who made their way to Las Vegas for this high-stakes series, tops the final seven players in Event #2. Right behind him is fellow German, Fedor Holz.

This tournament drew 50 entries, and the winner will take home $900,000. Play will resume at 12 noon PT on Friday, with Ali Nejad and David Williams providing the PokerGO commentary on a 30-minute delay.

This event resulted in a big-name final table, but beyond the high-stakes competition, there is more at stake than money for a few players at this final table.

Mateos and Sontheimer both cashed in the first event, so they would overtake Schulman for first place in the chase for the coveted “Purple Jacket,” awarded to the series’ overall biggest winner, with three events remaining.

For Bryn Kenney, he’s involved in a tight race with Koray Aldemir for GPI Player of the Year. The higher he finishes, the further separation he creates on the GPI leaderboard.

Fedor Holz, meanwhile, is playing for his fans. Or, at least those who signed up for his contest, which will pay one lucky user of his Primed Mind coaching app one percent of his Poker Masters profits. Holz busted early in Event #2, but quickly ran it up on his second bullet to make it to the final table.

Doug Polk also offered a one-percent giveaway to his social media following, but so far he’s come up empty through two events.

Event #3, the third of four $50,000 buy-in tournaments, kicks off at 2 pm PT on Friday. Most of the players at the final table from Event #2, if not all, will have been eliminated by that point.