Nick Schulman spoke out against a poker fan who criticized his commentary during a recent WSOP Main Event broadcast. The 2019 bracelet winner was apparently removed from the broadcast for comments he made, although that has been disputed by Daniel Negreanu and Norman Chad. 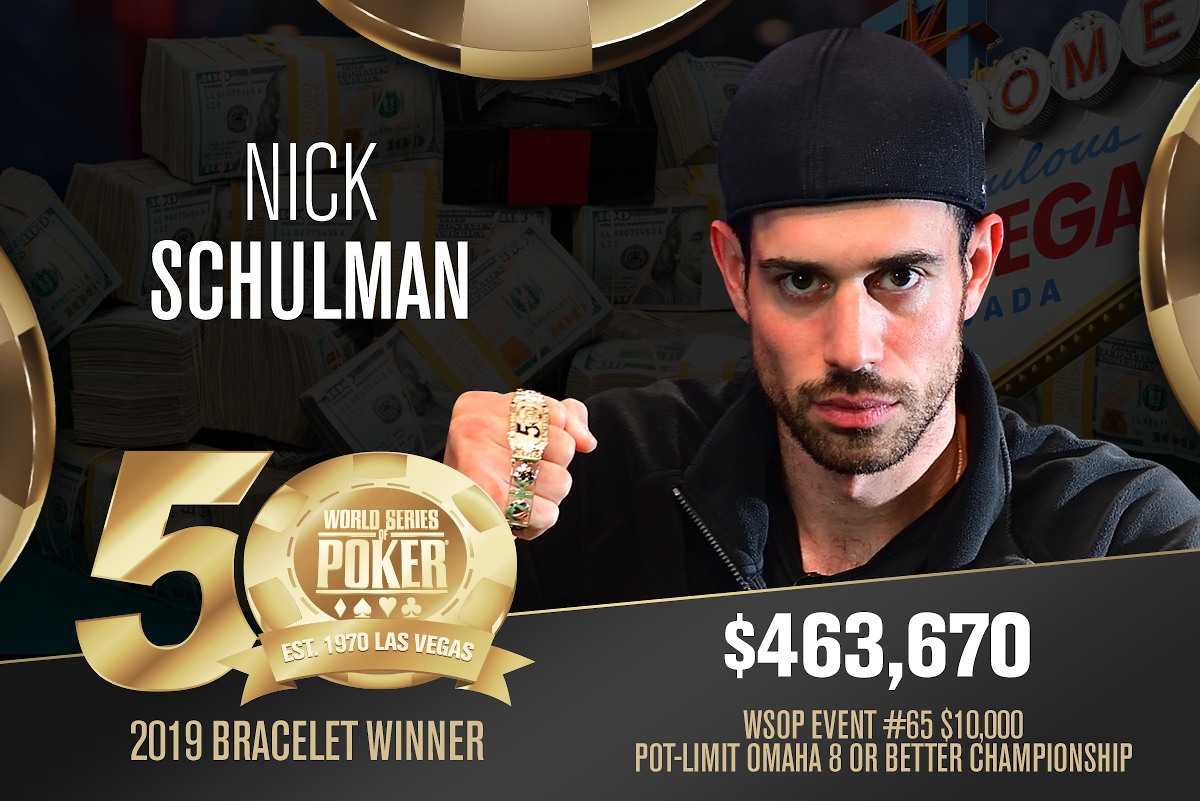 The poker pro and commentator got a bit choked up in a Twitter video addressing the controversy. He was visibly upset with poker fan David Stewart who lashed out at the recent bracelet winner over comments he made in regards to the quality of play in the Main Event.

1/2 When @NickSchulman says on national television that "if you want to get better at poker, then don't watch the main event"…how does that look from a recreational perspective? They view the @WSOP main event as a prestigious tournament with the best in the world playing-

It’s unclear if Schulman will continue in his role as a commentator for PokerGo in the future. Few would envision a scenario in which arguably the most popular poker announcer would get fired over just one comment. And, as most pros argued on social media, the comment was accurate and completely acceptable.

Schulman didn’t hold back. The typically calm poker pro took verbal jabs at Stewart, whose tweet may have caused his removal from the broadcast booth. He referred to Stewart as “this jerkoff.” But he also said, “I don’t think I was censored by PokerGo or ESPN.”

The former pool shark, who was criticized by Stewart for disrespecting the Main Event, said he agrees the Main Event has “prestige.” He was, as other pros such as Brian Rast agreed, making the point that many players in the tournament aren’t among the most skilled in the world.

Was He Banned Due to Controversial Comments?

Nick Schulman stays usually stays away Poker Twitter drama. But he couldn’t avoid the drama this time. We don’t know for certain if ESPN and PokerGo banned the commentator due to his apparently negative Main Event comments.

But we do know that Norman Chad and Daniel Negreanu both tell a different story. Chad, the long-time ESPN broadcaster, told CardsChat that Schulman didn’t appear in the broadcast due to a “scheduling issue.” Negreanu tweeted the same.

Schulman also appears to be confused as to his status. In the Friday Twitter video, he seemed uncertain what caused his removal from the booth.

“Also, I found out that morning that I was removed from the broadcast or not scheduled to begin with, which many people I trust have kind of told me that’s the case,” he said in the video. “I guess it sort of hurt my feelings a little bit.”

Nick Schulman is one of the most beloved and respected poker commentators. It’s hard to imagine he won’t be on a PokerGo broadcast in the near future. But we still don’t know the truth on why he didn’t broadcast on a day he thought he was scheduled to be in the booth. Perhaps, we’ll never know.