The 2018 PokerStars Caribbean Adventure kicked off over the weekend, starting with the PokerStars Championship Player of the Year. This tournament invited the winners of six tournament leaderboards to the Bahamas for a $100,000 winner-take-all single-table tournament, which was just enough for Nick Petrangelo to buy-in to the Super High Roller, which he didn’t win. 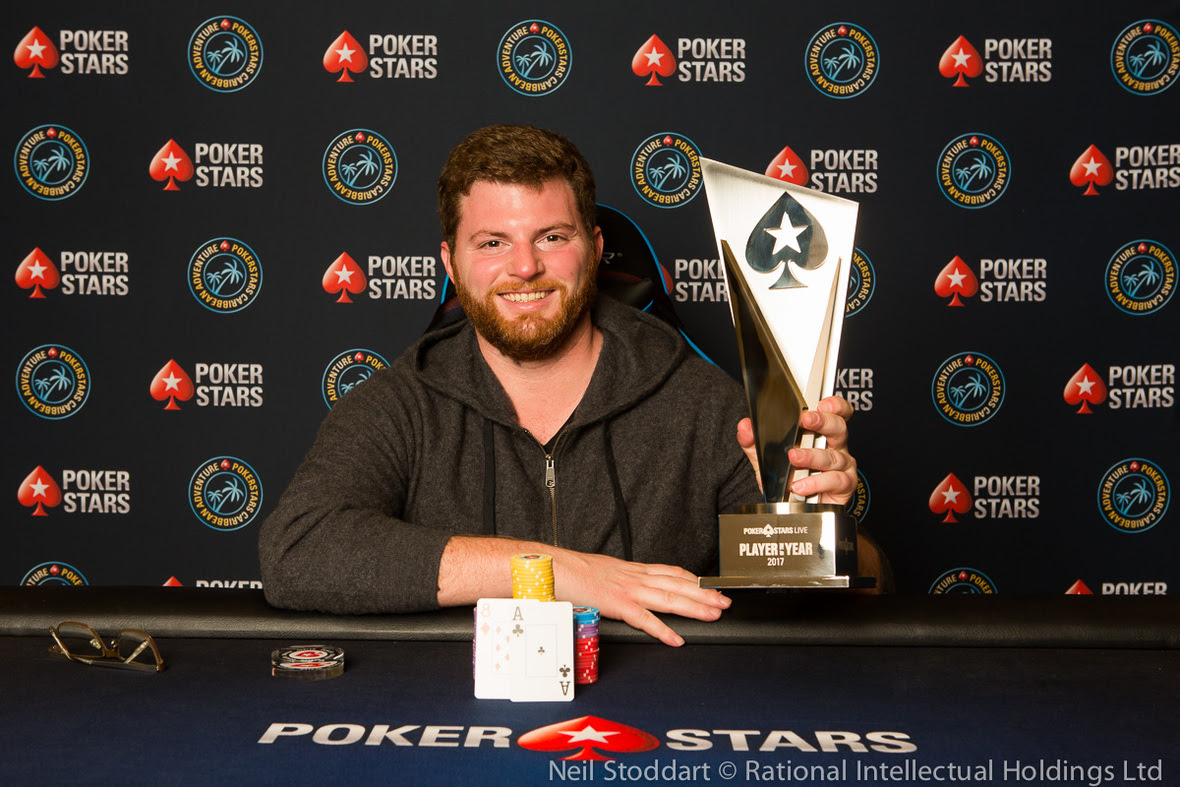 Six of the Best

In addition to their seats in this $100k freeroll, each of these players won a VIP package worth more than $17,000, with a 2018 PCA Main Event seat ($10,300) plus travel expenses and accommodations at the Atlantis Paradise Island Resort.

Hunichen, who in November shipped the 2017 Caribbean Poker Party High Roller for $400K, was the first to fall after five-betting all in with jacks failing to hold against Petrangelo’s Ace-King. Not long after, Dvoress exited when his Ace-6 failed to get there against Troyanovskiy’s Ace-10, and then Aldemir bowed out after three-betting the A♠5♠ and running into the A♣6♣ of Troyanovskiy. A six on the flop was all she wrote for Aldemir.

By that point, Petrangelo had more than half the chips in play, which he extended when he knocked out Kenney. It happened when Kenney shoved with Q♦10♠, and ran it smack dab into the A♥10♥ of Petrangelo.

Troyanovskiy managed two double-ups in heads-up play, but the third time he was at risk wasn’t the charm. He shoved with A♥2♦ and busted to Petrangelo’s A♣8♦. Petrangelo was awarded the $100K for the win, which he used to buy into the following day’s $100,000 Super High Roller.

Petrangelo, who is involved in the recently-profiled Chip Leader Coaching, was one of 48 entrants to partake in the 2018 PCA $100,000 Super High Roller, and he managed to make it through to Day 2. He was seeking his first-ever PCA $100K SHR cash, but he fell a couple tables short.

The win brought Petrangelo’s lifetime earnings up to $9,578,292, which put him second on the Massachusetts’s all-time money list behind Dan Colman.

Petrangelo may be even at the 2018 PCA, but he’ll have plenty of opportunities to make money as the $10,300 Main Event, $25k Single Day High Roller, and $50k High Roller will play out this week.

Very interesting and inspiring article how strong players struggle in a way for their success!Nick is a great personality and I notes him few years ago on translation of some Main Event Poker Stars.He showed amazing poker and I liked him.He got a throphy Player of The Year and I think he deserves it!