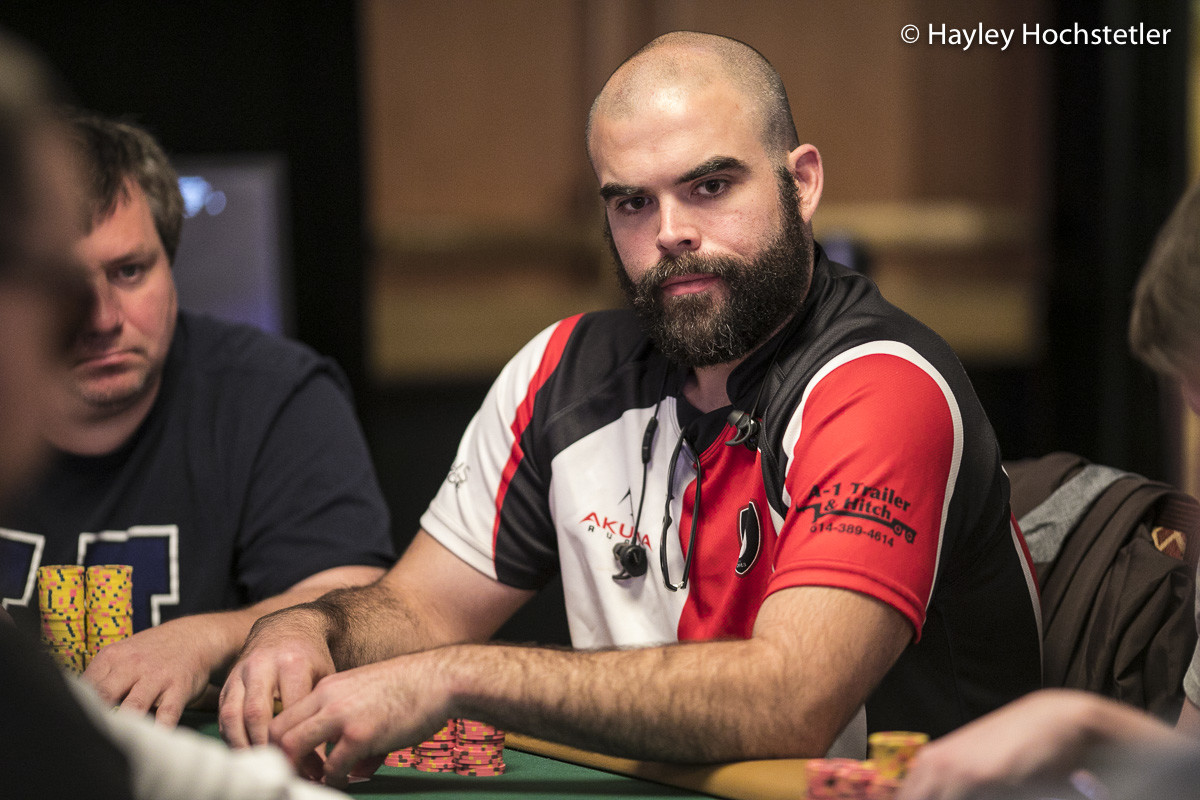 Nick Guagenti makes a big splash with a $305K win to go along with his first WSOP gold bracelet. (Image: Haley Hochstetler)

Guagenti (ShadowJacker) faced relentless aggression from Matthew Perry (EarvinMagic) sitting to his immediate left when the final table got down to three-handed play. After folding to multiple three-bets from Perry, Guagenti finally took a stand with a four-bet all-in shove with pocket threes. Perry made the call with Ace-Queen offsuit and Guagenti’s threes held up in a 15.1 million chip pot that swayed the final table’s momentum in Guagenti’s favor.

Ian Steinman (APokerJoker2) picked up a few more valuable points on the WSOP $100,000 Leaderboard with another cash on Thursday, finishing in 70th place for $4,400. With Thursday’s Senior’s Event not counting in the leaderboard standings, Steinman will enter the $1,000 No-Limit Hold’em Championship on Friday as the man to beat with 3,120.13 points. He sits ahead of Ryan Torgersen (Im.Sorry) with 3,044.97 points and Robert Kuhn (BustinBalls) with 2,954.90 points after both players failed to cash in Event #29.