Paris Saint-Germain striker Neymar isn’t likely to hang up his cleats anytime soon. But when his soccer career does eventually come to an end, he might have another profession in mind: poker. 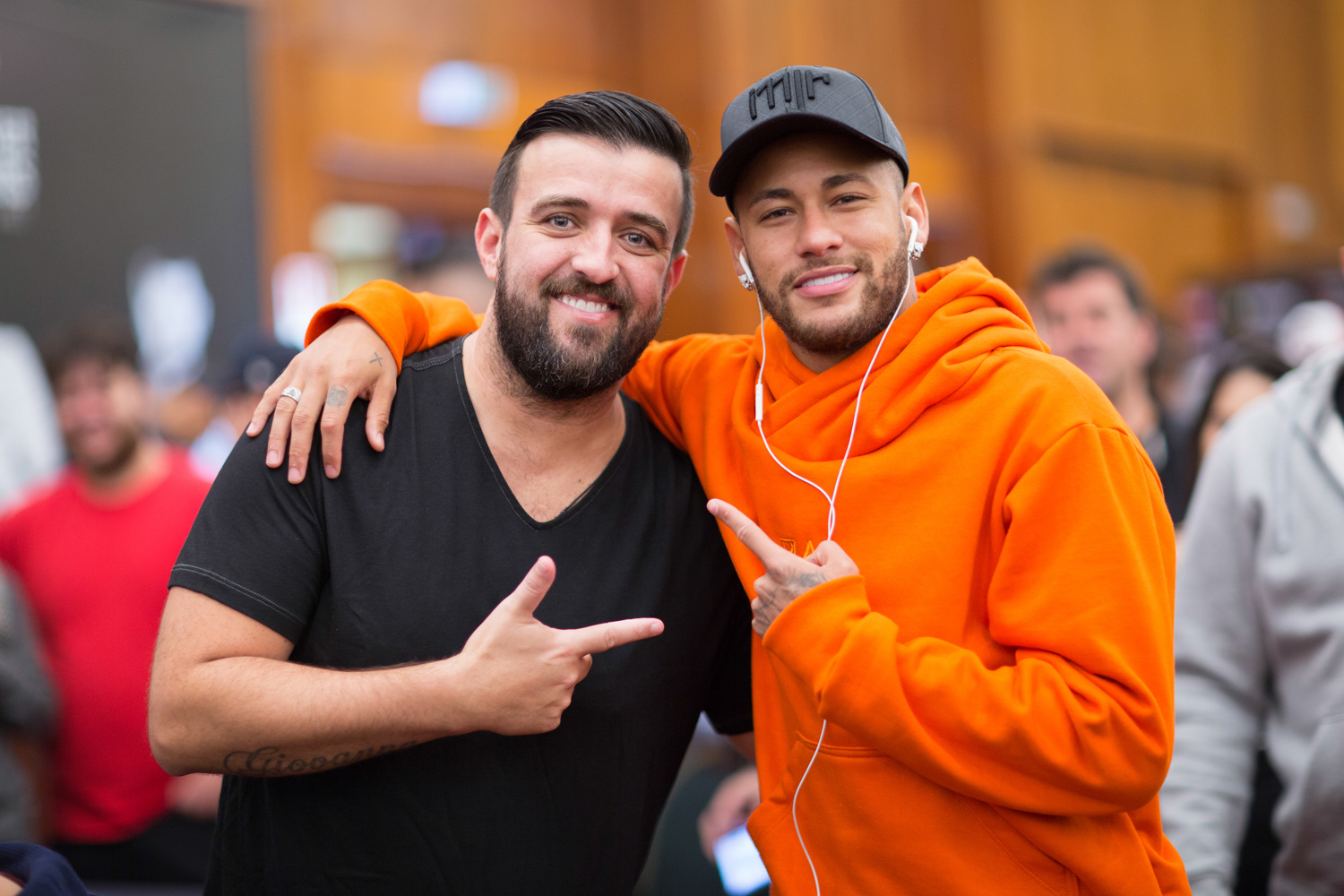 Neymar’s future ambitions were discussed by Brazilian poker pro Andre Akkari, who spoke to The Mirror about befriending the soccer superstar across the felt.

Akkari is Poker ‘Idol’ for Neymar

Akkari is one of Brazil’s most famous poker pros. With nearly $2.6 million in lifetime tournament earnings, he is third on Brazil’s all-time money list, and won a $1,500 No Limit Hold’em bracelet at the 2011 World Series of Poker.

According to Akkari, he first met Neymar when the Brazilian soccer legend mentioned him as one of his poker idols.

“I was seeing one of the biggest stars in Brazil, he was talking about poker and then he said my name,” Akkari told The Mirror. “So then when he said his idol in poker was me, everybody looks at me – and then he saw me and said ‘Akkari, come here!’, it was a really nice moment.”

In the interview, Akkari spoke of playing poker in home games with Neymar and other soccer stars, including Nene, Gabriel Jesus, and Lucas Lima. According to the poker player, the games don’t stop with hold’em, either.

“We play a lot of esports, too – Counter-Strike and things like that,” he told The Mirror. “It’s nice to have a relationship with this kind of person because you get to see how they react under pressure and how they take care of each other, how they manage a team.”

From the Pitch to the Felt

Perhaps the most interesting part of the interview for poker fans was when Akkari talked about what Neymar wants to do after soccer.

“Neymar keeps saying that after he quits football he’s going to play poker for real, become a professional,” Akkari said. “He’s a really smart guy – he keeps asking me about hands and techniques every day. He’ll send on WhatsApp a hand that he played in his home game, he’ll play that like I’m playing the World Series or the EPT.”

The fact that Neymar is an avoid poker player is nothing new. He signed as an ambassador for PokerStars back in 2015, later appearing in a television ad campaign for the poker site alongside Cristiano Ronaldo.

Nor is it shocking to hear that he might actually be a good player. Last July, Neymar made a deep run in a high roller event at the Brazilian Series of Poker, ultimately finishing in sixth place out of a field of 288 entrants to win a little over $21,000.

Of course, it’s unlikely that Neymar will ever be as successful in poker as he has been in the soccer world. At age 27, he has already scored 60 goals for Brazil, making him the third-leading scorer in the country’s history. He has also led PSG to two Ligue 1 titles, and previously won the Champions League with Barcelona in the 2014-2015 season.

Sincerely, he has to be a poker professional, a good bankroll and a coach like Akarri, blessed by the gods of poker with Neymar.

he have big bankroll , not need coach 😛