Neymar Jr.’s new PokerStars video promoting “Knockout Poker” has gone viral, as the poker site continues to reap the rewards from the millions of marketing dollars it’s forked out on some of the world’s top sports stars. 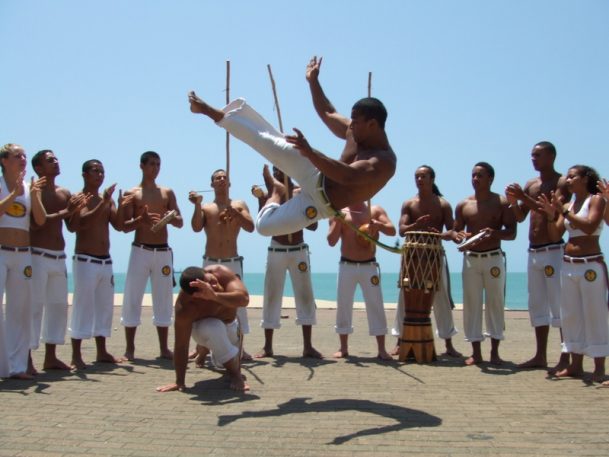 The promo video, entitled “Neymar JR’s Epic Capoeira Football KO Skills,” was uploaded by PokerStars five days ago, and has already had a modest 50,000 views and counting, but it has truly taken lift off on the soccer star’s Facebook page, with over 1.1 million views and 100,000 likes, comments, or shares.

This should come as little surprise, of course. As one of the world’s most famous athletes, Neymar has over 56 million followers on his Facebook page, while fellow PokerStars ambassador Cristiano Ronaldo has an extraordinary 111 million. Both superstars’ unprecedented reach across social media platforms has become a major factor in their “endorse-ability.”

The video itself features Neymar and friends showcasing not just their soccer skills, but also their Capoeria skills. The latter is a Brazilian martial art that incorporates elements of music and dance, with a tad of James Bond pizzazz thrown in. Soccer was also incorporated, of course, as Neymar and his Capoeria expert pals take turns blasting a soccer ball at targets in ever more mesmerizing ways (with the help of some generous CGI), which then explode almost magically into orange dust.

Those Facebook likes are only likely to grow as the Euros and Copa America kick off in a matter of weeks and soccer fever builds across the globe.

In a bit of a twist, British readers looking to find the video on YouTube should head instead to Neymar’s Facebook page, as it’s currently banned in the UK. Why? Because Neymar Junior is a little too, well, junior, for the liking of the UK Gambling Commission. Britain’s gambling laws stipulate that no one who is, or looks, under the age of 25 may appear prominently in any gambling marketing.

Apparently being visible to any and all Brits on social media doesn’t count, so there you go.

For PokerStars, anxious to attract completely new customers with its new recreational-player-friendly “Knockout Poker” format, it could be huge. While new to PokerStars, Knockout Poker is nothing new itself: it’s pretty much just a “headhunter” tournament, where each player has a bounty on their head that is rewarded to the player that knocks them out.

The prize pool is divided in two, with half of it used as payouts for top finishers as in a normal tournament, and the other half used as bounties. Thus, you don’t need to “cash,” in the traditional sense, to make cash.

It will be an online campaign, aimed at increasing the brand’s visibility and engagement across social platforms, while also driving customer acquisitions, hopefully with plenty more crazy skills and an orange dust explosion or two.

For those of you too lazy to even find Neymar’s Facebook page, we have saved you the trouble. You can watch the dramatic promo below.