New York State is getting ready to resume its legislative push to regulate online poker, according to Gambling Compliance (GC).

Assemblyman Gary Pretlow (D-89th) told the site this week that he’d recently met with the New Jersey Division on Gaming Enforcement to thrash out some issues he had surrounding player security and protection in a future regulated market on New York. 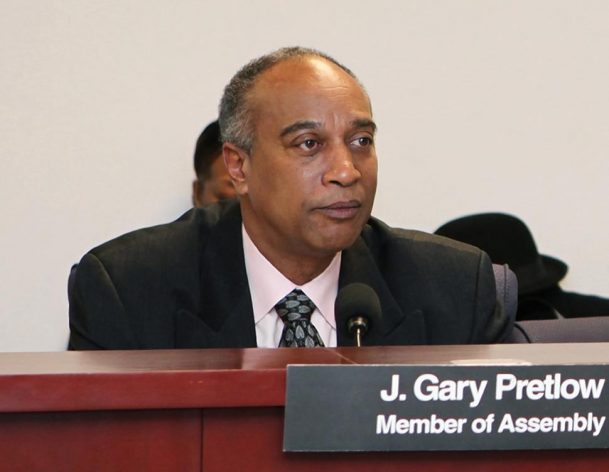 New York State Assemblyman Gary Pretlow’s concerns about regulated online poker appear to have been eased by the New Jersey Division of Gaming Enforcement. He says he is now prepared to again back a bill he abandoned in the Assembly last year. (Image: Jefferson Siegel/New York Daily News)

One Step Forward, Two Steps Back

Pretlow appeared to have plenty of misgivings about online poker towards the end of 2016, despite being the sponsor of an online poker bill in the Assembly. While the measure was slam-dunked through the Senate with an emphatic 53 to five majority, Pretlow dragged his heels in the lower chamber.

He suggested the bill was a 1000-1 shot, even questioning whether poker was a game of skill or luck. Considering his own bill sought to reclassify poker as a game of skill, this did not exactly bode well for its passage.

Senator John Bonacic (R-42nd), who had guided the bill through the Senate, proclaimed himself to be “confused” by Pretlow’s comments. Sure enough, the bill was declared dead in the Assembly just days after it had sailed through the Senate.

The assemblyman’s main concern, it seems, was the potential problem of collusion in online games, and how to prevent it. He told GC he was satisfied with the answers he received from his New Jersey neighbors and is prepared to back the bill with a little more enthusiasm this year. With the Senate already a shoo-in, all eyes will be on Pretlow’s enthusiasm levels this year.

Regulation in New York would have important ramifications for the online poker in the US. With a population of almost 20 million (more than twice that of neighboring New Jersey), the Empire State could provide a significant contribution to liquidity if there are further interstate player pool-sharing arrangements set up.

“The internet has become an integral part of society, and internet poker a major form of entertainment for many consumers,” read last year’s bill, which is likely to be similar or identical to forthcoming legislation.

“Any interactive gaming enforcement and regulatory structure must begin from the bedrock premise that participation in a lawful and licensed gaming industry is a privilege and not a right, and that regulatory oversight is intended to safeguard the integrity of the games and participants and to ensure accountability and the public trust.”

Pretlow has also indicated he wants legal sports betting in New York State and will be closely following New Jersey’s efforts to go legal in that area.