Getting Close to a New York State of Mind to Approve Online Poker, Legislators Say 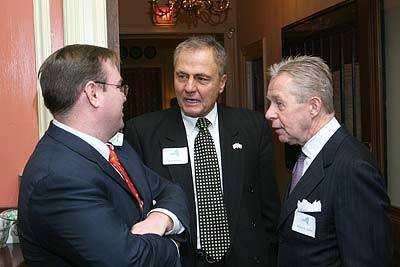 New York State is inching slowly but steadily towards approving online poker. At least, that’s how it appears following a major legislative gathering this week.

A hearing of the New York State Senate’s Racing, Gaming and Wagering Committee met September 9th to discuss the merits of future online poker regulation in the state.

While the Empire State’s online poker bill, sponsored by chair of the committee State Senator John Bonacic, has failed to gain any momentum in a legislature preoccupied with new land-based casino expansion, the meeting this week highlighted Bonacic’s commitment to his cause and determination, perhaps, to pursue his goal in the new legislative session.

This was, after all, New York’s first-ever online poker hearing, and the senator suggested to the committee that the state’s first online poker rooms could be but three years away.

The reception to the idea was largely positive, not least because Bonacic had assembled many of the likely stakeholders and potential operators in a future regulated market.

Among those present were representatives from MGM Resorts International, Caesars Entertainment Corp., and Borgata in Atlantic City, as well as James Featherstonhaugh (apparently pronounced “fan-shaw”), president of the New York Gaming Association. The latter represents the interests of the state’s racino industry.

Most witnesses expressed their enthusiasm for regulation, but a note of caution came from Featherstonhaugh, who argued not only that racinos must be included in regulation, but also that out-of-state licensees could damage revenue for the state’s nine racinos.

“We’re not saying this will destroy racing or gaming as it exists,” he said. “We are saying we should proceed carefully as we do it.”

“If the gaming industry doesn’t innovate it will be Amazon’ed by other forms of entertainment,” he warned. “Internet poker can be effectively regulated.”

This was seconded by Michael Pollock, managing director of the Spectrum Gaming Group, who said that 85 percent of people in New Jersey who gamble online had never previously visited a New Jersey casino.

Internet poker “attracts millennials,” he said, who are less interested in land-based casinos than their older counterparts.

David Satz, who acts as Senior VP of Government Relations and Development for Caesars Entertainment, warned that a slow approach to regulation might be unwise, citing the looming threat of Sheldon Adelson’s RAWA.

“I think it’s critical everyone understands the federal threat and effort by a certain individual to ban Internet gaming in all states is very real,” Satz said. “There were hearings in March, and there’s rumor of more hearings this fall. Sitting and waiting as one witness suggested I think could be a mistake. What’s at stake here is the 10th amendment rights for a state to determine its fate.”

Potential state revenue as a result of regulation was quoted variously, as $1.7 billion to $2.8 billion over a 10-year period (by Satz), to a more conservative $122 million in the first year and $161 million from the fourth year on (by Cochran).

Operators were broadly accepting of Bonacic’s proposed 15 percent tax rate, but felt a one-off $10 million licensing fee was too high.