Poker players in New York received a glimmer of hope about a future world that doesn’t require them to drive to New Jersey, thanks to a proposed state Senate budget that calls for regulated online poker and sports betting. 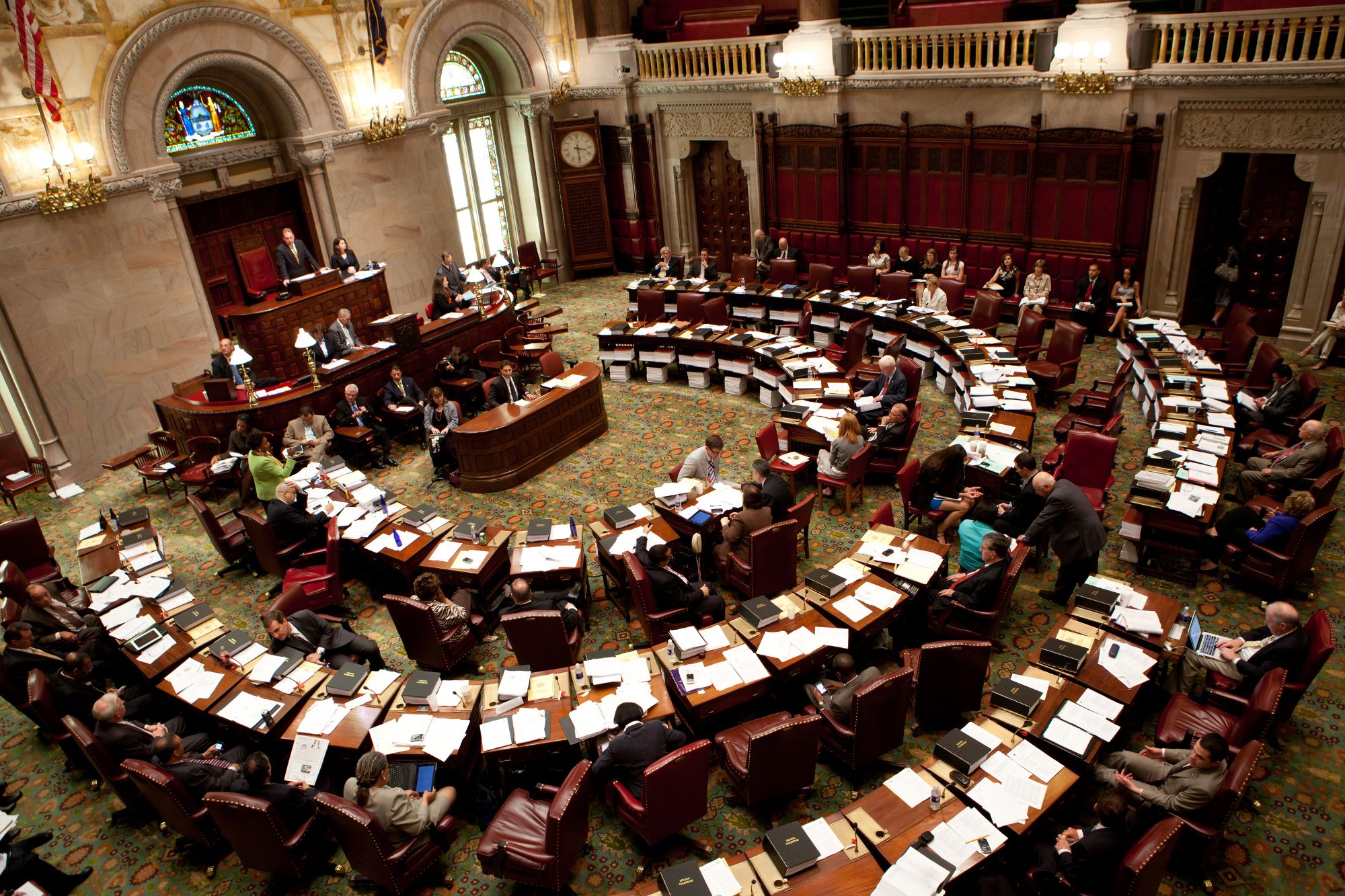 The New York Senate has included sports betting and online poker in its proposed budget for the 2018 fiscal year. (Image: buffalonews.com)

With Pennsylvania recently becoming the fourth US state to legalize internet gambling, lawmakers in New York and other states may be feeling the pressure to follow suit. That’s the good news.

The bad news is this isn’t the first, or second time legal online poker has been a proposed component of a New York state budget. Twice in the past, state Senators considered legalizing internet gambling to help fund the budget, but it takes two to tango.

The Senate alone cannot legalize poker sites. The Assembly, which has never so much as voted on a poker bill, and Gov. Andrew Cuomo, must approve the measure before the law is changed.

A proposed budget is just that – a proposal. Many pieces of any proposed state budget end up being left out of the finished product.

With that said, it’s possible that neighboring Pennsylvania’s decision to legalize iGaming in 2017 could serve as a positive influence for New York lawmakers. Or, maybe not. No one truly knows what all the key decision makers are thinking on the issue at this point.

Online poker may never receive the same positive reception from lawmakers in most states as sports betting, which means New York is more likely to approve the proposed sports betting addition to the budget than the poker part, pending an upcoming US Supreme Court ruling.

In the coming months, perhaps even sooner, the Supreme Court is set to determine if the Professional and Amateur Sports Protection Act (PASPA), a law that only exempts four states from a federal sports betting ban, is unconstitutional.

Should the Supreme Court strike down PASPA as most legal and gambling experts anticipate, individual states will have the right to legalize sports betting. In preparation for the upcoming ruling, New York and many other states are already considering legislation that would establish a means of licensing and regulating legal sports betting.

Last year, Pennsylvania became the fourth state to legalize online poker, and the first since 2013, ending a frustrating four-year period of minimal progress around the country for the poker community. And New York lawmakers appear to be, at the very least, seriously considering becoming the fifth state to legalize the online game.

So, the US online poker industry isn’t all doom and gloom.

But considering California, which has the largest economy in the country and sixth largest GDP in the world, lawmakers recently all but ensured internet gambling legislation won’t even be discussed in 2018, it isn’t all unicorns and rainbows either.

Still, with Pennsylvania coming online, the number of people who can legally play online in the US will just about double. And if New York follows suit, it will come close to doubling again. These are the prospects that keep hope alive.

I believe that tournament poker can really be called sports poker. Since in it every participant pays a big role in building a strategy for the tournament. As for the cash game, it really can be considered a gamble. Since in the cash game itself the essence of the game is more like a lottery. Once doubled and enough, the goal is fulfilled))

Cash is more of a gamble that MTT? Really disagree!
I feel like any time there is a post about o-poker in US I’m on it like flies. =)
Just hope that it moves. Althpough the movement is so slow it’s almost inexistant…
The situation that players are “forced” to play on sites like WPN is just sad. You just must be a “rec”. Most of the profs are worried to play anywere that is not PS/PT/888 with articles comming about bots/super users and “interessting” EV/profit lines, and if I would be an American I would be worried too.