A bill seeking to legalize online poker in New York, the nation’s third most populous state, was amended this week to include a “bad actor” clause, which may affect the odds of getting all the way to the governor’s desk. 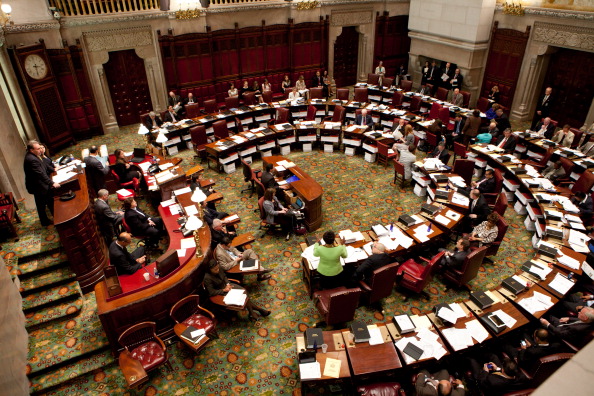 If Sen. John Bonacic’s S3898, which now includes a “Bad Actor” clause, has any shot of bringing online poker to New York in 2017, it will need to pass an Assembly vote by the end of the month. (Image: WIBX 950)

New York Sen. John Bonacic’s Senate Bill 3898 originally won approval in the Senate Finance Committee without any bad actors clause. Now the amended version is slated to go before the state Senate for a full vote.

If you answered Nicholas Cage you wouldn’t be wrong, but we’re talking about poker here.

The bad actor clause was added prior to the third and final reading on the bill. According to a copy of the bill obtained by CardsChat, a “bad actor” applicant would be defined as:

(I) has at any time, either directly, or through another person whom it owned, in whole or in significant part, or controlled:

Basically, any online operator that operated in the United States after the Unlawful Internet Gaming Act (UIGEA) passed in 2006, like PokerStars, would not be able to obtain a license to partner with a land-based casino to offer online poker in New York. Based on the language above, the fact that PokerStars changed ownership in 2014 wouldn’t absolve it of being a bad actor.

Similar language has proven to be a major obstacle in moving legislation forward in California, and certainly casts a cloud over possibilities in New York.

Prior to the amendment, language in the bill gave advocates of New York online poker hope. After all, it was one of the few pieces of legislation in the country that seemed to recognize poker as a viable form of entertainment.

“The Legislature further finds that as the internet has become an integral part of society, and internet poker a major form of entertainment for many consumers,” the bill reads.

“Any interactive gaming enforcement and regulatory structure must begin from the bedrock premise that participation in a lawful and licensed gaming industry is a privilege and not a right, and that regulatory oversight is intended to safeguard the integrity of the games and participants and to ensure accountability and the public trust.”

If the bill goes before the senate and passes by a majority vote, which it did by a 53-5 margin last year, then it would go before the House. If they approve an identical bill, then it can go to the desk of Gov. Andrew Cuomo. Coincidentally, or some would say suspiciously, David Baazov, former CEO of Amaya, which owns PokerStars, allegedly made illegal contributions to Cuomo’s re-election campaign in 2014.

However, some proponents are now skeptical that the bill will even get a vote in the Assembly, which last year let the session expire without considering the topic of online poker.

State legislators adjourn for the summer later this month, so time is running out for New York to become the fourth state to legalize internet poker and change the American landscape for the online game.

Party poker could have a monopoly.