Less than two months after opening in April, Paradise City Incheon announced it will be hosting an Asian Poker Tour event. It marks a big step for the newest integrated casino resort in South Korea, which is seeking to become a major regional player in a shifting Asian gaming landscape. 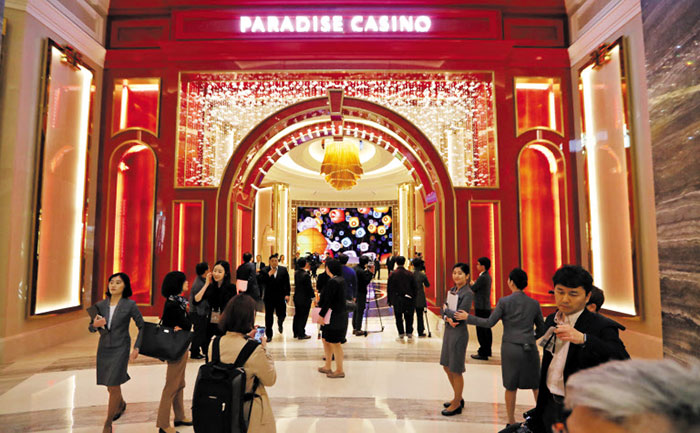 The newly opened Paradise City Incheon will serve as a stop on the Asian Poker Tour in August, but local players will be turned away at the door if they want to buy into this event. (Image: Chosun Media)

The APT Korea Incheon will kick off on August 12 at the Paradise City casino. This will follow the APT Philippines, which runs July 19-27 at Resorts World Manila, recently the site of a tragic mass murder.

One safe bet, however, is that a Korean likely won’t win at the inaugural stop of the APT on the Korean peninsula. Usually such tours exist to bring local players together with regional rounders.

South Korea has 17 casinos, but only one, located more than 90 miles from Seoul, is open to Korean nationals.

In the spirit of integrated resorts popping up across the region, the establishment features a hotel, convention center, shopping plaza, spa, club, and carnival and performance areas.

The casino owners, Japanese pachinko giant Sega Sammy Holdings, also have made fine art key to the experience they’re trying to offer. They’re calling it an “art-tainment resort,” and have commissioned pieces by renowned local and international artists.

The owners are expecting increased competition soon, too, as Nevada-based Caesars Entertainment is planning to open Midan City in Yeongjong in 2020, and that same year tribal casino operator Mohegan Sun will be opening the Inspire Resort, which has design plans calling for an amusement park with roller coasters integrated into the hotel-casino experience.

The move also could be seen as helping China protect its sputtering gaming industry in Macau. Chinese gamblers had been frequent visitors to Korean casinos. An 8 percent increase year over year in Chinese tourists traveling to South Korea in January and February flipped in March, which saw a 39 percent drop compared to 2016.

“There are concerns about the Chinese market,” Paradise officials said in a statement. “But we don’t expect the missile issue to continue in the long term.”

Paradise City lies on the outer edge of the South Korean capital, Seoul, which is only 35 miles from North Korea and the DMZ, putting the casino well within reach of a North Korean missile launch.