Just three months after construction began, the new Seminole Hard Rock Hotel & Casino in Hollywood, Florida, is taking shape, and people are taking notice of what will become home to the biggest poker room in the region. 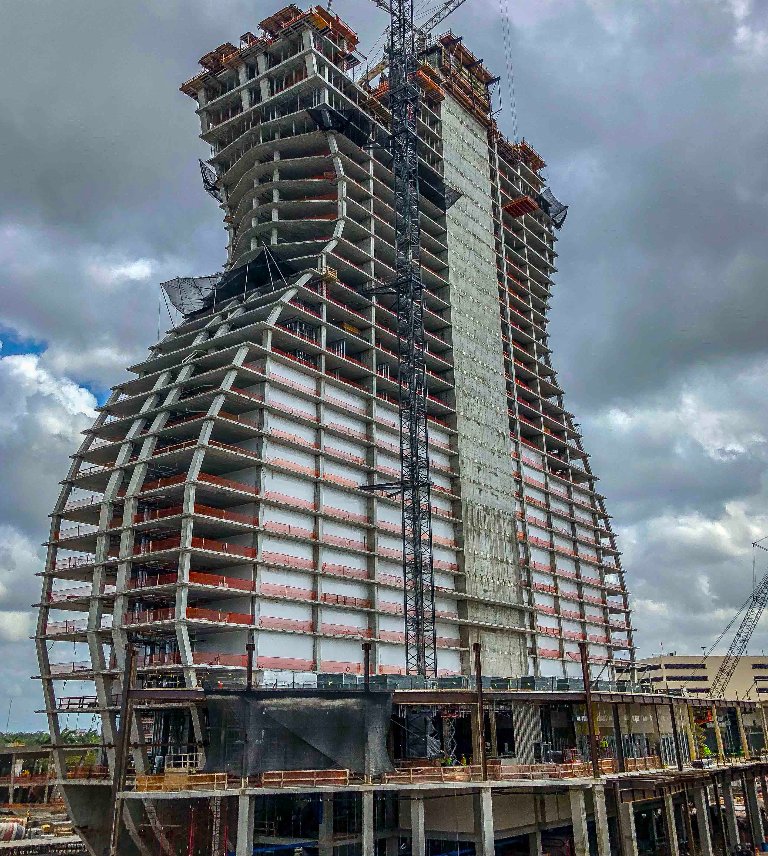 The new guitar hotel tower will be an add-on to the Seminole Hard Rock, and already it is transforming the South Florida skyline. Local news station WPLG put together a video preview that is making the rounds.

The new building under construction is part of a $1.5 billion expansion of the Seminole Hard Rock Hollywood, and is set to open in mid-2019.

“It will be the first building in the world that’s truly scale-designed as an authentic guitar,” Hard Rock International Chairman James Allen explained during a presentation to Florida Gov. Rick Scott in 2016. “We could have easily just built some rectangular building. But the tribe is once again trying to create something that is iconic, that creates international tourism coming to Florida. We truly believe that the design alone will create additional tourism.”

The tower will stand 450 feet tall. And the top of it will project beams of light skyward, similar to the Luxor in Las Vegas, in the place of guitar strings.

The expansion will include 806 additional hotel rooms — 638 in the guitar hotel tower — and 60,000 square feet of new retail and restaurant space. Also part of the overhaul to make the site a full family entertainment destination includes a $100 million redesign of the Hard Rock Live venue, which is being transformed into a 7,000-seat amphitheater. 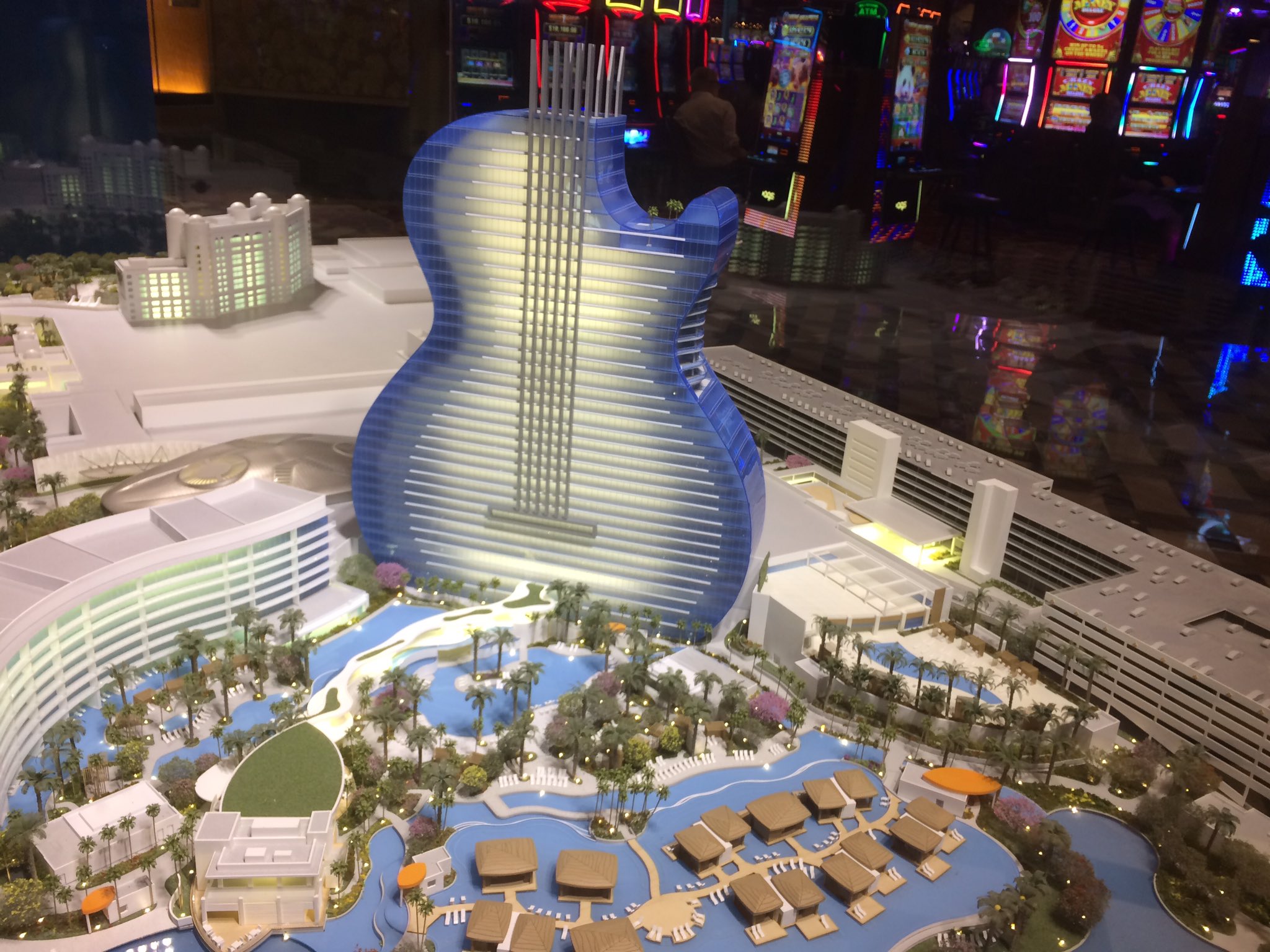 Having operated casinos in South Florida for more than 10 years now, the Seminoles are doubling the gaming space at their Hollywood property with the new tower, which will feature space for more than 3,200 slots, and will boast a new 18,000-square-foot poker room.

The current poker room at the Hard Rock has capacity for 40 tables, with cash games and tournaments running 24/7. At the start of June, the $100,000 Big Stack Special attracted 1,486 players ahead of the annual $3 million Seminole Hard Rock Poker Open, which takes place in August.

With the venue already home to in-house tournaments and the World Poker Tour’s (WPT) Hard Rock Poker Showdown, a new poker room will only increase Florida’s status as a major poker destination.

Stylish, state of the art architecture – i bet this will look amazing when it is finally complete..watch out bellagio, a new player is on the way!

It’s nice that The Seminole Tribe is expanding their poker room offerings, but keep in mind they are the primary reason online poker can’t get legalized in Florida.