After nearly a decade-long absence, poker will return to Sahara Las Vegas on Friday when the casino opens its seven-table room. 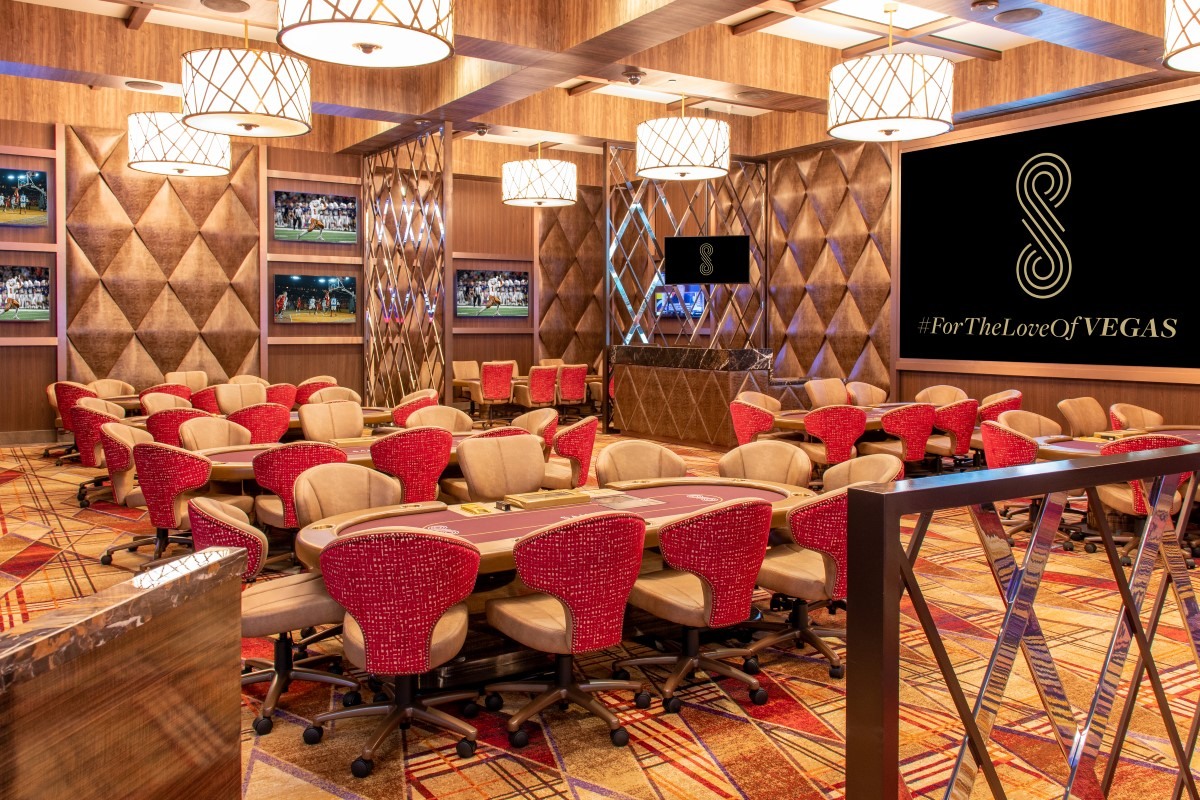 Poker returns to the Sahara on Friday after a 9-year absence. The room in the newly rebranded casino looks to breathe life into a fallow market on the northern part of the Strip. (Image: Sahara Las Vegas)

The room intends to offer a variety of cash games and tournaments, touting that available games will include Limit and No-Limit Texas Hold’em, Pot-Limit Omaha, Seven-Card Stud, and mixed games. The actual games dealt will depend on the whims of the clientele, and few Strip poker rooms regularly have enough interest to deal games other than Hold’em.

Tables will offer USB charging ports with table-side dining available to players via the Northside Café inside the property. The room boasts a 16-foot by nine-foot LED video wall and five televisions.

The original Sahara closed in 2011 and was imploded, making way for SLS, which opened in 2014. The resort was rebranded Sahara last June. Poker has been nonexistent on the north Strip between Encore and The Strat since Circus Circus closed its poker room and Riviera closed its doors.

The new Sahara room will rake hands at 10 percent with a $4 max. The poker room webpage says promotions such as “Progressives” and “Flush Frenzy” are coming soon, and presumably extra money will be taken out of each pot to pay for these.

“The promotions are in the final phase of the approval process,” he said in an email. “Details about them will be provided very soon.”

The listed hours of operation for the room are 10 a.m. to 2 a.m. daily, but Pique said that’s not a hard-and-fast rule.

“While our hours of operations are listed at 10a-2a, we will never shut down active games to close,” he said. “If we are dark at 2am, we will shut down and reopen at 10am.”

Players will get $2 in rewards per hour that can be redeemed at several Sahara restaurants.

A grand opening celebration will be hosted on Friday, Feb. 21. Players can enjoy champagne and hors d’oeuvres, and win branded swag, gift cards and more.

I would love to give their poker room a try ; I hope it is a success .