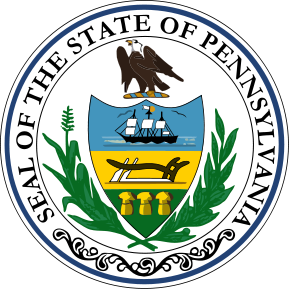 Online poker could be huge for Pennsylvania, says a new report.

Reasons to be cheerful if you’re a Pennsylvanian poker player: online poker – and online gambling in general – would be a financial boon to Pennsylvania, says a new report, commissioned by the state’s Legislative Budget and Finance Committee (LBFC). The study concluded that online poker would eventually generate $129 million in revenue per year if it were legalized, while revenue from other casino games would total $170 million.

While many of the newly regulated states overestimated their projections before legalization, the report is sure to make interesting reading for lawmakers who are currently debating whether or not to regulate.

In fact, the study, which was conducted by consulting firm Econsult and is entitled “The Current Condition and Future Viability of Casino Gaming in Pennsylvania,” claims that online gambling could be the largest source of increased tax revenue for the state, potentially creating $68 million in revenue in its first year and $110 million after that.

And for a state that is concerned about its ailing land-based casino market, the report contradicts the received wisdom of the Coalition Against Internet Gambling, that online poker will damage brick-and-mortar casinos; instead, it foresees a “synergistic” relationship between the two that would “generate an increase in casino foot traffic and land-based revenue as new [online] gamers become comfortable with playing poker.”

The “cannibalization of gaming,” then – to use the rhetoric of the Sheldon Adelson brigade – is a myth, according to the report. Online poker, far from keeping poker players out of the casinos, is merely a substitute for other forms of entertainment, such as watching a movie. In fact, it brings more players into the casino – as more players learn the game online, they progress to playing live. It’s what we’ve been saying for years!

Interestingly, the report also noted that general online gambling attracts a different kind of demographic than its land-based counterpart. Online gamers, it says, tend to be younger, better educated and on a higher income level, it said.

“What is important is that synergistic opportunities that increase land-based gaming be realized, and the allocation of profits from iGaming does not affect this,” says the report. “So long as PA casinos are able to market to iGaming players, and so long as the player data is available through these partnerships, then the allocation of profits to operators will not affect the state’s interests.”

Too Early to Say

On the subject of taxation, the report recommended that rates for online gambling operators should be marginally above those of brick-and-mortar casinos, to account for their lower operating costs, although in the short-term, so that the online gambling can establish networks and compete against illegal offshore sites, the state should go easy on operators. It recommends a low tax rate to begin with that would increase “to 20 percent and 60 percent respectively over time.”

While there are bound to be some naysayers, this is all very positive for Pennsylvania’s poker players. Director of research at Econsult Adam Ozimek said it is hard to tell whether the report will result in regulation.

“I think it is early to say what the wider reception to the study is going to be, but in the Legislative Budget and Finance Committee hearing the reception was generally positive,” he said.